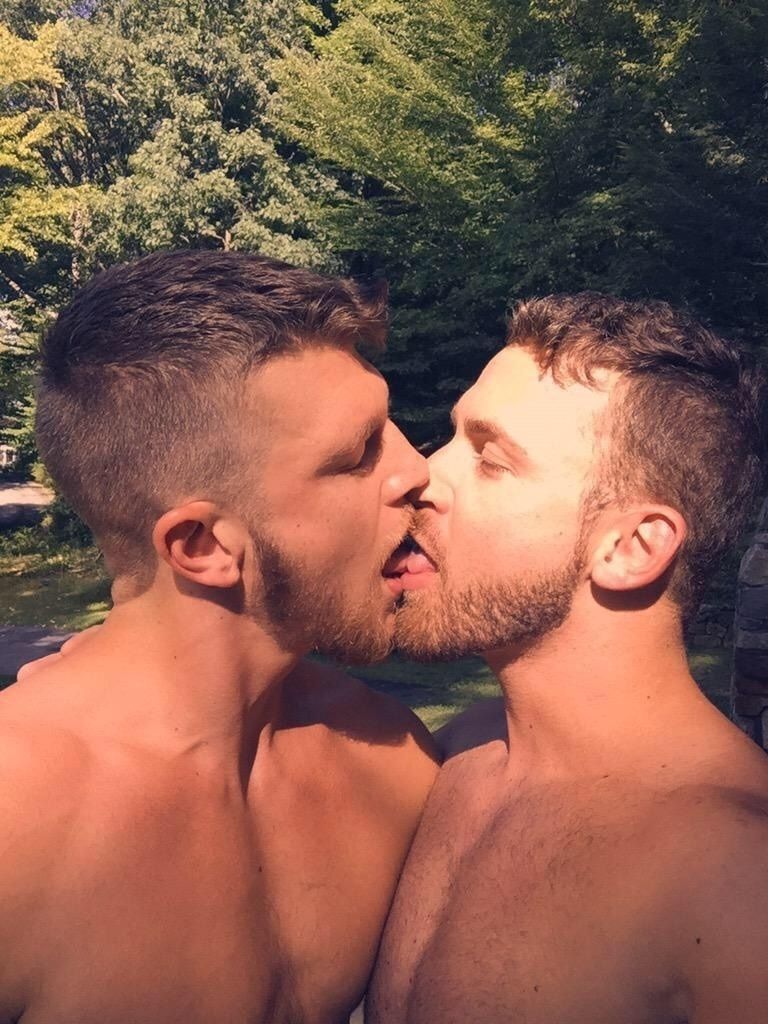 HBS, is your gay fixation due to your regret at carnally knowing Sharon? Understandable.


you know Mike will eat up the body of the show with travel saga, maybe he can get a segment Tuesday

I've been binge listening Big O and Dukes and it's pretty good (and they have a much better studio) except there's one audience retard who's way overmiked and roons everything with his non-stop laughter. They've gotten complaints but don't care to do anything about it. Chad's show on WJFK is pretty good too, and I have no use for sports because the beetes took my feet. What I'm saying to all you who "stumbled on this site" is if TMOS went belly up tomorrow I'd be fine.
Options: Reply•Quote
Re: The Mike O'Meara Show
Posted by: well adjusted ()
Date: August 21, 2017 06:43PM
I just dropped by here to hear about Robb sobbing about Jerry Lewis.

Kudos to Jerry Lewis for his charity work, but I hear he was an ass that nobody could stand to work with.

Can't wait for another great year with the TMOS show every bodyyyy
Options: Reply•Quote
Re: The Mike O'Meara Show
Posted by: Mira ()
Date: August 23, 2017 12:41PM
He shares lots of Facebook posts from the politician of the same name who looks like he could be this guy's dad.

Let's bring back Buzz, Tom Gavin, RJ and Mark to bask in the goodness of the Mike O'Meara Show!!!

Not dead; just hibernating during the lazy krew's time off from their fake radio show.
Options: Reply•Quote
Re: The Mike O'Meara Show
Posted by: cum in the northman ()
Date: August 23, 2017 03:59PM
Jon snow had just arrived to kings landing and is exploring the Catacombs when suddenly, he hears footsteps behind him. He turns around and draws Longclaw out of his belt, ready to fight if need be. "What brings you down here?" comes the smooth voice of none other than Jaime Lannister as he comes into view. "Oh nothing I'm just looking around" Jon replies returning his sword to his belt since Jaime posed no threat at this point. "Oh.. is that so?" says Jaime walking up to Jon and pinning him against the wall "I feel as though we could both be doing better things with our time" the king slayer breathes seductively into The king in the north's ear. Jon feels his pants tightening and lets out a soft moan in response as Jaime begins to slowly palm and massage the kings hardening cock. "Lets say we lose those clothes of yours hm?" Jaime suggests lowly and Jon nods eagerly, capturing the Lannister's lips for a quick kiss.

Jaime removes Jon's articles of clothing and then his own, softly trailing his hand along the scars on the kings Torso. Jon winces under his touch but quickly relaxes when Jaime drops to the floor and teases his cock with his cleverly skilled tongue. Jon grips his golden hair and tips his head back in delight as Jaime takes all of the kings cock and performs the best deep throat blow job the king has ever experienced. Jaime reaches up and pries 3 of his fingers into Jon's mouth and removes them once the king had sufficiently lubricated them. Jon's breath hitches as the golden haired man slips a finger into his virgin hole, beginning to slowly finger him, continuing to work wonders on the kings cock. Jon begs for more and the king slayer obeys, adding the next two and coming off the kings cock with a lick of the lips.

Jon whines at the loss when Jaime stands removing his fingers and looking at Jon with a devilish smirk, Jon opens his mouth to say something but instead gasps as Jaime thrusts his golden hand up Jon's arse, stretching him wider. A few tears fall from the kings eyes but nonetheless he moans lowly quite enjoying the feeling after not too long. Jaime slicks up his huge throbbing cock and quickly replaces his gold prosthetic with it. Jon cries out and moans loudly as he is brutally fucked up the wall, the rocks wall scraping his back adding to the pleasure. Low moans and whimpers escape him and he cums with a long moan.

He really can't get over it.

That "subtle" jab at Buzz today about "certain professions making people look smarter than they are, like news people".

If this is the length of time and hate that he retains in that fat ass of his for a small single conversation, can you imagine what has built up in his alcohol-laden damaged brain for all the big stuff in his life, like his divorces, his firings, his fatness, his skills as a father, etc?
Options: Reply•Quote
Re: The Mike O'Meara Show
Posted by: peekza ()
Date: August 28, 2017 05:10PM
Yeah, Buzz really got to him apparently...The first jab would have probably gone unnoticed if not for Robb trying to pile on...But the second, later dig, was pretty blatant...The best part of the entire argument(and the REAL reason Mike can't seem to let it go) is that Buzz was correct...You DO get a better view of the horizon/space shuttle with a higher vantage point...You would think someone who grew up"on the water" would know that
Options: Reply•Quote
Re: The Mike O'Meara Show
Posted by: Torn Pentacle ()
Date: August 28, 2017 05:37PM
That's why the old-timey ships had "crow's nests" and why they had "watchtowers" on land. For me the best part of that day was the challenge to "compare diplomas". AU was a safety school back when Mike went. It took him two years to get there, and a "Broadcast Journalism" degree, which was probably really called Communications, is nothing to write home about.

He thought he was getting a dig in but he was really throwing out a reminder of what should be one of his most embarrassing moments.

The cheap shots at Buzz by both Mike and Robb were embarrassing, petty, and childish.


Mike probably thinks those people are rubes too...And Robb agrees with him
Options: Reply•Quote
Re: The Mike O'Meara Show
Posted by: peekza ()
Date: August 28, 2017 09:24PM
What do the intelligent Klubbers think when they hear Mike lampoon Buzz's logic? Joel Rodgers flies planes for God's sake...He CAN'T possibly believe Mike's flat Earth theory...Trip Affleck, noted Buzz fan and self appointed internet sheriff? Nothing? Can you imagine the thousands of ass kissers who would love to point out the utter stupidity of his theory if Oscar said it...Hell, they would start a new facebook page with that jewel...But they won't utter a peep if Dear Leader utters it...As proven
Attachments:

Wow, were nerves raw during that show.
Options: Reply•Quote
Re: The Mike O'Meara Show
Posted by: Ermagerd Drted Rfrnce () ()
Date: August 29, 2017 03:47PM
So any word on Robb's Jerry Lewis tribute?

Spewak's response to Certa's complaint that he always called his wife "Celine" on TMOS was that he thought she wanted to be out of the spotlight. Alise Certa has a podcast with Marcus, acts in local theater, and is considering running for public office. Yep, she doesn't want her name out there. The real reason Certa doesn't like Spewak calling her Celine is that it's a slam: Alise, shall we say, does not happen to share Celine Dion's figure. God bless her, she makes an award-wining pie.
Options: Reply•Quote
Re: The Mike O'Meara Show
Posted by: Elvis pillowcase and duvet, etc. ()
Date: August 29, 2017 05:24PM
Alise ain't shy:

Love and Dishes. We are your hosts – Alise and Marcus from the Green Mountain State, Vermont (yes, that is a state!). We love food, and we love each other too. So, we figured we would start a show based on those two passions.

A special adults only episode: Alise and Marcus make other people’s weddings about themselves, and Alise decides to give an impromptu sex ed class for the masturbatorily (is that EVEN a word?) challenged.
Options: Reply•Quote
Re: The Mike O'Meara Show
Posted by: peekza ()
Date: August 29, 2017 05:27PM
It killed Spewak because ALL of Certa's complaints was 100% on the nose...The fucked out clips, his Middle School announcing, the fucking Coke machine, the digs at Certa's wife...The fact that he thinks ANYBODY want's HIS job is hilarious...I'm sure there is a LOOOOOOONG line of people forming to be Mike's ass-kisser

Didn't he tell us a month or two ago that the time he fell down and hurt himself was "my last barfight"?
Options: Reply•Quote
Re: The Mike O'Meara Show
Posted by: Wait a Minute Not ()
Date: August 29, 2017 06:48PM
Robb's kids aren't on the football team so how is that being involved with his children? Certa for the win.

Labradoodle from a breeder in Pa. Not very economical but the boy has a taste for the finer things in life!

The ones purchased with a cash advance from South America.

It did seem they put the lame "you are leeches if you don't subscribe" shtick on the back burner yesterday in light of Hurricane Harvey. We'll see how long that lasts. Hopefully they realized that was played out anyway.

Oscar paid $3500 for a dog? Nice. I don't ever want to hear them cry poor mouth again. Someone should let him know there are shelters full of free dogs. But it's not like the Red Cross could use that $3500 to help people in Houston or anything.
Options: Reply•Quote
Re: The Mike O'Meara Show
Posted by: nog cock and pizza faggot ()
Date: August 30, 2017 01:47PM
Pizza,

Question for you. Since you are this thread's resident nigger expert (you being a nog and all), why do your people (the nogs) loot so much?

Do you people consider what is happening in Houston better than Xmas?