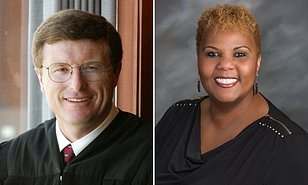 a review of the L.A. court homepage shows that L.A. refuses to say if a nigger/hispanic/asian illegal alien is replacing him as Chief Judge

i'm sure he was quietly told if he didn't step down his childen would be murdered and there would be a "protest" outside his house and looters hiding in his garage - that's how niggers get power. abuse of free shit handed to them by "The Government"