Welcome to Fairfax Underground, a project site designed to improve communication among residents of Fairfax County, VA. Feel free to post anything Northern Virginia residents would find interesting.
Goto Topic: Previous•Next
Go to: Forum List•Back to Forum•Post New Topic•Search•Log In•Print View
The Democratic Middle Already Lost to Trump Once. Do We Really Want This to Happen Again?
Posted by: The Different Drummer ()
Date: August 13, 2019 06:17PM
“I don’t understand why anybody goes to the trouble of running for president of the United States just to say all the things we can’t do and shouldn’t fight for.”
- Elizabeth Warren

With the current president and the rest of his party intent on destroying Obamacare, healthcare is the perfect issue to display the differences between the opposition and the status quo. A recent poll showed that 51 percent of Republicans supported “a policy of Medicare for All”. This gives Democrats the perfect vehicle to display why voters should allow them to take control of the White House from a president who’s justice department has joined a lawsuit that, if successful, would remove protections from the most vulnerable, including those with pre-existing conditions. Instead, the moderate Democrats in the field of presidential candidates have attacked the quickest path to universal health care coverage. Even worse, they have done so by framing it as a way to “get rid” of the protections provided by Obamacare.

Joe Biden made it clear that the passage of Obamacare was “a big fu&!ng deal.” It did, in fact, add nearly 20 million people to the health insurance rolls. However, the coverage it provided was far from universal as about 27.3 million people (8.6 percent of the population) continued to lack health insurance coverage in 2016. By relying on private health insurance, Obamacare ensured that marketing costs, corporate profits and CEO salaries would continue to contribute to inflated health care costs. Additionally, the continued reliance on employer-sponsored insurance decreased our competitiveness against corporations based in countries providing government-based healthcare and left employees vulnerable to losing their coverage when they lose or leave their jobs.

The Republican assault on Obamacare has also shown the limitations of incremental improvements to the health care system. While Trump and his cronies were unsuccessful in their attempts to repeal Obama’s biggest legislative achievement and replace it with absolutely nothing at all, they did enough damage so that “the number of uninsured increased by more than half a million in 2017.” This was the first time since the implementation of Obamacare that the number of people who were unprotected by health insurance increased. Any system implemented to fix what Trump has broken needs to be done so in a way that provides protection from future Republican administrations.

One advantage to a Medicare for All system is that every American will have skin in the game. With the exception of the very rich, they will depend on the system working and will have a reason to hold politicians accountable for ensuring that it is not weakened. The universality of coverage is what keeps Social Security protected. Republicans and moderate Democrats score points attacking Democratic Socialism, but Social Security is a type of benefit that would be covered by that banner.

Alternately, Biden and other corporate Democrats propose giving the uninsured the option of participating in Medicare, a solution that they rejected during the original passage of Obamacare. The problem with that solution is that it can be too easily reversed in the future; Democrats giveth and Republicans taketh away. With only the most vulnerable benefiting, politicians will find it too easy to bargain away the programs. To ensure the needed protections, those with political power must be convinced that it is in their best interests to do so.

Hillary Clinton did not lose to Trump because she was less qualified, rather she lost because she represented the status quo in a system where the working class has fallen behind. Instead of learning from this experience and promoting a health care program that would eliminate health care insecurity, the moderate Democrats use Clinton’s failed strategy of fear-mongering to recycle the Republican line that Medicare for All would outlaw private health insurance instead of focusing on the fact that it would make it obsolete. After all, who needs an overpriced, ineffective health-care system where coverage can be taken away at will when we can have one that “eliminates premiums, deductibles, and co-payments”?

Even a study funded by the ultra-right-wing Koch brothers agreed that Medicare For All “would reduce national spending on health care while expanding and improving coverage” and that “the average person would save more on health care than they would spend on increased taxes.” How is that not a winning strategy in 2020?

Options: Reply•Quote
Re: The Democratic Middle Already Lost to Trump Once. Do We Really Want This to Happen Again?
Posted by: Political Climate Disaster ()
Date: August 13, 2019 06:28PM
Democrats aren't really inspiring many of us at all. I haven't even tuned in to watch a debate.

We just want Trump over, gone, finished. He's tiresome in every negative way possible. He's like a really nasty sick stinky farter continuously belching filth that won't leave the small crowded room.
Options: Reply•Quote
Re: The Democratic Middle Already Lost to Trump Once. Do We Really Want This to Happen Again?
Posted by: Marianne Williamson FTW! ()
Date: August 13, 2019 06:50PM
Liz Warren's a liar with a voice more annoying than Hillary.

Kamala Harris is a cop and another liar.

Pete Buttigieg is gay and won't get any respect on the world stage unfortunately.

Bernie Sanders is too old and too far left.

Andrew Yang is smart but too radical.

Tulsi Gabbard had a good outlook on foreign affairs, but the military industrial complex and neocons hate her.

Marianne Williamson is smart, compassionate and beautiful. And she is naive enough to be totally harmless.
Options: Reply•Quote
Re: The Democratic Middle Already Lost to Trump Once. Do We Really Want This to Happen Again?
Posted by: Good Info ()
Date: August 13, 2019 07:36PM
So any of the above - just don't vote for Trump.

People aren't going to buy Trump's bullshit this time around. Trump will maybe get 25% of vote.

Let also not forget that half of the democrats didn't even bother to vote because they thought Hillary would easily win. Hillary also won the popular vote with an extremely low democratic turnout.
Options: Reply•Quote
Re: The Democratic Middle Already Lost to Trump Once. Do We Really Want This to Happen Again?
Posted by: I know >500 former trumtpardz ()
Date: August 13, 2019 08:48PM
I personally know over 500 people who enthusiastically voted for trump, who now want him out of office.


^ FIFY
Options: Reply•Quote
Re: The Democratic Middle Already Lost to Trump Once. Do We Really Want This to Happen Again?
Posted by: JCWKG ()
Date: August 13, 2019 09:11PM
What a maroon! 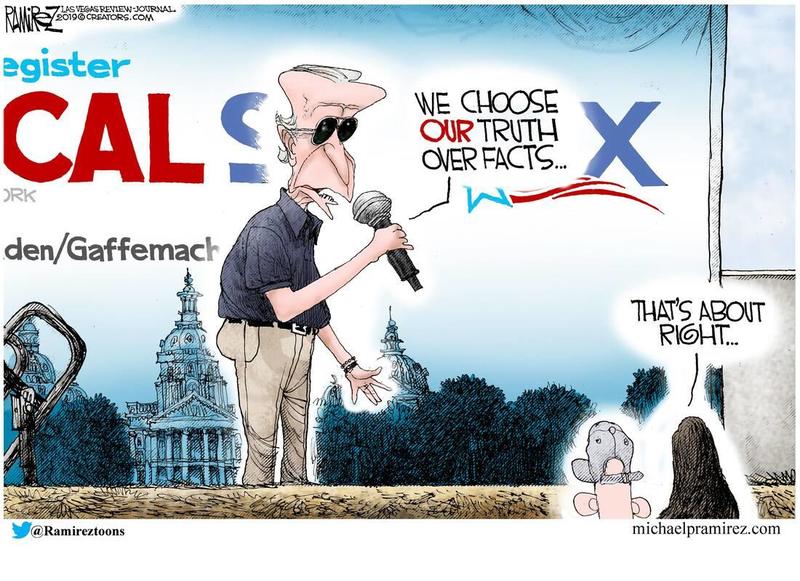 I do not want free healthcare.

I do not want free college..

> I'll be voting for Trump twice.

AKA, I'm drinking the Trump koolaide because I'm not that intelligent.

You sound like a sixth grader.
Options: Reply•Quote
Re: The Democratic Middle Already Lost to Trump Once. Do We Really Want This to Happen Again?
Posted by: I won't repeat the mistake ()
Date: August 13, 2019 11:07PM
I can't believe I fell for that buffoon trump.

I won't again; nor will any of my fellow former trumptardz.
Options: Reply•Quote
Re: The Democratic Middle Already Lost to Trump Once. Do We Really Want This to Happen Again?
Posted by: Former Clinton Voter ()
Date: August 13, 2019 11:22PM
Switching to Trump.