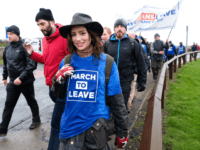 You don't want parliament to be on strike because they'll be spending your money at the beach until they re-convene.

YOU WANT THEY'RE PAYCHECKS ON THE LINE and no ability for them to give themselves raises. You want them to pay any EURO debt looming from their own pockets or in jail for betraying the taxpayer / lack of feduciary duty (meaning completely reckless behavior with billions of dollars).