Welcome to Fairfax Underground, a project site designed to improve communication among residents of Fairfax County, VA. Feel free to post anything Northern Virginia residents would find interesting.
Goto Topic: Previous•Next
Go to: Forum List•Back to Forum•Post New Topic•Search•Log In•Print View
Fairfax police search for man who exposed himself, assaulted woman at Target
Posted by: Catch this freak ()
Date: October 12, 2021 08:53PM
Officers responded at 5:22 p.m. to the Target at 6600 Springfield Mall for the report of a man who assaulted the victim inside the store.

Preliminarily, officers determined a man approached the victim from behind, exposed himself and made physical contact with her, Fairfax County police said in a news release.

The victim pushed the man back and he ran away. Officers conducted an extensive search of the area and did not locate the suspect, but surveillance footage of the incident was recovered from Target. 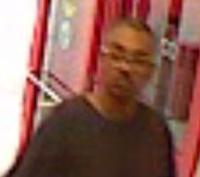