Welcome to Fairfax Underground, a project site designed to improve communication among residents of Fairfax County, VA. Feel free to post anything Northern Virginia residents would find interesting.
Goto Topic: Previous•Next
Go to: Forum List•Back to Forum•Post New Topic•Search•Log In•Print View
MS-13 & ALIKE GANG ACTIVITY IN FX!!!
Posted by: GANG ACTIVITY IN FX! ()
Date: June 16, 2019 01:24PM
There are other-than the real MS-13 LATINOS/HISPANIC gang's out of Guatemala & Honduras becoming well established in the DC metro area/NOVA and - YES - FAIRFAX, VA..
While the local police department's ARE, literally, REFUSING to take officially reported report's of the victims of same being reported!
Why? Because the local FX Police are a 'gang' - in and upon themselve's, THAT's WHY!!!
FXPD doesn't want to, simply, DO THEIR JOB and/or 'look bad' in any way involving the escalation's in CRIME going in in/with relation to the flooded invasion of Central American ILLEGAL IMMIGRATION going on, as well.


many of the residents there have been threatened and terrorized by a 1%er outlaw biker gang
Options: Reply•Quote
Re: MS-13 & ALIKE GANG ACTIVITY IN FX!!!
Posted by: steelmagnolia ()
Date: June 24, 2019 02:45PM
You want to know the real reason this is happening??? Because after the Silicon Valley bust all these mentally diseased commie-Fornians moved here and they are shifting the demographics to retard. Be ready for it, you soon too will need a crap and gang app on your phone to maneuver around safely. The Commie-fornians thought they would just be able to protect themselves in high-priced gated enclaves but the joke is on them now, you will have illegals shitting in front of your 4million house and cat calling your teen daughter. Wealth divide will not keep you safe. Fairfax Cunty is choosing to become a illegal safe haven and you will reap the disease and crime of it. All while paying 3x compared to other areas to support them.
Options: Reply•Quote
Re: MS-13 & ALIKE GANG ACTIVITY IN FX!!!
Posted by: swayboi ()
Date: June 24, 2019 02:55PM
hdsbw Wrote:
-------------------------------------------------------
> Illegal gang activity has been a problem in this
> area for TWENTY YEARS, which is far longer than
> the latest wave of illegal immigrants, or the one
> before that. I remember in the 90s programs being
> offered to try and divert young men away from
> gangs, and during that same period I remember
> looking at the notebooks on gang tags that the
> county was maintaining. Your insistence on
> treating criminal gang activity as just another
> symptom of illegal aliens is making the problem
> worse, not better.


You're a liberal, mentally diseased asshat. 99.7% of HISPANIC gang member are illegal. Why is truth your enemy??? And all those gang members were illegal 20yrs ago. I remember when South Lakes HS was run by gangs in the 90s and legal parents of all colors pulled their kids out in droves. South Lakes let illegal students who could not even read graduate. Some brought machetes to school in their backpacks and the school covered it up for them. One girl was murdered in her basement and Reston NEVER published that news. Stop fucking covering up for these people!!!!!
Options: Reply•Quote
Re: MS-13 & ALIKE GANG ACTIVITY IN FX!!!
Posted by: Sharon B ()
Date: June 24, 2019 02:58PM
It's disheartening and profoundly sad that I have to read such hateful things about our marginalized residents. 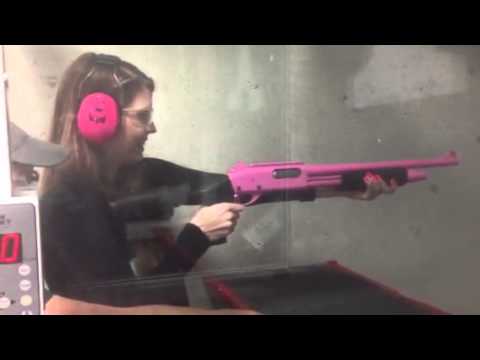 I got my daughter one of these.

I told her if she "had to protect herself" from MS-13 that I would get her an iPhone X.

BOING BOING!!!
Options: Reply•Quote
Re: MS-13 & ALIKE GANG ACTIVITY IN FX!!!
Posted by: ALL PARENTS BEWARE!!! ()
Date: July 08, 2019 08:12PM
GREENBRIAR PARK Wrote:
-------------------------------------------------------
> MAJOR LATINOS/HISPANIC GANG ACTIVITY AT THE
> GREENBRIAR PARK LOCATED ON STRINGFELLOW RD. AND
> MELVILLE LANE! THE LOCAL POLICE HAVE TAKEN SEVERAL
> OFFICIAL REPORTS ABOUT IT FROM CITIZENS YET REFUSE
> TO TAKE ANY ACTION ABOUT IT TO CORRECT IT! MANY
> MEXICAN CARTEL SENT DOPE DEALING ILLEGAL
> IMMIGRANTS WITH CAMP SITE'S ARE LIVING IN THE
> WOODED AREAS THRUOUT GREENBRIAR PARK AS WELL AS
> MANY OTHER FX PARK AREA'S THRUOUT FAIRFAX, VA.
> MANY WHOM ARE LOCATED CLOSE TO ELEMENTARY/JUNIOR &
> HIGH SCHOOLS SUCH AS WITH THE GREENBRIAR PARK. A
> SHAMEFUL SITUATION BEING PERPETUALLY GENERATED BY
> THE LEFTIST LIBERAL DEMONRAT PARTY & CROSS
> DRESSING RHINO REPUBLICAN TRAITOR'S IN/WITH THEIR
> CONSTANT HIGHLY TREASONOUS POLITICAL ACTIVITY
> AGAINST THE U.S.!

By decriminalizing drug and thefts, and letting out current incarcerated criminals for these offenses, our prison population will be drastically reduced.