Welcome to Fairfax Underground, a project site designed to improve communication among residents of Fairfax County, VA. Feel free to post anything Northern Virginia residents would find interesting.
Goto Topic: Previous•Next
Go to: Forum List•Back to Forum•Post New Topic•Search•Log In•Print View
Pages: PreviousFirst...1011121314151617181920AllNext
Current Page: 17 of 20
Re: A fear of weapons is a sign of retarded sexual and emotional maturity
Posted by: The Facts ()
Date: July 13, 2019 03:50PM
Gun Control Doesn't Work to Reduce Violence, According to the CDC and the Rand Corporation

"During 2000--2002, the Task Force on Community Preventive Services (the Task Force), an independent nonfederal task force, conducted a systematic review of scientific evidence regarding the effectiveness of firearms laws in preventing violence, including violent crimes, suicide, and unintentional injury. The Task Force found insufficient evidence to determine the effectiveness of any of the firearm laws or combinations of laws reviewed on violent outcomes."

Gun Policy in America: An Overview (Rand Corporation)
"We reviewed thousands of studies to identify all available evidence for the effects of 13 gun policies on eight outcomes. After excluding studies that did not meet our criteria for establishing a law’s effects, we found little persuasive evidence for the effects of most policies on most outcomes."

Gun Control Doesn't Work to Reduce Suicides, According to the AIHW

Although the slight increase in the rate is statistically insignificant, there was a 27.52% increase in the total number of suicides during the 18 years after the gun ban.

It is obvious the gun ban had no effect on suicides. Hangings merely replaced guns as the most common method of suicide.


So what does Gun Control Do?

It Makes People Defenseless in the Face of Monsters. ESPECIALLY WOMEN

Here are some more FACTS for you DIM WIT.....

The DIM WIT says, if you ban guns suicides will go away. Yet when the Australians banned all guns there was a 27.52% increase in the total number of suicides.

The DIM WIT says during a burglary you should run away from your OWN HOME, leaving your wife and kids behind to deal with the assailants or hide. The Facts are that you have a 26% chance of being harmed if you are home during a burglary. The odds of severe injury or death are higher if you are a single female. The DEATH DEALING DEMS don't care.

After Australia imposed a Gun Ban, Sexual Assaults Increased over 22%.

In the year since the DEATH DEALING DEMS created a show glamourizing suicide, teen suicides increased 30%.

Again the DEMS don't care as long as they can push their failed agenda they'll tell any lie.


Really? You really fucked this one up.

Take a look at 18 USC 922(q). That is where the Gun Free School Zone Act is codified. 18 USC 922(q)(1)(I) states that Congress finds and declares that the Congress has the power, under the interstate commerce clause and other provisions of the Constitution, to enact measures to ensure the integrity and safety of the Nation’s schools by enactment of this subsection..

The actual purpose of the law is what Congress declared it to be and correctly cited by me. It isn't what some know-nothing on Fairfax Underground declared it to be.
Options: Reply•Quote
Re: A fear of weapons is a sign of retarded sexual and emotional maturity
Posted by: First Brancher ()
Date: July 15, 2019 01:14PM
Legislative process?

LOL! Someone's clearly never heard of the term "findings and purpose" as it relates to legislation.


Give an example of where making something a gun free zone with enhanced penalties creates an environment with deterrence higher than the penalties for shooting someone.
Options: Reply•Quote
Re: A fear of weapons is a sign of retarded sexual and emotional maturity
Posted by: free history lesson ()
Date: July 15, 2019 02:16PM
Actually... Wrote:
-------------------------------------------------------
> Have a seat, rookie. Speak only when you are
> spoken to. No one has ever thought that simply
> calling someplace a gun-free zone would keep the
> bad guys from bringing in guns. It’s the
> expanded penalties that might have some deterrent
> effect, but you can’t impose those without
> up-front warnings.


Who are you speaking to, dipshit? Seriously, you're in the deep end without the ability to swim or a flotation device. Finding and purpose sections of legislation, while not always there, area a common feature of legislative text.

It is Congress who actually thought that the GFSZ Act was enacted to ensure the integrity and safety of the Nation’s schools. Not only did they think that, they expressed that thought in the legislative text of the Act.


Trust me. The very last thing I'm afraid of is engaging you in a contest of ideas and reason, turd-licker. You're so stupid that you don't realize that each time you post an insult you prove yourself to be a liar - you do have time to engage. What you lack is the facts and the balls to do it.

I won't call you a liar because I think you are just to stupid to know better.

Authority and intent are, in fact, two different things. Two things that you clearly can't recognize.

Let me help you out.

"the Congress has the power, under the interstate commerce clause and other provisions of the Constitution, to enact measures." (FINDING of authority).


"to enact measures to ensure the integrity and safety of the Nation’s schools." (PURPOSE aka intent).


You either don't know much about the legislative process or you really suck at comprehending the English language. Those are the only two choices remaining for you.
Options: Reply•Quote
Re: A fear of weapons is a sign of retarded sexual and emotional maturity
Posted by: The Facts ()
Date: July 24, 2019 10:21PM
A recently published analysis of police-involved shootings and race confirms something we’ve been saying for a long time. The facts don’t back up the narrative that cops are a bunch of racist thugs who love to shoot minorities for fun.


…calling cops white supremacists and slave patrols…does precisely nothing to improve the situation. If fact, to the extent that these charges cause officers to pull back from involvement and policing in minority majority areas (i.e., the Ferguson Effect) the people who will be most harmed will be blacks.
Now a study published in the Proceedings of the National Academy of Sciences bears that out. Just don’t expect these findings to get much press. They don’t inflame anyone or further the right narratives.

There is widespread concern about racial disparities in fatal officer-involved shootings and that these disparities reflect discrimination by White officers. Existing databases of fatal shootings lack information about officers, and past analytic approaches have made it difficult to assess the contributions of factors like crime.

We create a comprehensive database of officers involved in fatal shootings during 2015 and predict victim race from civilian, officer, and county characteristics.

We find no evidence of anti-Black or anti-Hispanic disparities across shootings, and White officers are not more likely to shoot minority civilians than non-White officers. Instead, race-specific crime strongly predicts civilian race. This suggests that increasing diversity among officers by itself is unlikely to reduce racial disparity in police shootings.

Also . . .
Despite extensive attention to racial disparities in police shootings, two problems have hindered progress on this issue. First, databases of fatal officer-involved shootings (FOIS) lack details about officers, making it difficult to test whether racial disparities vary by officer characteristics.
Second, there are conflicting views on which benchmark should be used to determine racial disparities when the outcome is the rate at which members from racial groups are fatally shot.

We address these issues by creating a database of FOIS that includes detailed officer information. We test racial disparities using an approach that sidesteps the benchmark debate by directly predicting the race of civilians fatally shot rather than comparing the rate at which racial groups are shot to some benchmark.

We report three main findings: 1) As the proportion of Black or Hispanic officers in a FOIS increases, a person shot is more likely to be Black or Hispanic than White, a disparity explained by county demographics; 2) race-specific county-level violent crime strongly predicts the race of the civilian shot; and 3) although we find no overall evidence of anti-Black or anti-Hispanic disparities in fatal shootings, when focusing on different subtypes of shootings (e.g., unarmed shootings or “suicide by cop”), data are too uncertain to draw firm conclusions.

See that’s where you DUMBASS DIP SHITS still get it wrong. In the UNITED STATES OF AMERICA, one has to be proven guilty. The FACTS DON’T support a guilty finding.

A customer at a 7-Eleven store in Virginia shot two suspects who were allegedly trying to rob the business early Thursday morning, police said, according to reports.

The customer killed one of the suspects and injured the other during the 2 a.m. attempted robbery in Virginia Beach, Richmond's WTVR-TV reported. Both suspects were also armed, according to the report.

What vigilante justice?
Options: Reply•Quote
Re: A fear of weapons is a sign of retarded sexual and emotional maturity
Posted by: DEMS = DUMBASSES ()
Date: July 27, 2019 11:18AM
The FREEDOM Market is open in Chantilly this weekend. 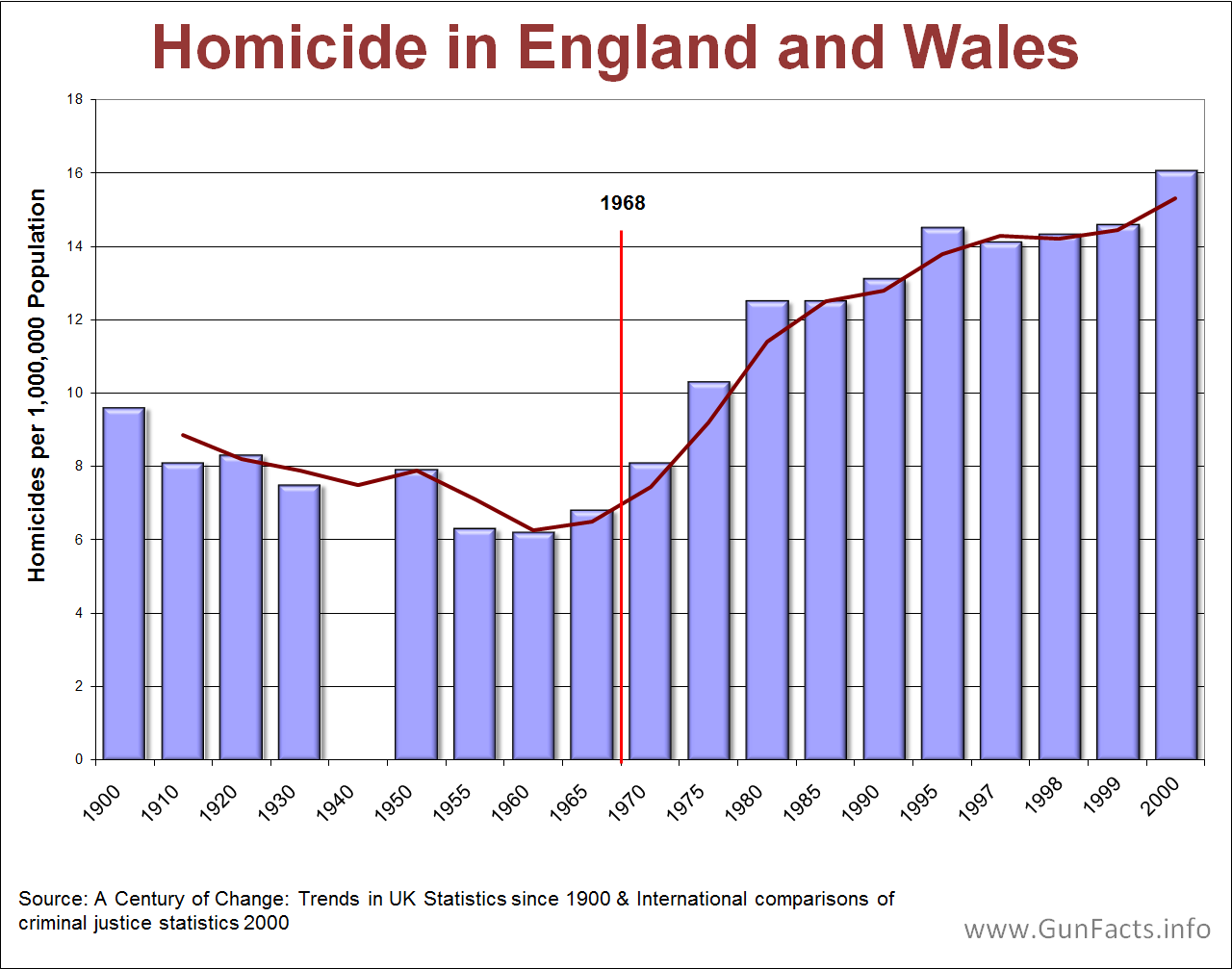 Your problem isn't toy guns, but toy brains.
Options: Reply•Quote
Re: A fear of weapons is a sign of retarded sexual and emotional maturity
Posted by: Hmmm... ()
Date: July 28, 2019 11:26AM
Annual firearms-related deaths per 100K population...


That number is a LIE. I know you are a Libturd so you can't help yourself but to tell lies.


The lying number must have come from the DIM WIT. He's the one that pulls shit out of his ass and tries to pass it on as fact.

Ignorant people lap up what he spews, but fortunately, us far more educated call him on his bullshit.


Friends of yours? Appears they knew the difference between toys and the real ones.
Did you teach them?
Attachments:


Posting to yourself, again?
Options: Reply•Quote
Re: A fear of weapons is a sign of retarded sexual and emotional maturity
Posted by: The Facts ()
Date: August 09, 2019 06:05PM
Yesterday, a terrifying scene played out in a Walmart in Springfield, Mo. A man pulled up to the store, donned body armor, and armed himself with a “tactical rifle,” a handgun, and more than 100 rounds of ammunition. He walked into the store and began recording himself on his phone as he pushed a shopping cart. The moment, complete with the the video, had echoes of mass shootings from Christchurch to El Paso to Dayton.

Panicked customers fled, and the police sped toward the store, but by the time they arrived, the crisis had passed. A private citizen described as a “former firefighter” had pulled his firearm and was holding the man at gunpoint. That thing that supposedly never happens just happened again. A good guy with a gun averted a potential crisis.
Options: Reply•Quote
Re: A fear of weapons is a sign of retarded sexual and emotional maturity
Posted by: The Facts ()
Date: August 09, 2019 06:08PM 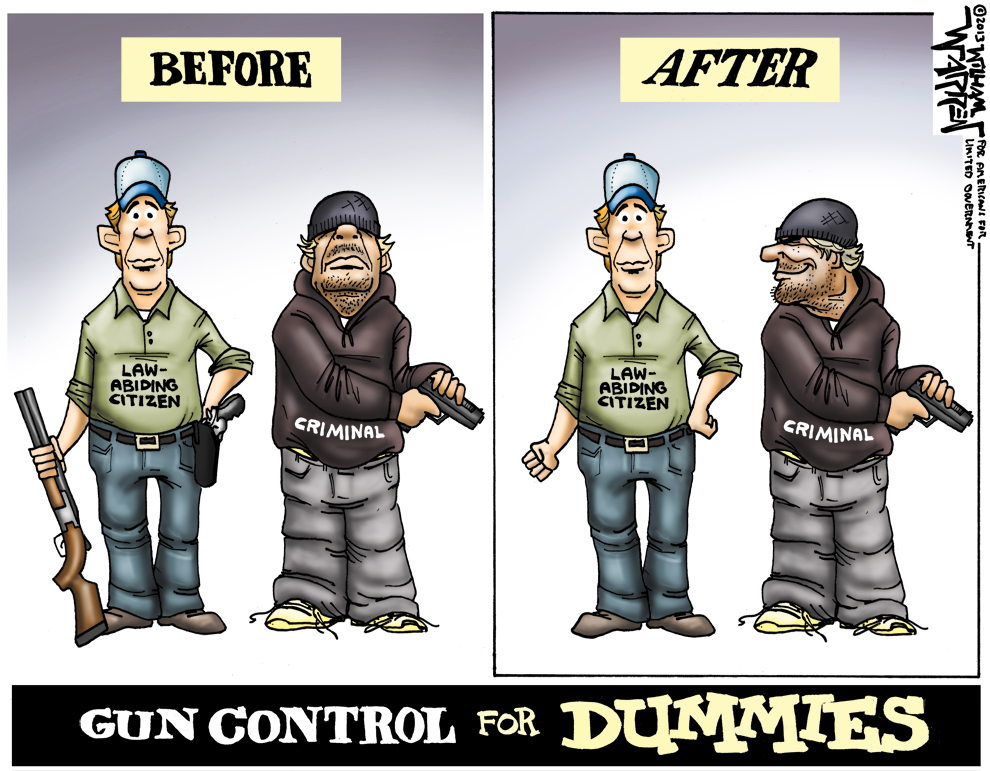 Harvey Weinstein has probably said this about countless people over the years—assistants who screw up appointments, Oscar hopefuls who flub their Golden Globes acceptance speeches, baristas who forget the extra whip, women who won't allow the pig to rape them, etc ....