Welcome to Fairfax Underground, a project site designed to improve communication among residents of Fairfax County, VA. Feel free to post anything Northern Virginia residents would find interesting.
Goto Topic: Previous•Next
Go to: Forum List•Back to Forum•Post New Topic•Search•Log In•Print View
Re: more Clinton era scandals: US had agreements Intel/Motorola wouldn't crush asia in the Cell Phone market since they had the PC market. China UK et al have massively broke the agreements
Posted by: associated pressings 23443 ()
Date: October 25, 2021 04:01PM
Asians were threatening to attack usa if USA used "Intel CPU" power to take over the Cell phone market, since it was their only lucrative market and THEY COULD NOT COMPETE WITH INTEL.

you can guess: it was bill clinton in the agreements (if i remember correctly)

Intel and (a few) remaining mfg still do both - but the effects OF CHEATING and Xiden biden having "investments in chinese #winning", running off without paying lawsuits they double timed, patent they didn't pay? Has ... definitely HURT Intel's business

The foreign countries CRIED MURDER that Intel must SHARE and build chip manufacturing plants outside of USA, and they did: south america, israel, china, elsewhere

BUT THE FOREIGN MAKERS, getting this, HAVE NOT SHARED

It's a crime democrats are reminding people that ANDRIOD became a competitor by USA donation not to compete.

(now confusingly, asia used an intel atom in a single phone model - but the atom didn't have any phone technology in it)

* to require chinese handhelds in classrooms

THIS IS IMPORTANT - THEY HAVE, WITHOUT PRINCIPAL, DEVELOPED CURRICULUM 99.9% AIMED TO TEACH USA CHILDREN TO CONSUME CHINESE LINUX CHINESE DEVICES and not compete in those markets: but it's those markets who have MARKET POWER and MONEY.
Options: Reply•Quote
Re: more Clinton era scandals: US had agreements Intel/Motorola wouldn't crush asia in the Cell Phone market since they had the PC market. China UK et al have massively broke the agreements
Posted by: 6ulo787 ()
Date: October 25, 2021 04:13PM
the "success" of UBUNTU was gov funding much FROM USA and chinese support (ARM development). creating a work group

BUT CHINESE HAVE, THROUGH DEMOCRATS, THREATENED PEOPLE TO STAY AT HOME - TO INSURE THEY DO NOT DEVELOPE ANY ACTION GROUPS - which they know is the opposite of what success is and requires
Options: Reply•Quote
Re: more Clinton era scandals: US had agreements Intel/Motorola wouldn't crush asia in the Cell Phone market since they had the PC market. China UK et al have massively broke the agreements
Posted by: 8o78p ()
Date: October 25, 2021 04:25PM
they have pissed all over the agreements and used USA college money and grants to

THEY DON'T ALLOW ANY FREE SPEECH

IS IS IRONIC THAT HATE CODERS WORKING FOR CHINESE DON'T ALLOW CHALLENGES ?

NO. IT TAKES NO BRAIN TO KNOW THAT'S WHY CHINESE DON'T ALLOW FREE SPEECH.
Options: Reply•Quote
Re: more Clinton era scandals: US had agreements Intel/Motorola wouldn't crush asia in the Cell Phone market since they had the PC market. China UK et al have massively broke the agreements
Posted by: 46u4656i ()
Date: October 25, 2021 05:13PM
Intel was and is completely OPEN. (so was Spark shared by hitachi russia america/Sun)

They hated Intel for being too successful, they said.

They hated Sun for being a fine system that wasn't completely open, they said.

Linux was maybe founded "in protest" but it was the fairest system and with USA colleges and Sun and Intel (and Star Wars movie contribution of X/Xerox GUI code) supporting "Open", things looked great it was great.

Then Google and Micrsoft joined the hate attack - and "64 only" was invented to fuck over all Linux OS except Google and Ubuntu who, btw, used commercial software to do the dirty work not the free software.

THEY CREATED A BEAST - WHICH IS NOT OPEN, UNFAIR, AND CHINESE CONTROLLED - and forced purchase of chinese devices and software.

IT GETS FAR FAR WORSE - THAT'S IN OTHER ARTICLES
Options: Reply•Quote
Re: more Clinton era scandals: US had agreements Intel/Motorola wouldn't crush asia in the Cell Phone market since they had the PC market. China UK et al have massively broke the agreements
Posted by: ANOTHER CLINTON CRIME ()
Date: October 25, 2021 05:20PM
THIS IS A TOTAL CRIME

they said "this was for security", that although Microsoft was insecure and totally un-reliable, that "microsoft was usa controlled"

MICROSOFT HAD HQ IN CHINA, RUSSIA, ELSEWHERE TODAY, AND ARE NOW "Intel and Texas Instrument haters". Which i said they'd do and were and would do since the 1980's.

THE CLINTONS SAID MICROSOFT was loyal to USA. They lied. They should be in federal prison.

They fired the people who blew the whistle and had standards base "compatible" usa loving software and support.
Options: Reply•Quote
Re: more Clinton era scandals: US had agreements Intel/Motorola wouldn't crush asia in the Cell Phone market since they had the PC market. China UK et al have massively broke the agreements
Posted by: 6i565 ()
Date: October 25, 2021 05:25PM
so you say, "disposable $1,000,000 electronics" (that's how expensive some chinese disposables are, if you hadn't heard - and US Government is Buyer of course)

it comes down to where are the JOBS and MONEY

"you save allot of money"

Where's my first rent paying job? 0 not offered even crappy jobs go to illegal aliens instead of me or people like me.

Where is it Government workers become Millionheirs? They'd be jailed or even killed in the 1980's for doing the same. (never having worked in Business but suddenly being rich)

NO SUCH THING. THERE IS JUST THEIR FAMILY SPONGING OFF STOCK EARNINGS.

AND - GOLDEN PARACHUTES , LAWSUITS JUDGE BRIBED , AND THOSE THINGS

the arguments for "chinese control of USA's telephone system and computers" "because they are disposable" are laughable and thin and cannot be supported by anything but 4th grader insults - ie, CNN
Options: Reply•Quote
Re: more Clinton era scandals: US had agreements Intel/Motorola wouldn't crush asia in the Cell Phone market since they had the PC market. China UK et al have massively broke the agreements
Posted by: 45y455 ()
Date: October 25, 2021 05:38PM
one of my pet peeves recently discovered ?

INTEL HAS ONLY A EUROPEAN ISSUED OBJECT-c COMPATIBLE (designed to attack Objective C of Apple, and arm based)

they have no ASM compiler of any kind - it's "gone" (and microsoft - never had one, they have a FAKE one that NEVER SUPPORTED INTEL)

Options: Reply•Quote
Re: more Clinton era scandals: US had agreements Intel/Motorola wouldn't crush asia in the Cell Phone market since they had the PC market. China UK et al have massively broke the agreements
Posted by: 65u56iuu6 ()
Date: October 28, 2021 04:17PM
repeated from another article:

During Bill Clinton, Intel Corp. had the best flat assembler anyone had (HP also had one). As to "C language" (the real C, not the "always incompatible C), Intel said "it causes more problems than it fixes" (which i now will say turned out true - since i learned ASSY before C i'd always kept an eye on it) (also C C++ in ubuntu aren't C or C++ - they are both total perversions incompatible with anything except ubuntu - they are customized hacks and not a real "language" - and they compete against Apple's "Objective C", not the C language they advertized - and tried to steal Java from Sun (blocked then ... during Biden, allowed again))

these fuckers, exactly when Microsoft was allowed to inject malware into the hearts of these LinuxOS (MS's competitor)

FROM THE 1980'S - 1990'S ASSEMBLER LANGUAGE WEB SITES AND ARCHIVES, I ASSURE YOU OVER AND OVER

MACROS WERE DEEMED TO BE A DEVIL IN THE SOUP

THEY WRECK ASSEMBLER CODE, IMPOSSBILE TO REPAIR, THEY ARE A POISON

MACROS were injected exactly where it would PREVENT other Linux OS from: changing from 32 to 64 or from any platform to another

In place of Intel's flat assembler is an ubuntu C++ hacked compiler supporting their product features.


(Macros in C are also "banned" except for experiments and learning code meant to be disposable, or small math function where by reverse engineering principles they are harmless as to "financial terrorism attacks" - which takes an real engineer to decide. being they set forth a bad example - they should never be used probably.)

THE CHINESE NEVER SHARE ASSEMBLER OR DRIVER CODE for anything unless they have an excess supply and can't sell it to anyone except desperate hackers. chinese keep stealing from the USA and europe code drivers. It's a one-way-only theft. 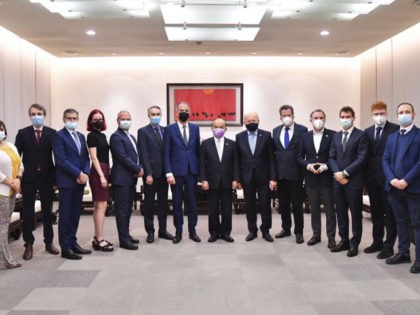 BOMB THE MOTHER FUCKERS
Options: Reply•Quote
Re: more Clinton era scandals: US had agreements Intel/Motorola wouldn't crush asia in the Cell Phone market since they had the PC market. China UK et al have massively broke the agreements
Posted by: y44y4y4 ()
Date: November 13, 2021 02:30PM
around the same time of this ...

Finland had a business in making flip phones. asshole parents in the USA were paying big money for giving kids those (yearly upgrading their kids) while many people in usa were suffering.

bill gates bought the finnish company (which were "OPEN TECHNOLOGY"), shut it down, and joined it with NOVELL (that's germany's spy agency)

Then the devil Bill Clinton wrote laws to allow HOSTILE FOREIGN NATIONS to do "hostile take-overs".

this is where Novell/Anthem comes in, Germany's telegraph and SPY agency. They claim to own MA BELL, Southern Bell, C&P, Verizon, T-Mobile, AT&T (on wikipedia) - all HQ in germany and german agents sent into USA to "job sites"

FOR EXAMPLE THE AT&T LOCATION(S) IN FAIRFAX NEAR TYSONS


but Germany was hemmorhaging debt and inflation they could never have afforded it: they were using inflation to buy USA companies - which is horrendously illegal - but it happened during BILL CLINTON


Germany had $8/gal gas at the time and it's auto workers were working 1/2 days to allow more germans to be employed. "AUSTERITY MEASURES" country wide.

THESE PEOPLE DID AND DO LIVE THE HIGH LIFE - so there is not the feeling of charity in it all. Quite the opposite. There's a feeling they killed certain people and threatened others and bribed the Clintons to "make it all happen"

they've done nothing but financial terrorism attacks since
Options: Reply•Quote