NEWSOME has done nothing but pork and barrel for democrats and cater to their every legislative whim. Pay raises for illegal aliens in gov and so on.

meanwhile I'd say Larry Elders is an LA pundit who will split the Republican vote. he's a dangerous candidate for that reason.

If he's voted in he will definitely "during the Capitol black" like Doug Wilder did in Virgina (hey cal tech - call richmond see if blacks don't answer the phone - and it is growing quickly since obama fueled the take-over of the state and Cal Dems sent hispanic agents to gerrymander our voting lines !!)

Even if larry doesn't "want" to he'll end up letting black liberals in and all they need is their nose in teh tent and California's capitol will house blacks be run by blacks and ALL THE MONEY of the state will hand-me-down from what they don't take.

Larry scares me because LA is very corrupt - corrupt enough to use federal money to hire a black "used to be lawyer" radio man for the event of splitting the vote. He could also be a false flag. Maybe not I hope not.

In politics splitting the vote is a very powerful instrument and DEMS have been known to throw wild money. BILLIONS TO UNSEAT ONE OF THE NICEST REPUBLICANS YOU'D EVER MEET with a black candidate. Could that happen california? doubly sos LA is corrupt.

I wish Larry were running on the Democrat ticket splitting their vote.


I have no idea whether to believe his personal life story on wikipedia. I mean I hope he'd be the nice republican he appears to be and doesn't have plans to get powerful black democrats higher up in California. But my better sense says: he's well paid from LA, splitting the republican vote.

Cal State needs a not-corrupt Gov like Trump was to the presidency. A gov who "isn't down with" the democrat party funding sprees, isn't an "across the isle republican", isn't going to "race bait" or say he isn't while change your capitol city to a welfare for blacks program city - making the capitol non-white.

California's ballot looks pretty fair. There are more than a few choices.

? WHAT IS UNFAIR IS THE PRESS. Only Newsom and Elders are getting press that I've seen. Another reason I fear Elders splitting the vote - the original reason I feared it. If big media is trying to help him: I'd better beware?

California is a state who's had a pretty even split between Democrat and Republican elected Governors.

It doesn't appear it will remain that way: reports out of senior citizens who were rejected at the booth. 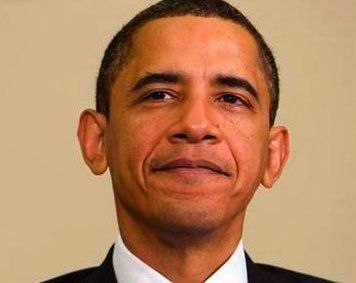 This guy swore he wasn't a race divider.

AND FUNDED BLM OUT OF FEDERAL MONEY. the internet has a least of 600+ illegitimate acts this president did many which were race related

doug wilder, obama, heard that before

if an OBAMA gets in office the whole city becomes run by blacks. Washington DC is run by blacks excpeting a few non-black people called Congress which ALL THE BLACKS IN THE AGENCIES RUNNING THE GOVERNMENT don't pay even a little attention to
Options: Reply•Quote
Re: the "No On Newsom" Cal Ballot Item - Recall Projected to Win by Huge Margin
Posted by: 56i56i6i ()
Date: September 15, 2021 01:45AM

California has been pretty equally democrat and republican in history.

WHAT PROBLEM NEVER CHANGED in the last 40 years?

California should probably stick with tradition and boot out Democrats.

* they had their stores attacked by BLM

* they've become a bitch of CHINA - fabless, employed by asians instead of offsourcing TO asians

* steal money in schools - give it to illegal alien teachers

* developed worthless programs American can't afford: like "getting rid of cars by regulations" or something totally stupid - an obvious ploy to kill FORD and help Korea
Options: Reply•Quote
Re: the "No On Newsom" Cal Ballot Item - Recall Projected to Win by Huge Margin
Posted by: 5656i ()
Date: September 15, 2021 01:48AM
California has

* become a bitch of asia

* NON-FREE SCHOOLS but their taxes are greater

* it's a theft from your kid's future - something like a trillion in today's dollars - the "suddenly schools are no longer free - Nancy Pelosi" changeover
Options: Reply•Quote