Welcome to Fairfax Underground, a project site designed to improve communication among residents of Fairfax County, VA. Feel free to post anything Northern Virginia residents would find interesting.
Goto Topic: Previous•Next
Go to: Forum List•Back to Forum•Post New Topic•Search•Log In•Print View
One way foreigners steal USA technology: german instruments. (the most popular way - act as company employees in a big tech corrupt democrat environment)
Posted by: associated pressings 67 ()
Date: August 17, 2020 04:00PM
germany and japan are big on microscopes (they've taken over the market) and sell microscopes designed to steal micro-electronic designs. they have a whole process of theft they sell the the buyer 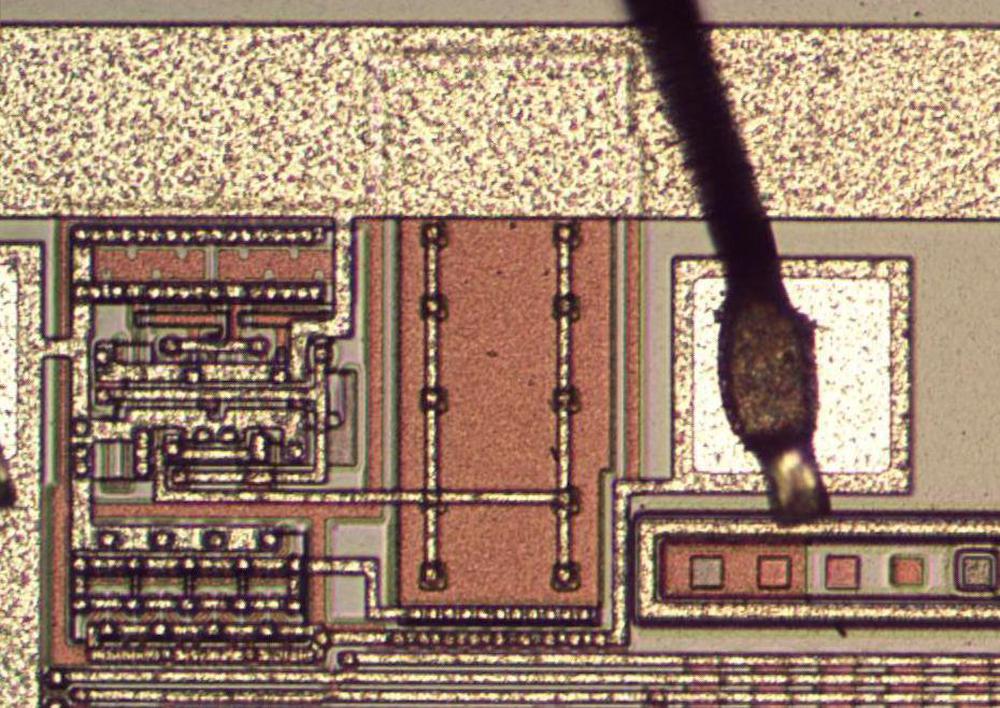 the process of opening up the chip, photographing it are from germany/japan while the muslim publishing the secrets - is funded by a government project (this one I believe is HILLARY CLINTON funded and operating in the USA)

"Removing the metal layer shows the circuitry more clearly, below. The large charge pump capacitor takes up the right half of the photo. Although microscopic, this capacitor is huge by chip standards, about the size of a 16-bit register. The capacitor consists of polysilicon over a silicon region, separated by insulating oxide; the polysilicon and silicon form the plates of the capacitor. On the left side are the smaller capacitors and the resistors that provide the R-C delay for the oscillator. Below them is the oscillator circuitry and the drive transistors."

they aren't stealing just the code, they are stealing the factory process, the design, everything, and using tax money to do it

THIS PERSON, IN CALIFORNIA, IS SELLING A SERVICE OF OFFERING SCHEMATICS OF PATENTED USA PRODUCTS (not just intel, but newer apple products - including full teardown and parts list). MILITARY HARDWARE also.

THANKS TO: #obama #hillary

(the full photos and diagrams of the Titan II nuclear missile guidance system is analyzed and exposed for Iran China to see - funded by #Hillary state dept. This persons, btw, has been on CNN)

HERE'S HOW THE SCAM WORKS. asian employee walks out of Houson with 8086 or other schematics ILLEGALLY - and some military equipment this is supposed to be destroyed but certainly not in enemy hands