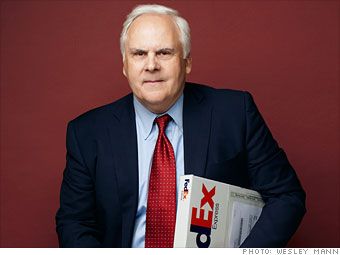 New York Times told it's democrat "voters" that under Obama 2017 Fed Ex owed $1.5 billion in taxes (note lois lerner scandal) and that Trump 2018 Fed Ex did not pay any taxes.

ON THE CONTRARY, FED EX Fred says: It is New York Times that paid $0 tax in 2017 Obama and $60 Million tax in 2018 Trump: the democrats were guilty of massive tax evation (certainly imprisonable) and not called out on it and now are attempting to attack one of the few non-chinese businesses in the USA left or right: Fed Ex.

Fed has challenged New York Times to come forward with a live debate on their slander article. 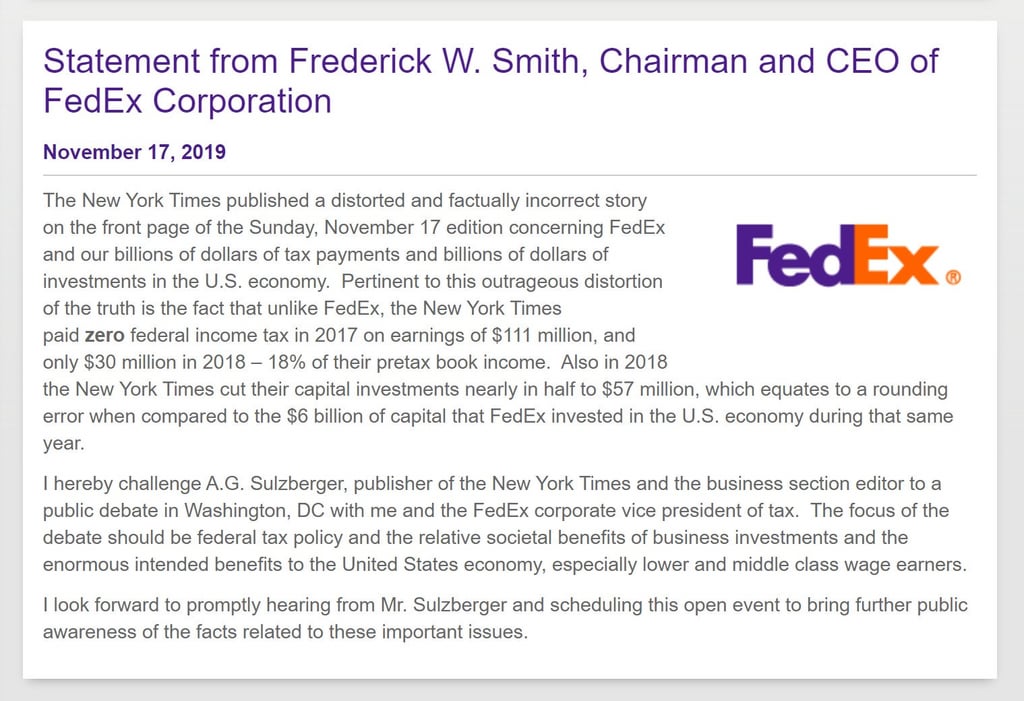