well shoot. maybe democrats are so dumb they ruin things for everyone.

Michigan Highways Closed Due to Crashes, Whiteout
https://www.insurancejournal.com › news › 2019/01/28
Jan 28, 2019 — Authorities in Michigan's Upper Peninsula have closed a highway because of a large multi-vehicle crash and whiteout conditions.

I've listened to WMAL, WTOP if WMAL's signal is thin, for decades. They ALWAYS tell drivers to stay off roads and to drive slow.

HOWEVER RECENTLY - the Clinton Obama Biden regimes - all cautions are ignored. They just drive 45mph even 55mpg when theres snow covering the highway.

You can't educate these democrats anymore. They no longer listen to sense or have any of their own sense. It's not the road conditions IT IS CERTIANLY THE DRIVERS - drivers who are usually at blame for trucks jacknifing.

Not just in Michigan, in all States of at least the USA. There aren't enough police in the world to give tickets for it. And police often pass me on a snowy road these days.

I've been on I-95 on the snow. I got off on an exit 2 mi. later: because cars were passing me at 45 55mph on icy roads (no tar visible) despite 1/2 mi. up the road an ambulance was at a stopped car. They are f'ing crazy out there.

and they should know if i95 is bumpter to bumper on a good day, then it will be far too jammed to get on when there's snow maybe even rain. people in the 1980's knew that - they took side roads.

I would exclude Tractor Trailers from closures, but double down on punishing companies who allow illegal aliens with no real training to "injure and destroy other paid up in the black businesses" by jacknife driving skills.

And you might - might have enough officers to make sure Tractor Trailers aren't driving too fast in the snow. but with rush hour? there is no hope. none at all they are drivers from hell. speeding and tailgaiting on snow covered roads every damn time.

time for the other plan - these people are stupid as rocks
Options: Reply•Quote
Re: VDOT SHOULD CLOSE HIGHWAYS ON SNOW DAYS - these drivers are rediculous and never listen. PAST TIME FOR TALK.
Posted by: 345uy4 ()
Date: January 08, 2022 08:48AM
Fleet of Ferraris Ruined in Japan Sportscar Pileup

THE LESSONS: japan doesn't want to import cars, they want to export them. see what happens if you do that?
Options: Reply•Quote
Re: VDOT SHOULD CLOSE HIGHWAYS ON SNOW DAYS - these drivers are rediculous and never listen. PAST TIME FOR TALK.
Posted by: 34t545y4 ()
Date: January 08, 2022 08:51AM
A pileup of 35 cars and five tractor-trailers on a snowy Maryland highway killed two people Monday and seriously injured at least a dozen, state police said.

THIS IS REAL. DMV MANUALS say not to tailgate in snow. And cops can't do anything to convince these monkey see monkey do idiots to not do it.

IT'S EMERGENCY SHELTER REAL. damn close the road except to Trucks. give a moving violation to anyone caught.

it's just not safe for children
Options: Reply•Quote
Re: VDOT SHOULD CLOSE HIGHWAYS ON SNOW DAYS - these drivers are rediculous and never listen. PAST TIME FOR TALK.
Posted by: 5y45uh4 ()
Date: January 08, 2022 09:01AM
time to stop BLAME GAME THE WEATHER

BLAME GAME THE JACKNIFE TRUCK who didn't cause the jacknife

i have no idea what else to do

the cops can't manage it - not even close. the DMV doesn't do it. the insurer's can't grasp control of it. and Xiden Biden protects illegal aliens crashing trucks.

it's out of hand. they keep racing on snowy roads all you can do is close them to civilian traffic on snow days
Options: Reply•Quote
Re: VDOT SHOULD CLOSE HIGHWAYS ON SNOW DAYS - these drivers are rediculous and never listen. PAST TIME FOR TALK.
Posted by: jerry's kid ()
Date: January 08, 2022 09:13AM
In highschool, I dented my car up in a car pileup, a sudden stop. Few but me got dented I was un-aware of how fast cars could stop. I was not the only one to screech my tires though. Infact later VDOT fixed things put up signs and all.

I WORKED FOR OVER A DAY trying to remove the car body so I could access the frame to bend it back (the car i hit had 0 damage - an older american car). AFTER DAYS I FOUND that the foreign auto manufacturer had royally fucked me - taken highly questionable and seedy steps to make sure the auto body could not be removed even though, in the past, it had been removable, no matter how much effort one put into it.

LESSON: they are building them to fail and not be repairable these days. they aren't just doing it to save money they take seedy steps to insure it can't be done
Options: Reply•Quote
Re: VDOT SHOULD CLOSE HIGHWAYS ON SNOW DAYS - these drivers are rediculous and never listen. PAST TIME FOR TALK.
Posted by: u6u565 ()
Date: January 08, 2022 09:33AM

In the 1980's, for the most part, if the highway was covered with snow:

1) citizens drove allot slower and kept a good following distance - followed advice and had common sense of "WHAT IF THE CAR IN FRONT OF ME HIT THEIR BRAKES", which, i mean come ON!!!! of course !!! snow !!!


2) a dangerous driver - people would wave that person down and insist they stop driving that way. your average "Joe" didn't put up with democrat driving*

and democrats feared them, wouldn't dare face a the citizen calling the cop with a license number written down / remembered. cops would react to that back then. today - that'd be a laugh i suppose.

3) sure their were those cars on the side of the road accidents. there were ALLOT fewer - usualy small cars* and the insurance companies punished them if it wasn't their first rodeo

(small cars that had no business being out in the snow, the driver un-aware of it and somehow escaped any training)
Options: Reply•Quote
Re: VDOT SHOULD CLOSE HIGHWAYS ON SNOW DAYS - these drivers are rediculous and never listen. PAST TIME FOR TALK.
Posted by: 34tuy5h4 ()
Date: January 08, 2022 09:54AM
NOW, THE AUTO MAKERS HAVE MOSTLY OUTSOURCED TO CHINA, minus a little assy, AND LOVE THIS ACCIDENT PRONE BEHAVIOR - and china probably demands it


the law stated (states) that any vehicle which sustained "damage which caused total loss of a vehicle, or over $500 due to a 5 mph collision - is illegal" (INCLUDING DUE TO PARTS PRICES ONLY, any total loss according to an insurance company), WAS ILLEGAL and subject to lawsuits

Clinton insured none of those suits went forward, bumper hights were not maintained, and so on, FREEBIE FOR CHINA, from Clinton - he made a career out of suiting china's DESIRES

exactly the moron i'd tazer and have an expensive towing company remove, from i66, on a snow day

Kentucky State Police and Elizabethtown city officials said a more than 20-car pile-up on the Western Kentucky Parkway shut down both inbound and outbound lanes.

Stranded drivers shared videos and photos on social media, which showed multiple tractor-trailers and cars in the median.

“Please do not travel if you don’t have to today,” Beshear said.


HISPANICS ON I-95 CARED MORE ABOUT RACIST SELFIES than all else: and they were on the highway to "gorge their habbits" not go to work 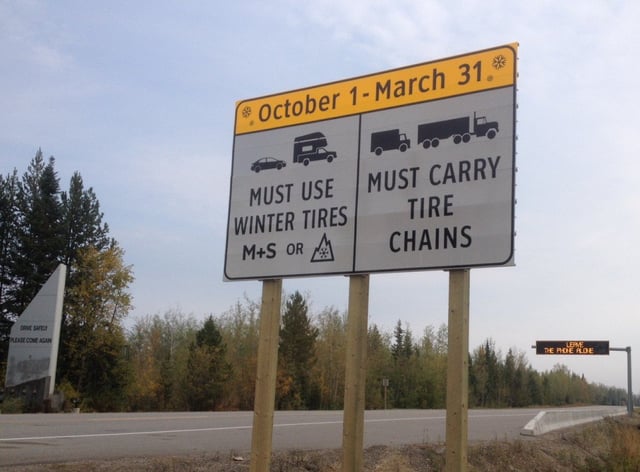 There really isn't any excuse for i-95 beltway bandits (or any city) to:

The sign above says: you shouldn't be driving on snow/ice without SNOW TIRES (ie, little and or worn asian tires don't count as snow tires)

But it doesn't say when police should require chains on trucks - and if (family cars with snow tires) should be disallowed from being on the road with them.
Options: Reply•Quote
Re: VDOT SHOULD CLOSE HIGHWAYS ON SNOW DAYS - these drivers are rediculous and never listen. PAST TIME FOR TALK.
Posted by: 5rhb4534 ()
Date: January 26, 2022 04:02PM
.
Options: Reply•Quote