The Clintons had said in the MEDIA that the magazine was detrimental to young boys health and caused them to "do bad things". THE DID THIS AT A MOMENT A DEMOCRAT FRIEND WAS SUING THE MAGAZINE FOR ALLOT OF MONEY. (this "steal america with fraudulent arranged lawsuits" scam was extreme during Clintons - democrats sued all white american corporations - the corporations began claiming they should have the right to not print where the product was made "like china did")

YOU SEE - DEMOCRATS WERE ANGRY A MEDIA EXISTED WHERE THE TRUTH LEAKED OUT AND HAD THE ABILITY TO UN-TEACH CRT
Options: Reply•Quote
Re: more Clinton era scandals: Bill Clinton attacked "MAD MAGAZINE", but did not attack EBONY magazine or RAP
Posted by: 3y53y44 ()
Date: November 26, 2021 04:51PM
so boys knew anything in MAD MAGAZINE was "wrong" (bad behavior), much like watching Loui on Taxi

THE CLINTON'S COULDN'T HAVE THAT - THAT'S ANTI-CRT

MAD MAGAZINE showed things like "false arrests" being laughed at as being absurdly wrong.

BUT BILL CLINTON WAS PUTTING GUNS TO THE HEADS OF INVESTORS SUING SEC FOR GOLDEN PARACHUTES - TERRORIZING THE NATION WITH REAL FALSE ARRESTS - WITH FAKE DEMOCRAT NON-TRIAL - while suing the crap out of white run Made in USA companies.

Bill couldn't have a magazine teaching white boys "that what he, Bill, was doing was a capitol offense that could get a death penalty"
Options: Reply•Quote
Re: more Clinton era scandals: Bill Clinton attacked "MAD MAGAZINE", but did not attack EBONY magazine or RAP
Posted by: 45uy4u55 ()
Date: November 26, 2021 05:27PM
if you have a children's magazine preaching "only a total idiot adolescent fool would be doing this", then you see Clinton doing those things and far worse

it's not good for your image
Options: Reply•Quote
Re: more Clinton era scandals: Bill Clinton attacked "MAD MAGAZINE", but did not attack EBONY magazine or RAP
Posted by: 34yy44 ()
Date: November 26, 2021 08:04PM

you know, Lazy Boy are made in usa and are WHITE GOODS 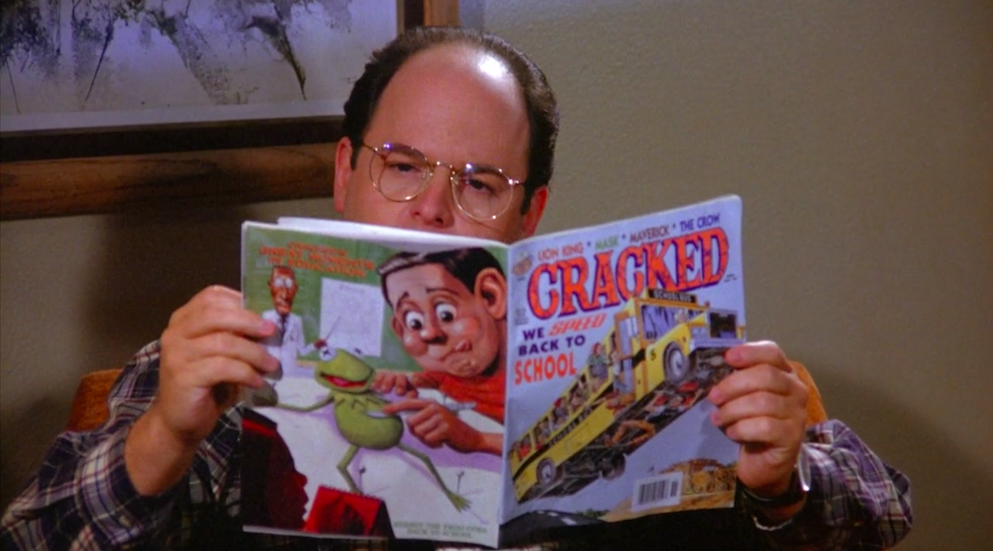 what more proof do you need?
Options: Reply•Quote