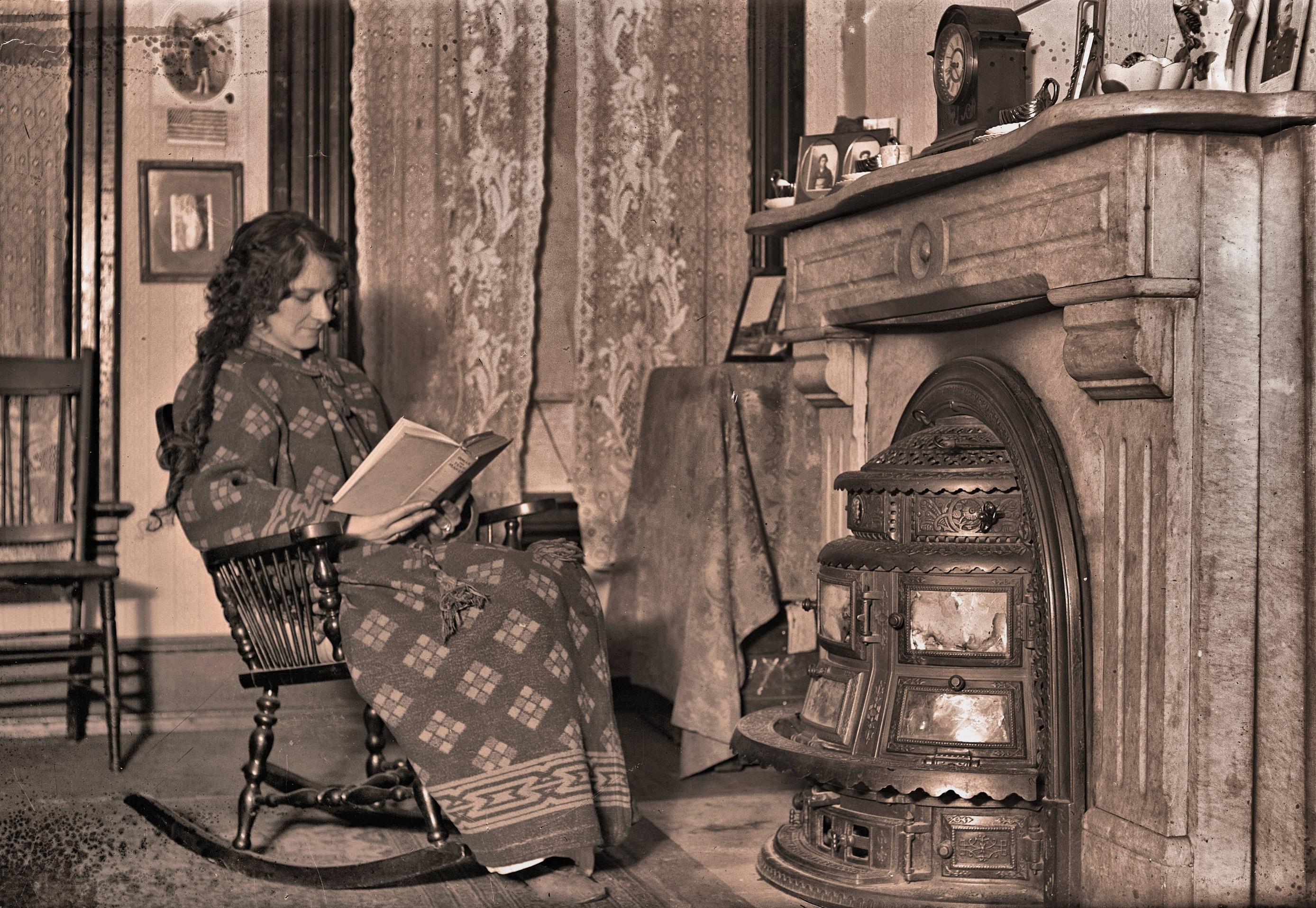 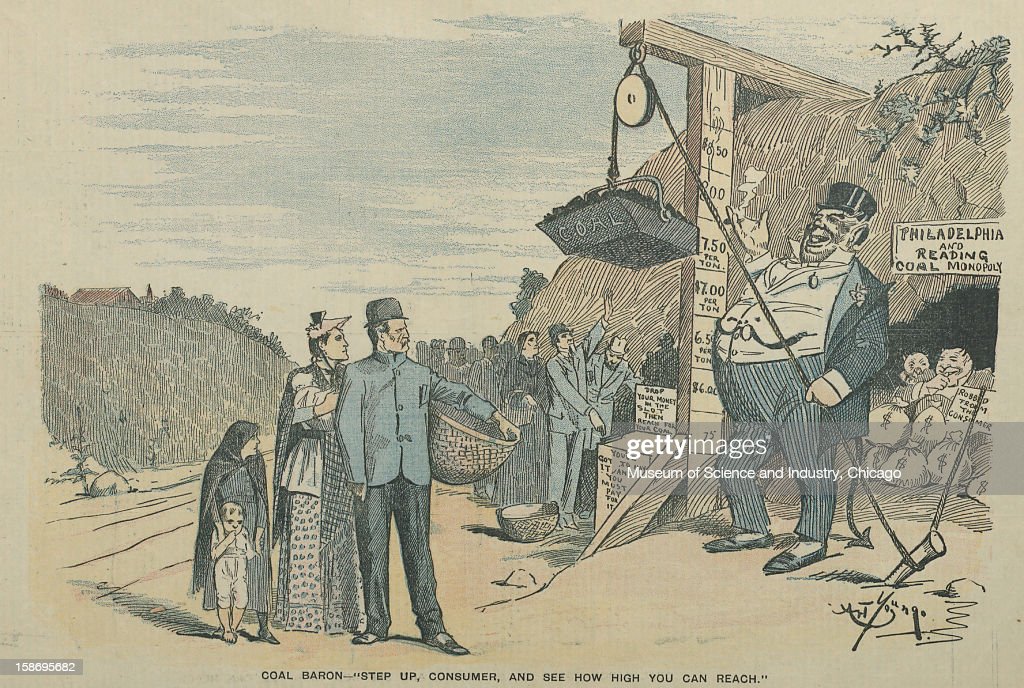 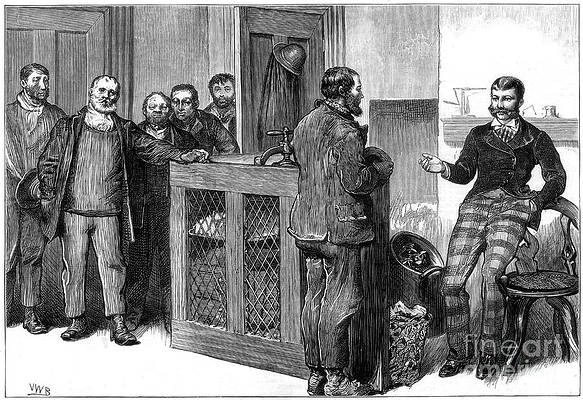 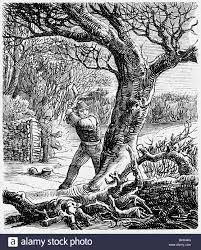 HISTORY - a teacher "slaving" a student for wood that school day teachers requiring students to own, consume, and "train" to be chinese electronic customers 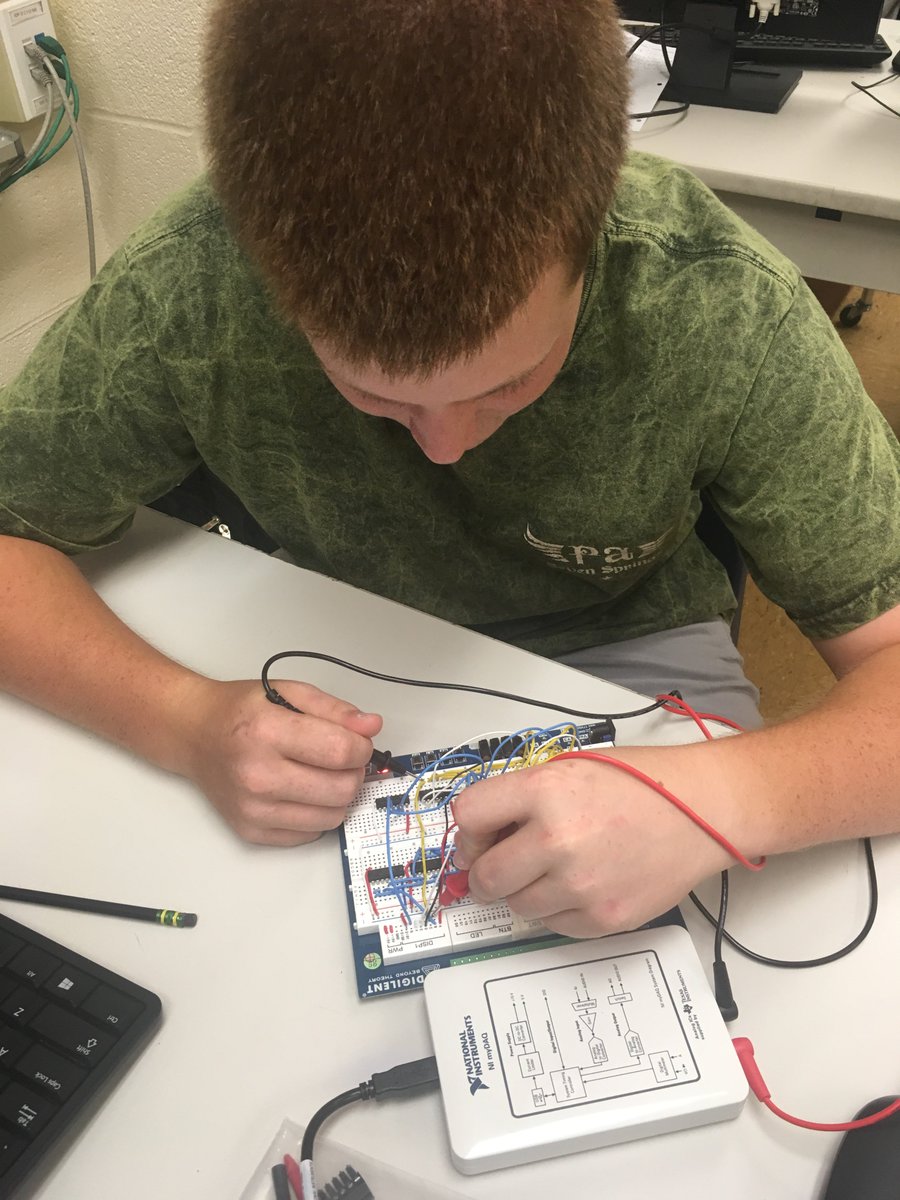 these are only capable of "prototyping" and they send the data to china without paying the student or anyone being informed that what the internal software certainly does: IP theft machine, is part of what it is

they are only capable of BADLY LOOSING in production - never being a player (requires allot of real machines, not models) 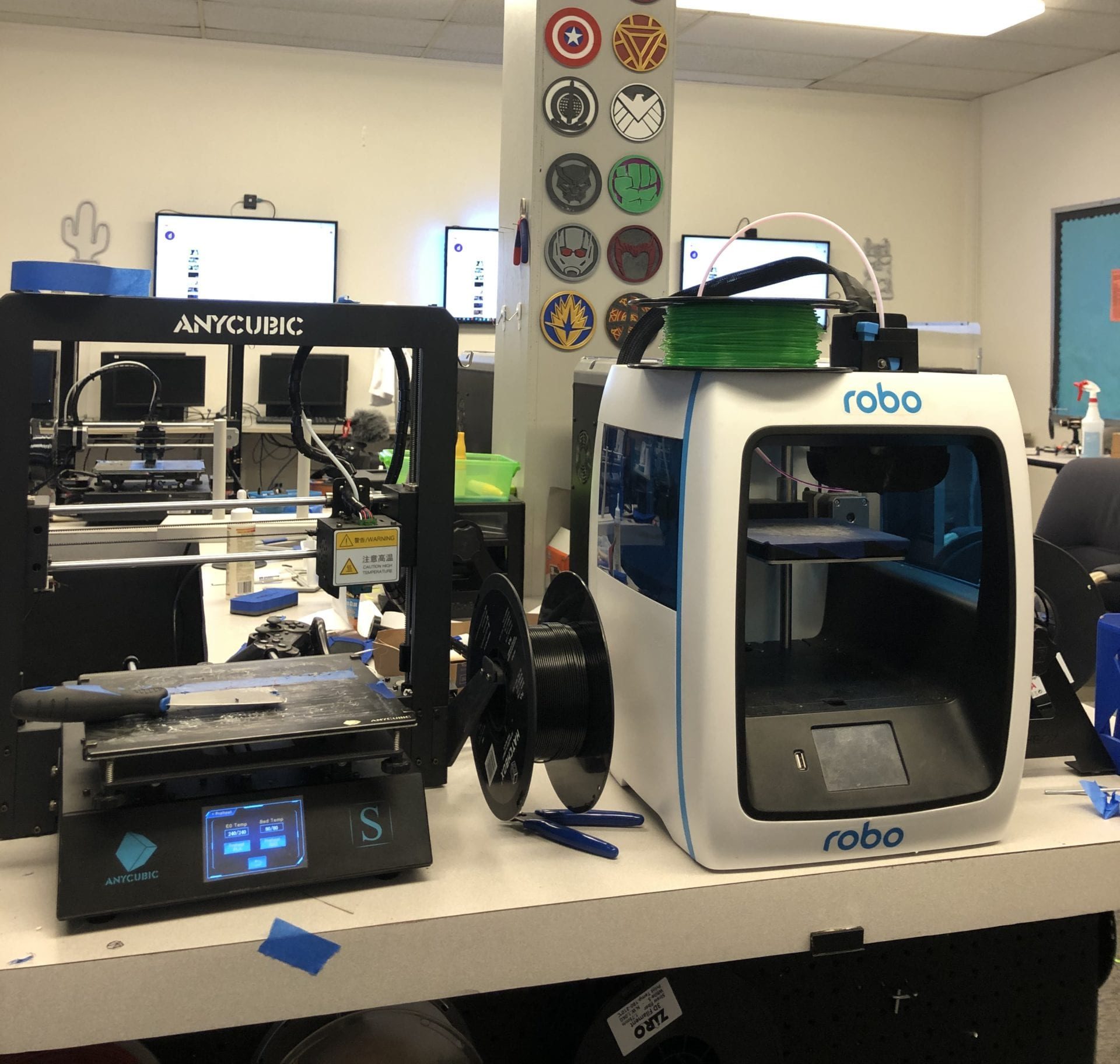 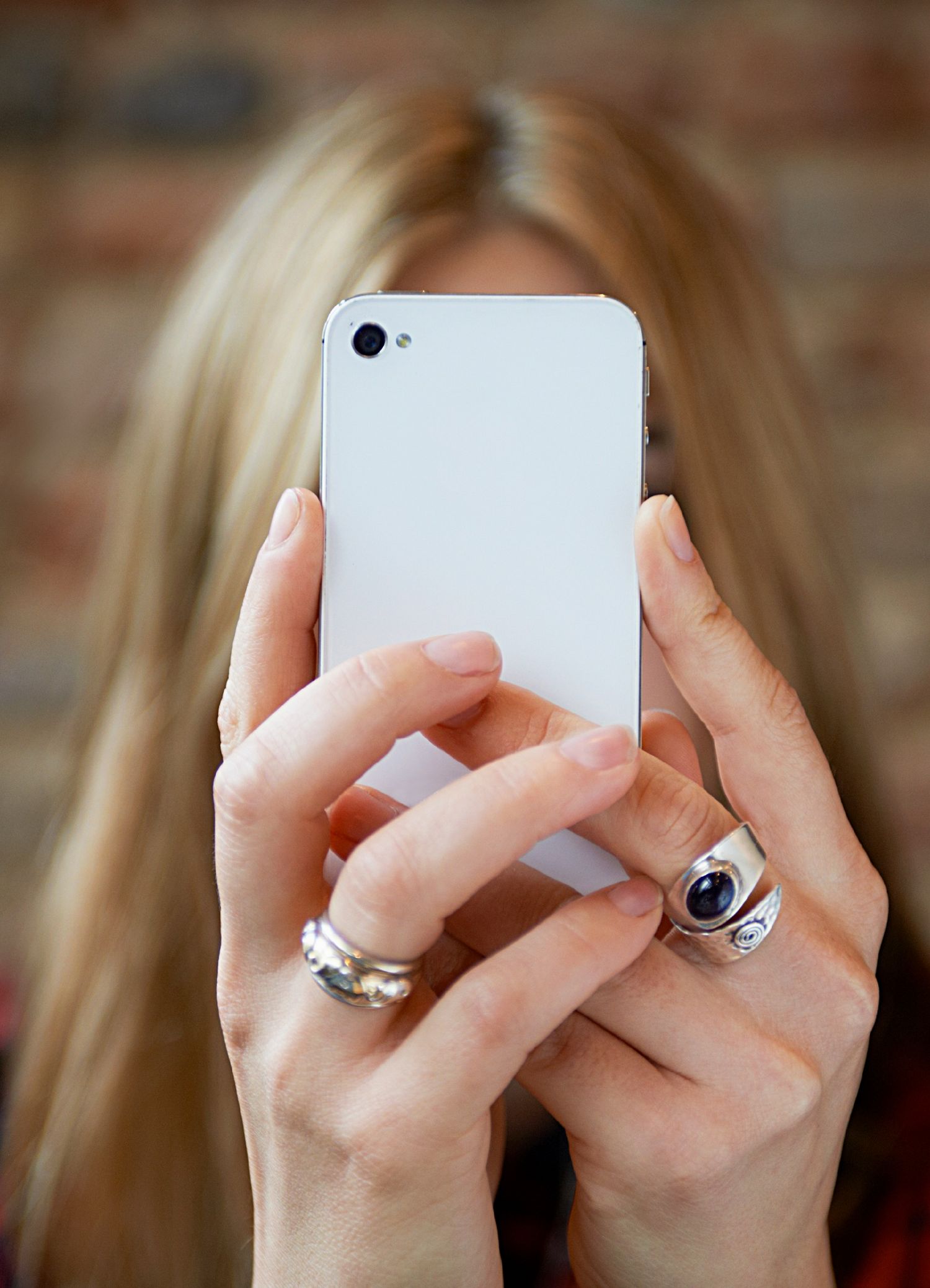 Hello ChINA? yes i seem to have missing Chrismas presents and my students aren't finding jobs 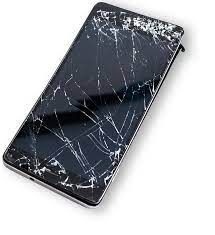 chinese put BLADDER BAGS which, after a few years expand press on the glass screen: causing any drop to crack the screen. when they found out it was a "problem" they doubled down an insured all Li batteries in all exports would be long wide thin and well sealed: to act like bladders - which have been cracking apart electronics 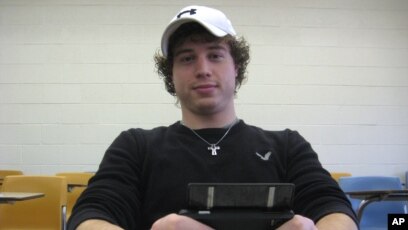 very confident about his last rasperi Pi "achievment", firmly believes the government is going to put his work on the international space station and a fairy will pay him

------------
Search for a youtube on chipmaking - you will find many. But buying the parts cost a major amount of money of course and they show too little information to be useful.

Something simpler: search for TRANSISTOR and see if you can see how they are made in china quick and cheaply (they end up in all consumer electronics - kicking Texas Instruments and National Semicondutor in the nuts - since they are a higher price, and unlike chinese have to pay patent IP rights)

1) you will see: chip making is insanely expensive only a gov funded project whith money funneled out of USA (previously ahead of other countries and "generous" with funds) could have built it 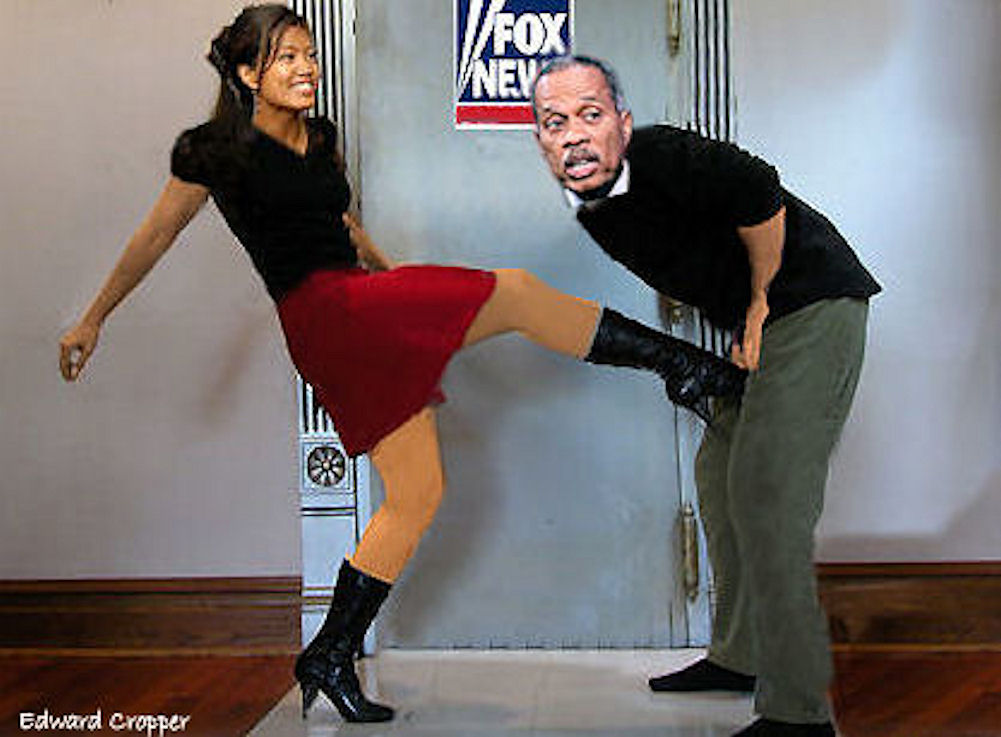 Texas Instruments kicked in the GROIN by import products they produce here in the USA - which used to lead now are ever more - from china.

Google: "kicked in groin" photos missing, all trolled out by communists, filtered out and you HAD TO PAY TAX for these fucking chinese to filter out your reality

Bing: also trolled by communists but a different kind: absolutely full of "kicked in groin" photos !!

when chinese control the platform they control

3) how they are bought (given away with heathcare at insane costs - therefore no competition ever comes into play, STRONG ARM sales)

4) WHO CAN SPEAK ON THE PLATFORM

5) who is deleted OFF the platform

WHICH CHINA DOESN'T NEED - since after the first upload, being the manufacturer - your fucking dead

they don't need you


What MILLENIALS should know - history wise

while Clinton was singing "we don't want hicks or factories", china was using USA's college money to build them - sent to them by bill clinton et al

WHEN OBAMA GOT IN OFFICE THEY WERE WHOLE SALE REMOVED, taxpayers not refunded, AND THEY ARE IN MEXICO OR CHINA

the expensive industrial machines stolen were: MADE IN USA of excellent 200+ year quality: stolen by illegal alien obama workers

there was a country wide initiative to "close down machine shops" during Bill Clinton. you'd guess it would be Bill Clinton who wouldn't want any ability of USA to manufacture "by mistake"

here's an example photo of part of a highschool metal shop class: they would have SEVERAL essential industrial quality made in usa machines in them essential for BUILDING INDUSTRY that makes products. both GOOGLE AND BING have systematically removed the photos - they used to be all across usa and easy to find photos of. fairfax county had (one, more - before it was ALL STOLEN BY ILLEGAL ALIENS - very likely in mexico now) 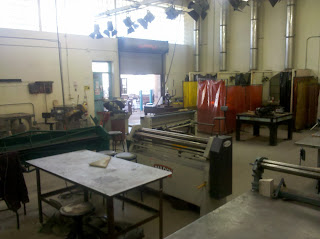 Now the point is MANUFACTURING is what is ever more lost by , let's say "obama programs which are scripted by foreigners who have seedy motives"

Manufacturing is 1st. Coding you aren't paid for unless your a crook or the money was coming anyway.

CHINA ISN'T TAKING UPLOADS - they sell , you buy , you can f'around with hacking it but they don't give a d*mn about that

* they'll have to make every bit and part WITHOUT FUNDIGN, massive inflation, and pressure from abroad to "go with the flow" and keep consuming

* i doubt they will

* or they will suffer asian invasion

USA students won't be gathered in work groups by CHiNA

USA students won't be given machine shops to create machines

USA students won't be given reasonablly priced MATERIALS to compete with

THAT'S NOT TRUE AND BERNIE KNOWS IT

What can teachers DO?

Well - teach kids FINANCIAL RESPONSIBILITY - not to buy chinese imports they have no funding to create in the USA that chinese control. 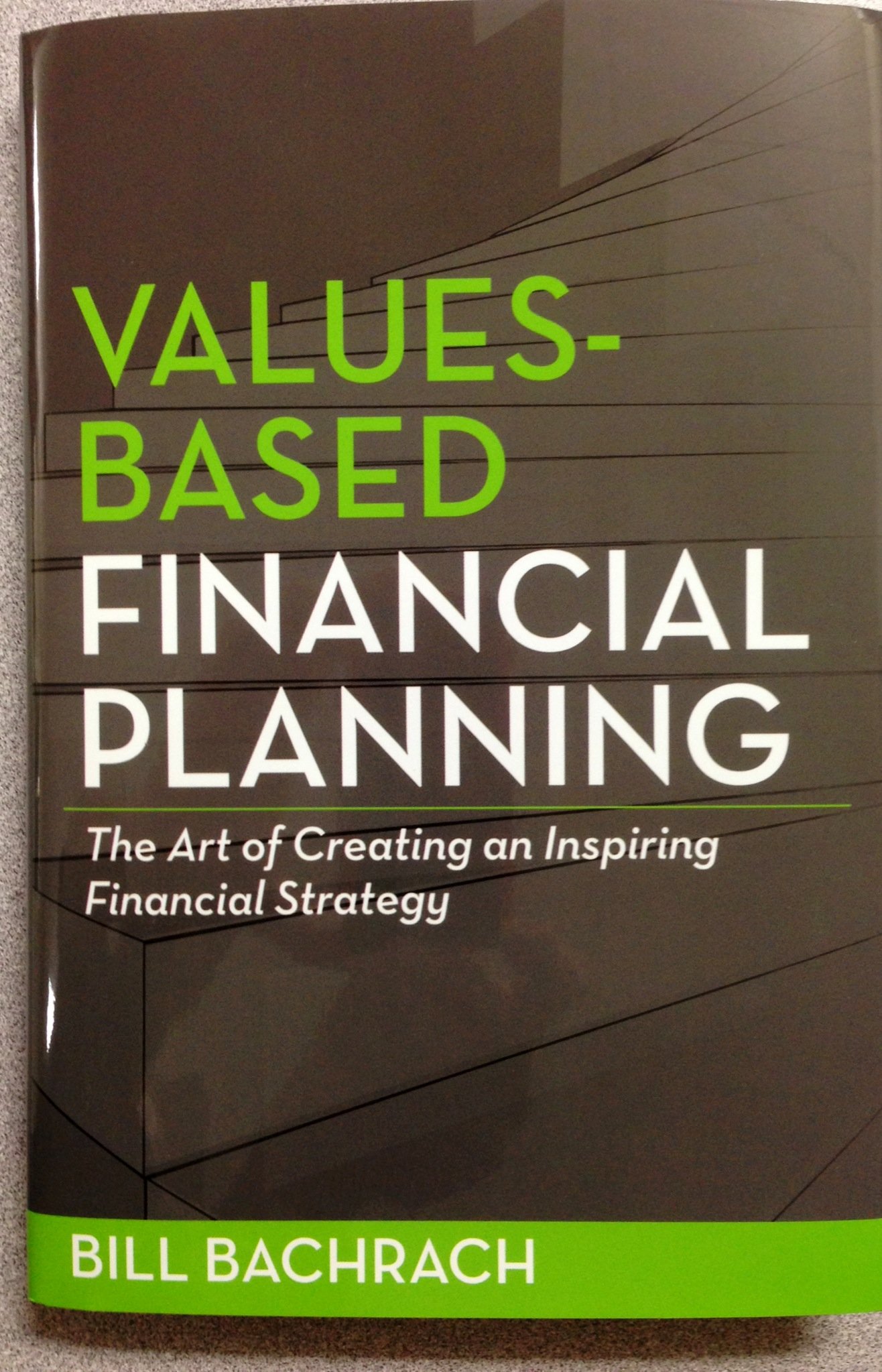 there should be NO TECH COURSE before machine course, no tech course or machine course before A FINANCIAL AND FAMILY PLANNING COURSE


Ways to make money from your cell phone - Verizon
https://www.verizon.com › articles › make-money-from...
Robinhood: Robinhood is a great option if you want to invest without worrying about paying commission fees, making it even easier to build your savings. They

IT'S A BAD INVESTMENT it's spending not savings

well there you go

IF YOUR NOT - THEN FINANCIAL PLANNING SHOULD BE A CONCERN

whether your consumption of chinese junk, with your tweaks, will win customers in a production market

the truth is - if you drove from Fairfax to Niagra Falls Canada through Pennsylvania, say 1975 1985 two things struck you

1) i hope to hell these rocks don't fall on me and why is that railway rusty ?

2) you stop by towns as rest stops - they are way behind fairfax - aging and lacking infrastructure. you think "God - did someone forget this place?"

THE ABOVE IS JOE BIDEN DODGED THE WAR, OBVIOUSLY

teachers should discuss with students what being a draft dodger or "fleeing to canada" means and whether it should be legal to be President of the military after having done so. George Washington certainly didn't dodge any draft.

Allot of it was shipped to china by democrat "GOLDEN PARACHUTE" CEOs - who are still alive and presently avoiding prison.

It was Bill Clinton (wife a lawyer for Walmart: china incorporated) who swore to use the military and police to protect Golden Parachute CEO when USA citizens had outcries.
Options: Reply•Quote
Re: repost 3: Burn the coal, pay the troll - what it meant and means today, reposted after democrat blog vandalism
Posted by: 56j666 ()
Date: October 30, 2021 04:54PM
now chinese are so far non-violent trade partners, and international trade does make ?some? sense: but chinese voice in the news they hate USA and may attack - and UK is their cheerleader and ARM, germany their conspirator

SEND SMALL ADDITIONS TO CHINA, economizing with just one industrial economy that others contribute to, and somehow call the books all even (though theres a quadrillion dollars in litigation in the USA - the size of the outsourcing plus interest)

* a serious problem is china doesn't see it that way. according to them they won it all in a lottery it is culturally their achiement they owe USA and EU nothing

* a serious problem is if there is war or famine or natural disaster, having 100% of the world's high production industrialization all in Asia IS STUPID. I think even a child understands why I'm not going to explain it

EXCUSES, EXCUSES, OUTSOURCE MORE, HOPE TO CONTRIBUTE NIBS TO CHINESE BUILT-UP, and the corrupt democrats - aligned with the corrupt in china - are the only families to survive
Options: Reply•Quote
Re: repost 3: Burn the coal, pay the troll - what it meant and means today, reposted after democrat blog vandalism
Posted by: 45y45u ()
Date: October 30, 2021 05:13PM
reverse engineering, a minor of my studies spanning 30 years of researching expection failures and what causes them - which ends up being who (corrupt people) and leads to Hillary Clinton state departement who was employed by Walmart (the chinese) as a lawyer. it doesn't lead to mistakes by people - since there were outcries by resonable people for reason and discussion against all these poisons, EACH, when they were introduced - backed by china and officials with brute gov powers aligned with the corrupt

as merely introduced in this article that CHINA POISONS ELECTRONICS, UK and china poison software (and india) - they all hate the USA


THEY ARE POISONED ELECTRONICS

But also there is this:

* Democrats would rather sell (your, government, etc) technology to china as nibs and allow chinese to control a mega industrial base because it's cheaper and easier to "add to a single base that is someone else's problem". Real businesses has complications Democrats are "avoiding". (the obvious problem looming, a global military super-power which owns everything, or a natural disaster in china, or a list of other)

* Democrats would rather buy a chinese shipping container and write fake ads to sell it at highly marked up price. At Walmart you must agree that "made in usa labels might not be made in usa" to shop in Walmart (illegal, and Hillar Clinton herself is a Walmart lawyer).

Saying china planned it all isn't true but it's a good way to get attention. As Xi complained a decade ago: allot of it is Democrats shoveling problems onto china and blaming both china and conservatives for "attacks" while the real attacks 1/2 came from the Democrats 1/2 came from china's natural business prowess to grow.
Options: Reply•Quote
Re: repost 3: Burn the coal, pay the troll - what it meant and means today, reposted after democrat blog vandalism
Posted by: 67i978o ()
Date: November 03, 2021 05:36PM
https://www.breitbart.com/africa/2021/11/02/chinas-huawei-debuts-tech-academies-in-africa/

Do you know who else dodged the draft? George W. Bush (family connections got him a cushy appointment to Alabama National Guard) and Donald J. Trump (family doctor diagnosed him with bone spurs which had never been mentioned before and never was again).

The Trump family has no record of military service in FIVE generations, encompassing 150 years and including two world wars. Let that sink in.