Welcome to Fairfax Underground, a project site designed to improve communication among residents of Fairfax County, VA. Feel free to post anything Northern Virginia residents would find interesting.
Goto Topic: Previous•Next
Go to: Forum List•Back to Forum•Post New Topic•Search•Log In•Print View
Pages: Previous12All
Current Page: 2 of 2
Re: I wants a new TV ....
Posted by: Coonman ()
Date: July 23, 2020 04:31PM
For over 150 years the United States has been conducting an interesting experiment. The subjects of the experiment: black people and working-class whites.

The hypothesis to be tested: Can a people taken from the jungles of Africa and forced into slavery be fully integrated as citizens in a majority white population?

The whites were descendants of Europeans who had created majestic civilizations.

The former slaves had been tribal peoples with no written language and virtually no intellectual achievements. Acting on a policy that was not fair to either group, the government released newly freed black people into a white society that saw them as inferiors. America has struggled with racial discord ever since.

Decade after decade the problems persisted but the experimenters never gave up. They insisted that if they could find the right formula the experiment would work, and have concocted program after program to get the result they desired. They created the Freedman’s Bureau, passed civil rights laws, tried to build the Great Society, declared War on Poverty, ordered race preferences (Affirmative Action), built housing projects, and even tried midnight basketball.

Their new laws intruded into people’s lives in ways that would have been otherwise unthinkable. They called in National Guard troops to enforce school integration.

They outlawed freedom of association. Over the protests of parents, they put white children on buses and sent them to black schools and vice versa. They tried with money, special programs, relaxed standards, and endless handwringing to close the “achievement gap.” To keep white backlash in check they began punishing public and even private statements on race. They hung up Orwellian public banners that commanded whites to “Celebrate Diversity!” and “Say No to Racism.” Nothing was off limits if it might salvage the experiment. It was and is propaganda gone rampant.

Some thought that what W.E.B. DuBois called the Talented Tenth (1/10) would lead the way for black people. A group of well-educated blacks would knock down doors of opportunity and show the world what blacks were capable of. There is a Talented Tenth. They are the Black Americans who have become entrepreneurs, lawyers, doctors and scientists. But ten percent is not enough. For the experiment to work, the ten percent has to be followed by a critical mass of people who can hold middle-class jobs and promote social stability. That is what is missing.

Through the years, too many black people continue to show an inability to function and prosper in a culture unsuited to them. Detroit is bankrupt, the south side of Chicago is a war zone and Chicago is near bankrupt, and the vast majority of black cities all over America are beset by degeneracy and violence. Blacks never take responsibility for their failures. Instead, they lash out in anger and resentment.

Across the generations and across the country, as we have seen in Detroit, Watts, Newark, Los Angeles, Cincinnati, Ferguson, New York, and now Baltimore, rioting and looting are just one alleged racial incident away. The Liberals would tell us that this doesn’t mean the experiment has failed. We just have to try harder. We need more money, more time, more understanding, more programs, and more opportunities.

Since 1965, when America opened its doors to Third World, immigrants from Asia and India, people who are not white, not rich, and not “connected” have quietly succeeded. While the children of these people are winning spelling bees and getting top scores on the SAT and striving to make a better life, while black “youths” are committing more than half the country’s violent crime, which includes viciously attacking random people for the thrill of it that has nothing to do with poverty.

The experiment has failed. Not because of culture, or white privilege, or racism.

The fundamental problem is that white people and black people are different.

They differ intellectually and temperamentally. These differences result in permanent social incompatibility.

Our leaders don’t seem to understand just how tired their white subjects are with this experiment. They don’t understand that white people aren’t out to get black people; they are just exhausted with them. They are exhausted by the social pathologies, the violence, the endless complaints, and the blind racial solidarity, the bottomless pit of grievances, the excuses, and the reflexive animosity.

The Liberals explain everything with “racism,” and refuse to believe that white frustration could soon reach the boiling point. 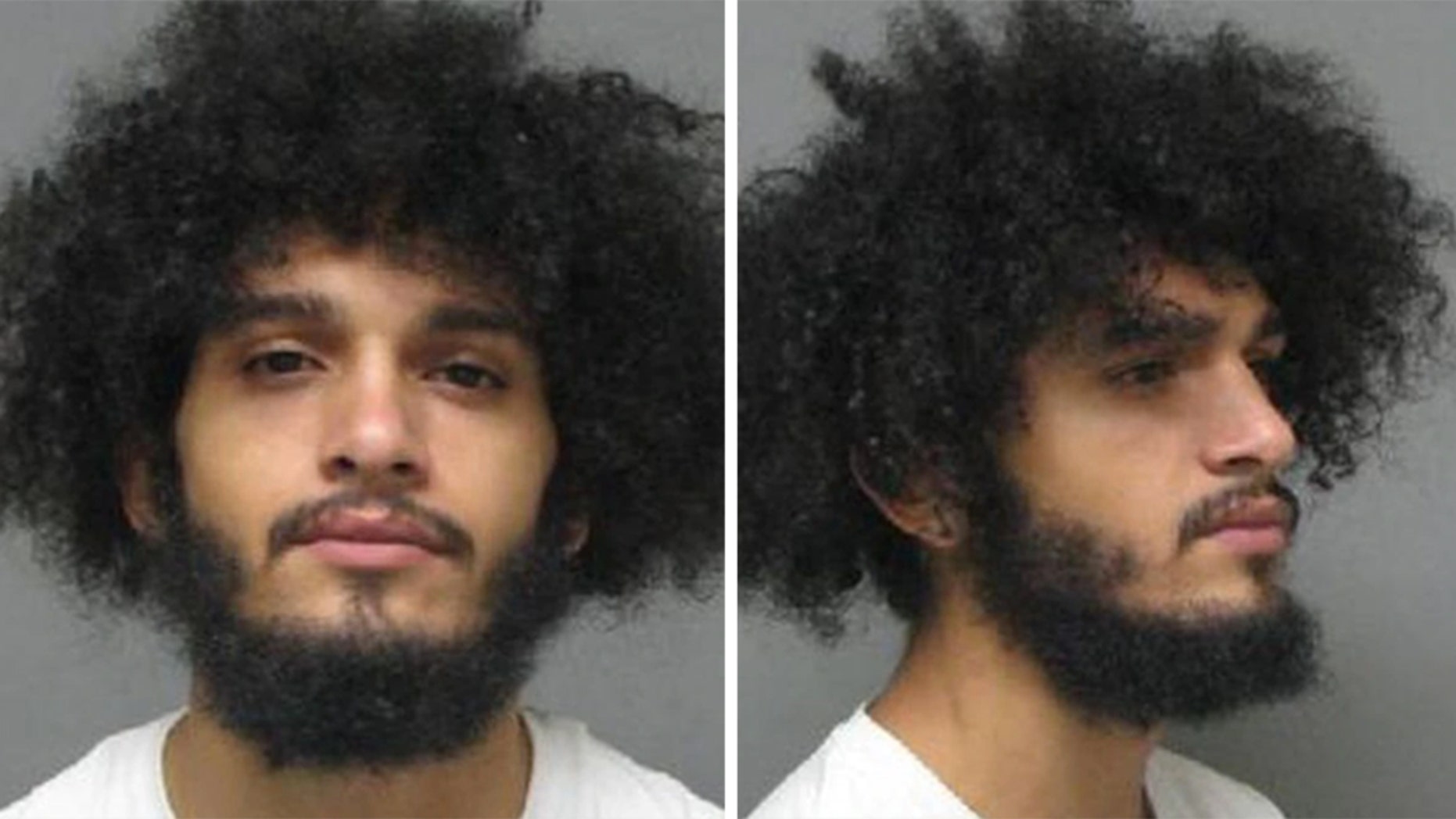 An Ohio man who was out on parole has been thrown in jail and awaits new felony charges after a photo circulated on social media showing him posing with his knee to the neck of a crying, White 2-year-old boy alongside a message referencing Black Lives Matter.

The photo shows a man, who has since been identified as 20-year-old Isaiah Jackson, with his knee on the neck of a crying white toddler who is only wearing a diaper. Another person holds the child’s hands behind his back. The banner across the photo read: “Blm now mf."

According to WGCL-TV, an Altanta-area Cedar Grove High School Interrelated Teacher Brian Papin commented beneath the photo, writing: “Again! Your [sic] doing it wrong! One knee on the center of the back one one [sic] the neck and lean into it until death! You saw the video! Get it right or stop f***ing around!”

DeKalb County School District said on Facebook Thursday that it “is aware of the disturbing social media post associated with a district teacher. We are currently investigating the situation. DCSD is committed to the safety and well-being of our children, and there is no place for racism in our school district.”

Police on Friday released a surveillance video of three individuals they say shot up a home in the middle of the night, killing a sleeping 19-month-old boy and injured his twin brother.

A portion of the footage shows two of the individuals walking around the house followed by the loud sound of gunfire. One of them can be seen with a gun in his right hand.

The incident happened on Wednesday around 2:30 a.m.; it was one of three shootings that occurred within a six-hour span.

Ace Lucas and his twin brother were asleep when the bullets ripped through the home.

93% of blacks killed are killed by other blacks
Blacks commit 44% of all murders in the US, yet are only 13% of the population.
Blacks commit 63% of all violent crime in the US. 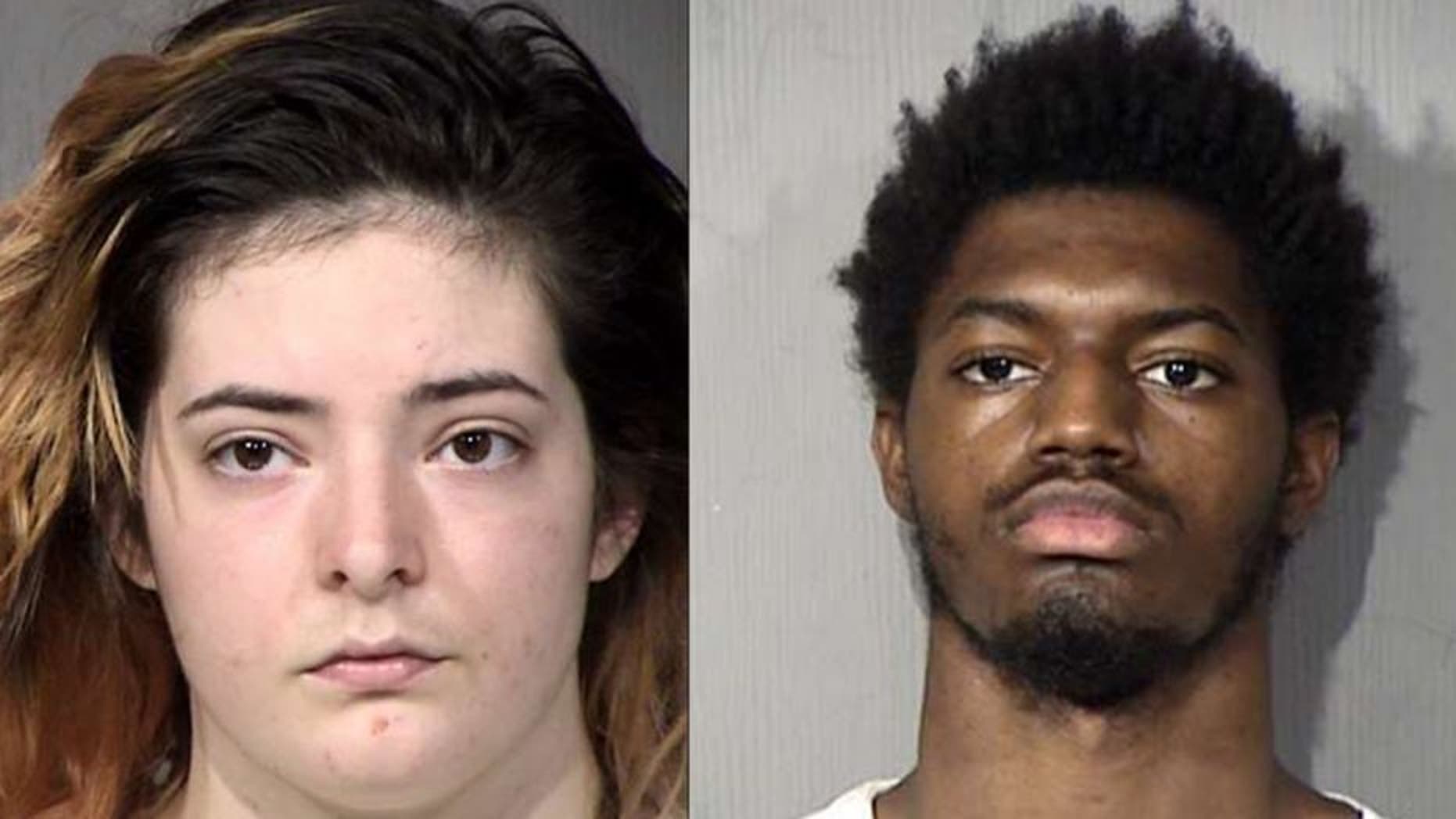 
The remains of an Arizona State University engineering professor were found in a landfill last week – four months after he went missing, authorities confirmed Friday. The suspects were arrested in Louisiana on March 30 after the vehicle they were riding in was determined to be that of the missing professor.

The slain professor was identified as Jun Seok Chae, who was reported missing in March after he failed to show up for a planned Zoom lecture for students, FOX 10 of Phoenix reported.

After several weeks of investigation, authorities determined that Chae’s remains might be in the Northwest Regional Landfill. An average of 15 people worked 10-hour days for 48 days, scouring the landfill in a search for Chae’s remains, at a cost to taxpayers of more than $304,000, the Arizona Republic reported.

Authorities believe the two suspects – identified as Javian Ezell and Gabrielle Austin, both 18 -- killed Chae during an armed robbery, placed the body in a trash dumpster, stole his car and traveled to Louisiana.

The suspects also face armed robbery and vehicle theft charges, the report said. They were being held on a $1 million bond.
Options: Reply•Quote
Re: I wants a new TV ....
Posted by: Karma - I have a list ()
Date: July 26, 2020 06:44PM
WARNING: PUT YOUR BEER DOWN BEFORE VIEWING VIDEO

Sheboon chimps out on boyfriends car, car punches back. 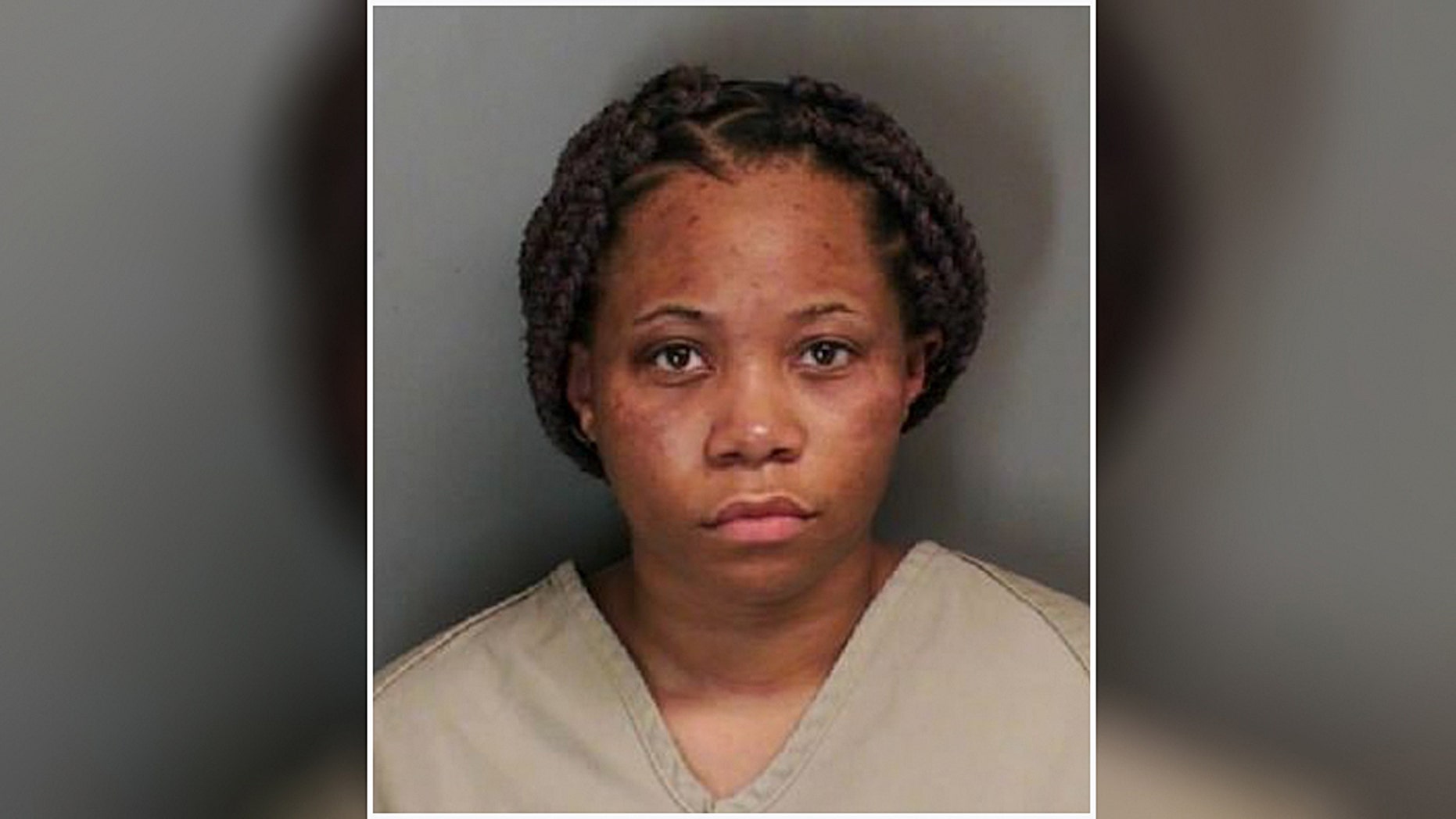 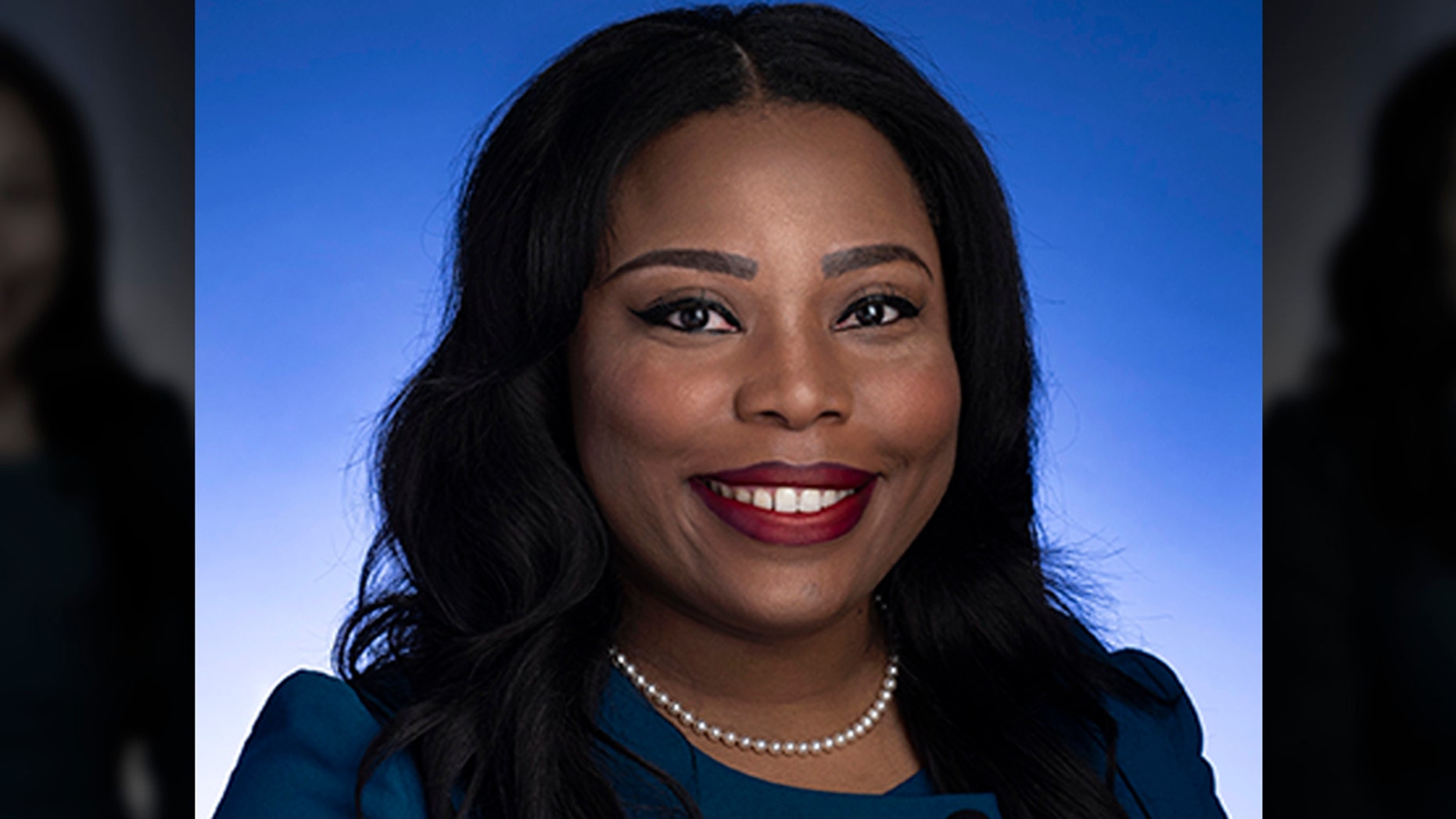 A Tennessee state senator was charged with using federal funds to pay for her wedding and fund an extravagant lifestyle, prosecutors announced in a statement this is week.

Sen. Katrina Robinson reportedly stole $600,000 between 2015 to 2019, which was granted to The Healthcare Institute, a company she directed, according to the New York Post.

Outside of wedding costs, the Democratic state senator who was elected in 2018, is also charged with using the money to pay for a lavish honeymoon and to pay legal fees for her divorce.

Robinson also allegedly bought her daughter a 2016 Jeep Renegade, invested in a snow cone business run by her children and paid for home renovations with the money, according to federal investigators.


this obviously wasn’t around here, look how much room those parking spaces have, you can actually get out of your car without beating up the car next to you 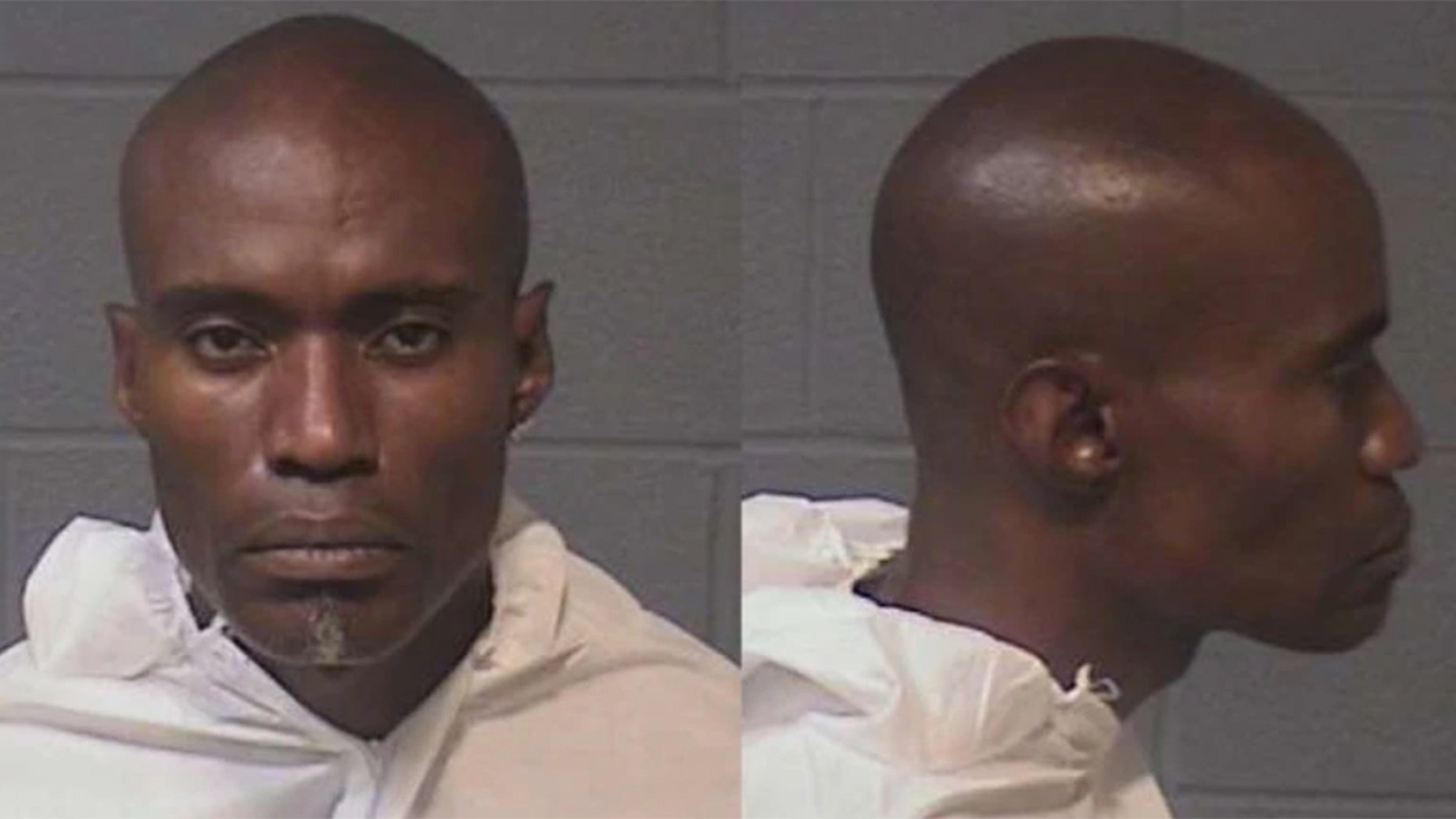 A black man decapitated his landlord with a sword during a dispute over unpaid rent, authorities said.

Police responded to a 911 call the morning of July 25 from landlord Victor King, who said his roommate, Jerry Thompson, had been waving a Samurai sword at him.

The pair was arguing about Thompson’s overdue rent, with King telling Thompson he had to move out if he couldn't pay.

The following morning, police received calls from King’s friends who were concerned for his safety after they couldn't reach him.

Officers forced their way into King’s home later that afternoon and found his body slashed and covered in bedding, with blood everywhere.

Thompson believes he is a sovereign citizen, and thus not subject to U.S. laws. He appeared without an attorney and refused to speak with a public defender. His next court appearance is scheduled for Aug. 18.
Options: Reply•Quote
Re: I wants a new TV ....
Posted by: Negro Crime ()
Date: August 01, 2020 07:39PM
Typical day in DEMOCRAT controlled Chicago ...