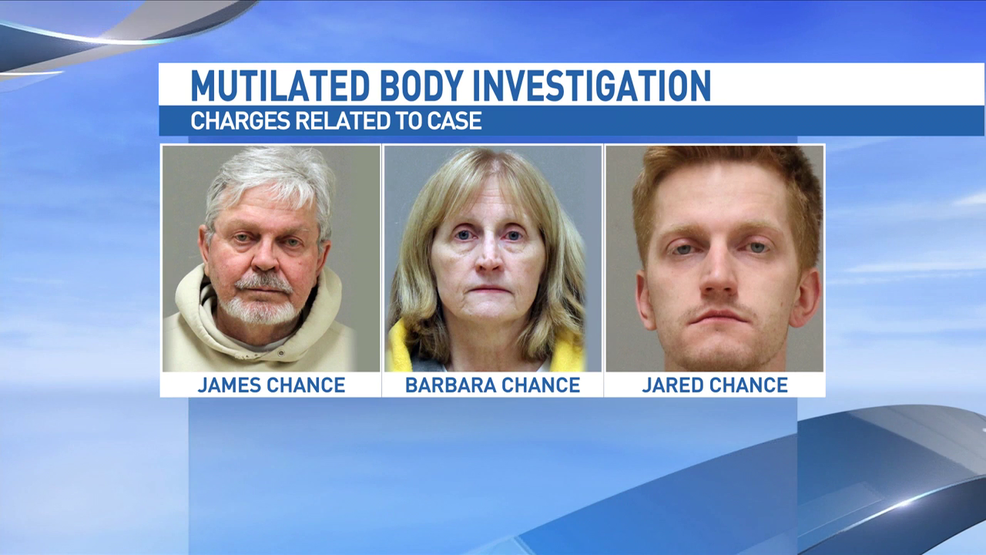 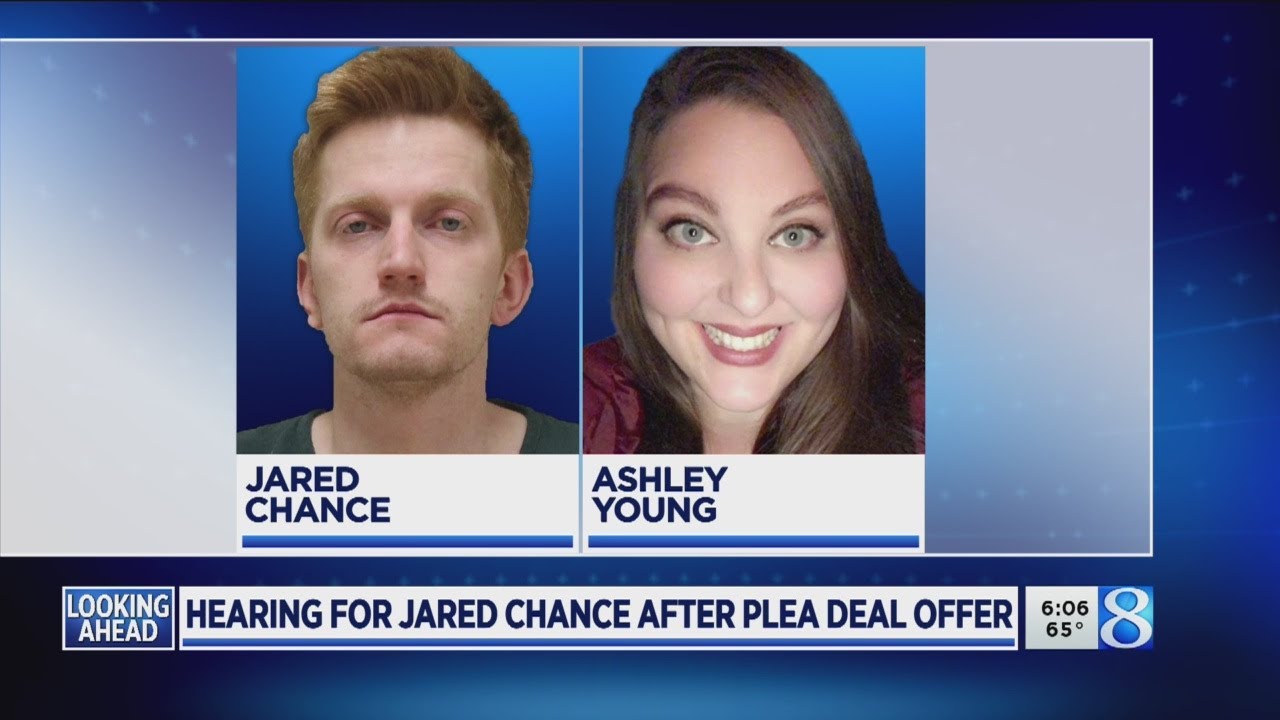 MICHIGAN EXPLAINS THE JUDGE DIDN'T SENTENCE THE JURY DID (which, btw, is highly illegal by USA laws: to the judge law, to the jury fact, sentencing equally across men)

the parents are tied in by lying in court about what they (must have?) known (AND TO STEAL THEIR HOUSE, auction it off, it is democrat territory: #guilty)

He killed his X. (often this is a 12 yr sentence reduced for good behavior)

Options: Reply•Quote
Re: Michigan man sentenced 100 years in prison for killing a drama queen, her drama tirade continues 100yr after death! Long live the Queen of Drama
Posted by: 34gt4r3 ()
Date: October 10, 2019 06:20PM
there was an "extra charge" of trying to hide the body and trying to flee

Hitting the white boy with 100 years and giving Tyron 5 yr for good bahavior because he was metally ill when he dun it?

the judge is a total asshole

Options: Reply•Quote
Re: Michigan man sentenced 100 years in prison for killing a drama queen, her drama tirade continues 100yr after death! Long live the Queen of Drama
Posted by: e3r4ft4r3e ()
Date: October 10, 2019 06:22PM
the fact is you have to give ALL THE LOVERS 100 YEARS OR NONE OF THEM

AND THE MICHIGAN JUDGE REFUSED TO DO THAT

Judge Denenfeld took the bench on August 10, 2009. He received his BA degree from Western Michigan University and his JD from the University of Cincinnati and was a Public Defender Service for the District of Columbia (that's right: corrupt nigger city democrat land!!) done pretending to be a judge yet? get out of my chair asshole
Options: Reply•Quote
Re: Michigan man sentenced 100 years in prison for killing a drama queen, her drama tirade continues 100yr after death! Long live the Queen of Drama
Posted by: rtfgrtr ()
Date: October 10, 2019 06:34PM
it appears to be a case where the boy had (been poisoned was not doing well, perhaps drinking or poison) and the girl made the ensuing breakup "less than swift or fair"

I THOUGHT Judge Paul Denenfeld LEARNED LAW IN D.C., or is his record fake too?

On Sept. 6, to the dismay of the victim’s family and the prosecuting attorney, a woman was sentenced to less than a decade for killing her husband. THERE ARE NO PHOTOS OF HER INJURIES
Options: Reply•Quote
Re: Michigan man sentenced 100 years in prison for killing a drama queen, her drama tirade continues 100yr after death! Long live the Queen of Drama
Posted by: dc is no judge of ME ()
Date: October 10, 2019 06:55PM
Dianna Lalchan WAS NOT CHARGED WITH MURDER. that's right - involuntary manslaughter 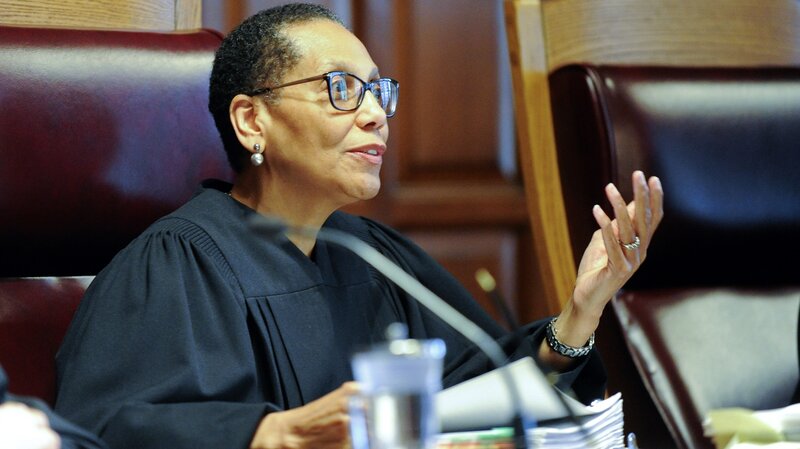 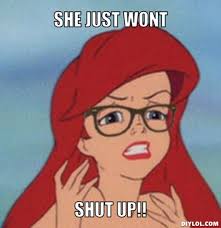 Options: Reply•Quote
Re: Michigan man sentenced 100 years in prison for killing a drama queen, her drama tirade continues 100yr after death! Long live the Queen of Drama
Posted by: freebie 22 ()
Date: December 06, 2019 02:15AM
so unlike all the blacks in Detroit that killed a white woman and (tried) to hide a body and were ruled "mentally depressed and not responsible"

this guy is deemed fully ept for killing his gf?

Many students, including several who called themselves socialists, stopped to talk to Niles and his supporters at the literature table set up by the International Youth and Students for Social Equality (IYSSE). Niemuth was joined by IYSSE members at the campus who distributed a flier for the upcoming September 20 meeting, “Why the working class needs socialism,” at Wayne State University in the General Lectures building’s Italian Room.

The urban university has a diverse student body of more than 17,000 undergraduates, including large numbers of Middle Eastern students. The school also draws thousands of working-class students from the metropolitan Detroit area, including from Detroit, Flint and the southern Downriver suburbs in the 12th congressional district where Niles is running against incumbent Democrat Debbie Dingell in November.

Students expressed concern about war, the unprecedented levels of social inequality in America and the pressure of paying off student loans after graduating. One student pointed to the crisis in the Detroit public schools, which recently shut off water in the buildings after high levels of lead and other toxins were found in the drinking water as in nearby Flint.

“The city of Detroit was totally looted during the 2013-14 bankruptcy backed by the Obama administration,” Niles said, noting that retired city workers saw their pensions and health care cut and public assets were sold to pay off wealthy bondholders controlling the city’s debt. Now billionaire real estate developer and Quicken Loans CEO Dan Gilbert, Niles said, “is going to get one billion dollars in tax breaks to build a skyscraper and other projects downtown. Meanwhile the schools are falling apart and there is lead in the water, which does terrible damage to children.”

The giant fortunes controlled by Gilbert, the Ilitch family (owners of Little Caesars Pizza and the Detroit Red Wings and Detroit Tigers professional sports teams) should be confiscated, Niles explained, so that the wealth produced by the working class can be used for social needs.

Several students said they had been initially attracted to Bernie Sanders during the 2016 presidential election but had become discouraged after he endorsed Hillary Clinton. “Sanders and the Democratic Socialists of America,” Niles said, “claim the Democratic Party can be reformed. That is a lie, the Democrats are a capitalist party, which defends the wealth and power of the corporate and financial elite, just like Trump and the Republicans.”

“The SEP,” Niles said, “is a genuine socialist party. We are fighting to mobilize the working class against the capitalist system, which is the root cause of war and inequality.”

Niles and Elaine
Elaine, a freshman who hopes to study geology, told the WSWS, "A lot of my friends from high school call themselves socialists and after talking to Niles I'm aligning more with the socialist ideas too. There is huge disparity in wealth and we are all concerned about war, the job market and student loan debt.

"After going to Wayne State University, you could leave here with $50,000 in debt. Then you can't get a job, or you get one that pays so little you never get out debt.

"I've watched the teacher strikes across the country. A lot of my family members are teachers who are losing their pensions and taking cuts in their pay—I can understand why they are striking. Detroit Public Schools is not well funded, and they shut the water off because of lead.

"I'm also very upset about internet censorship. The First Amendment is freedom of speech and without freedom of expression we have a dictatorship."

John, 22, is studying music with a minor in computer science, and lives in Dearborn. “I followed Sanders and ended up voting for Clinton too,” he said, “so I kind of drank the Kool-Aid. It’s something I really regret now, looking at what Bernie overlooked, the rigging of the primaries by the Democratic National Committee. Sanders just glazed over it, instead of it being a rally cry to declare ‘we will go on our own.’ He just conformed and said vote for Clinton.”

Now, John said he wanted to know what a real socialist is. “I feel like the Democrats are pushing this whole scary Russia thing, so they can point the finger when it should be on them,” he said. “Trump is a product of the system we have now. We’ve had this system that has been vomiting these terrible presidents for so long. The two most popular people in that election were outsiders or presented themselves as outsiders.”

Chris, 20, is studying at Wayne County Community College. He saw the meeting title, on how to fight for socialism, and told us, “Socialism is my thing, capitalism is not!”

“It is just the big banks and corporations in control and it’s total BS and isn’t fair to everyone in the working class,” he said. “We’re a little tiny sliver that you can’t even see on the pie, and the rest is them.”

Chris has worked for two years at Beaumont Hospital as a dietary assistant, delivering food to patients and washing dishes. He is paid $14 per hour. He wants to be an occupational therapist and is studying while he works.

“After what they take out I get left with $400-500 every two weeks in my paycheck,” he said. “Once my bills are paid, I’m left with little. Wealth should be distributed equally so we have money to live with and then do other things as well. We don’t even have enough to live.”

At his job Chris says he sees firsthand the impact of inaccessible health care for the working class. “People don’t have enough money to pay for their medical bills. It breaks my heart because I see this first hand, and how are you going to have a guy who can’t walk and bill him hundreds of thousands of dollars? These are guys working every day who just don’t have that kind of money.”

Rochelle and Niles
Rochelle, a clinical laboratory science student, agreed. "I'm concerned about health care because the cost of medical coverage can make or break you. My sister went bankrupt after cancer treatment and she's a software engineer who made good money. Health care should not be a privilege but a human right."

“Yes,” Niles agreed, “health care should be a guaranteed social right, and provided to everyone without cost just like pre-school through college education. But that is not going to be achieved through the Democratic Party, which is, just like the Republicans, a tool of the banks and insurance, hospital and pharmaceutical companies. The working class has to take political power in its own hands, redistribute society’s wealth and establish socialism.”
Attachments: