Welcome to Fairfax Underground, a project site designed to improve communication among residents of Fairfax County, VA. Feel free to post anything Northern Virginia residents would find interesting.
Goto Topic: Previous•Next
Go to: Forum List•Back to Forum•Post New Topic•Search•Log In•Print View
Governor Klansman, Lt Governor RAPIST, and Attorney General Blackface --- The Ongoing Corruption of Democrats
Posted by: DEMS = DUMBASSES ()
Date: July 11, 2019 08:03AM
RICHMOND, Va. (AP) — An attorney for Virginia Lt. Gov. Justin Fairfax says there's a witness who can corroborate his story that he did not rape a woman while they were students at Duke University nearly 20 years ago.

Fairfax lawyer Barry Pollack sent a letter Tuesday to a North Carolina prosecutor saying the unnamed witness "has stated unequivocally" that the allegations made against Fairfax are false.

Once a rising star among Virginia Democrats, Fairfax has fended off widespread calls for his resignation after two women came forward in February and accused him of sexual assault.

Fairfax has said both encounters were consensual and asked prosecutors in Boston and North Carolina, where the accusers say the assaults occurred, to investigate. The women have both called for a bipartisan hearing at the Virginia General Assembly, which Fairfax and Democratic lawmakers have opposed.

Meredith Watson has said Fairfax carried out a "premeditated and aggressive assault" in a Duke fraternity house in 2000. The Associated Press generally doesn't name people who say they are victims of sexual assault, but Watson has come forward voluntarily.

Pollack declined to identify the witness, who he said "recalls the events clearly and has shared his recollections with a number of people."

Pollack also said Fairfax was disappointed that Deberry's office had not responded to his requests to meet with her office and "has not ruled out pursing other legal remedies for the severe harm that this false allegation has caused."

Watson's attorney, Nancy Erika Smith, issued a statement challenging Fairfax to have the witness testify at the legislature.

"If Justin Fairfax wants the truth to come out, this secret witness should testify under oath, in public, along with Mr. Fairfax, both his victims and their witnesses," Smith said. "Fairfax continues to fight a public hearing tooth and nail. That says it all."

Fairfax has characterized the assault allegations as part of a racially motivated smear campaign intended to derail his political career, though both his accusers are African American. The allegations became public shortly after a racist photo in Gov. Ralph Northam's medical school yearbook surfaced and nearly drove the governor from office, which would have made Fairfax the governor.

Fairfax recently announced he was leaving his law firm to focus on "serving the people of Virginia." He has also said he may run for governor in 2021.


We should be concerned about the racist democrat shitbag (redundant) in the Virginia's governor's mansion. 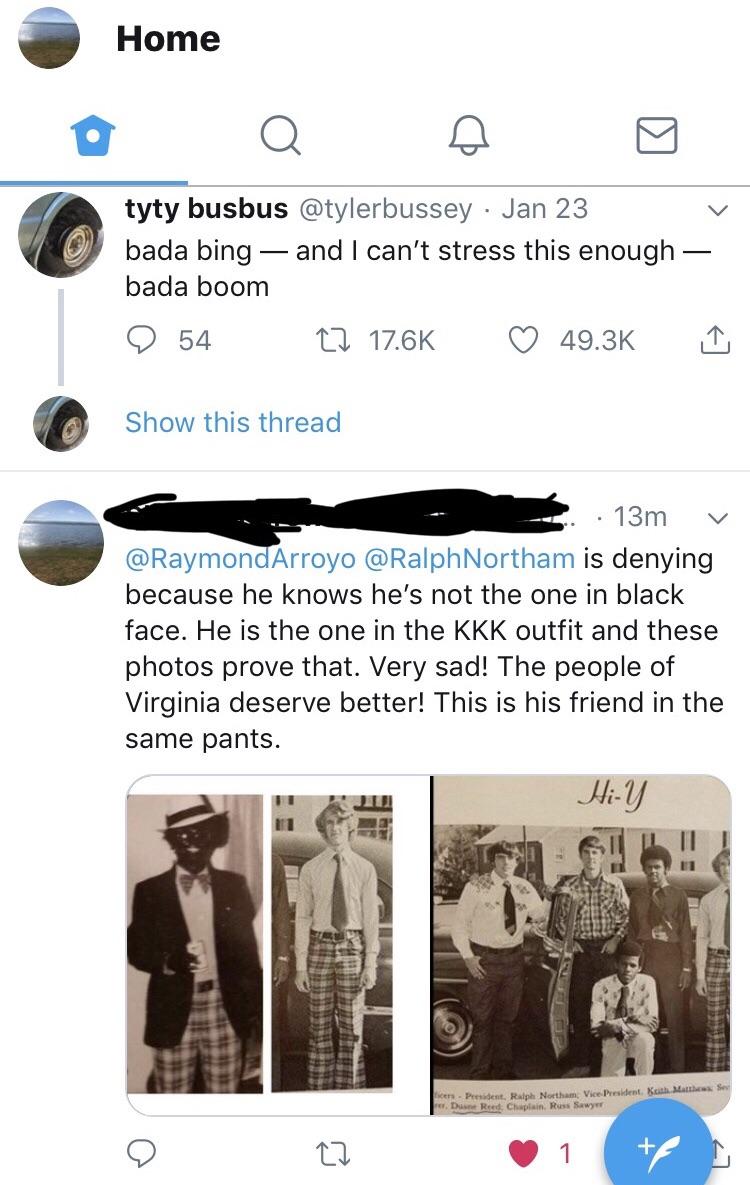 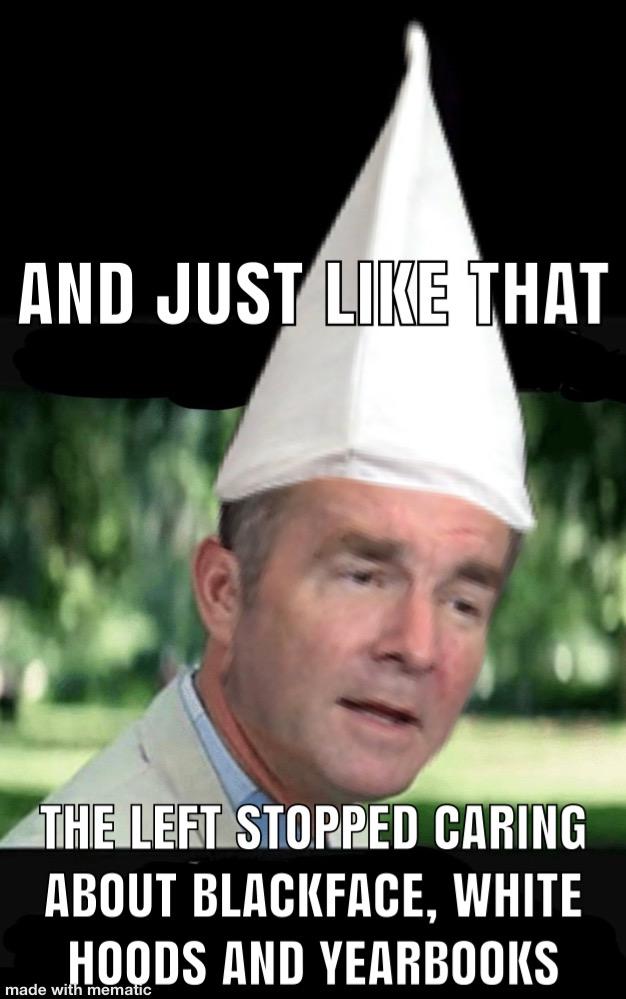 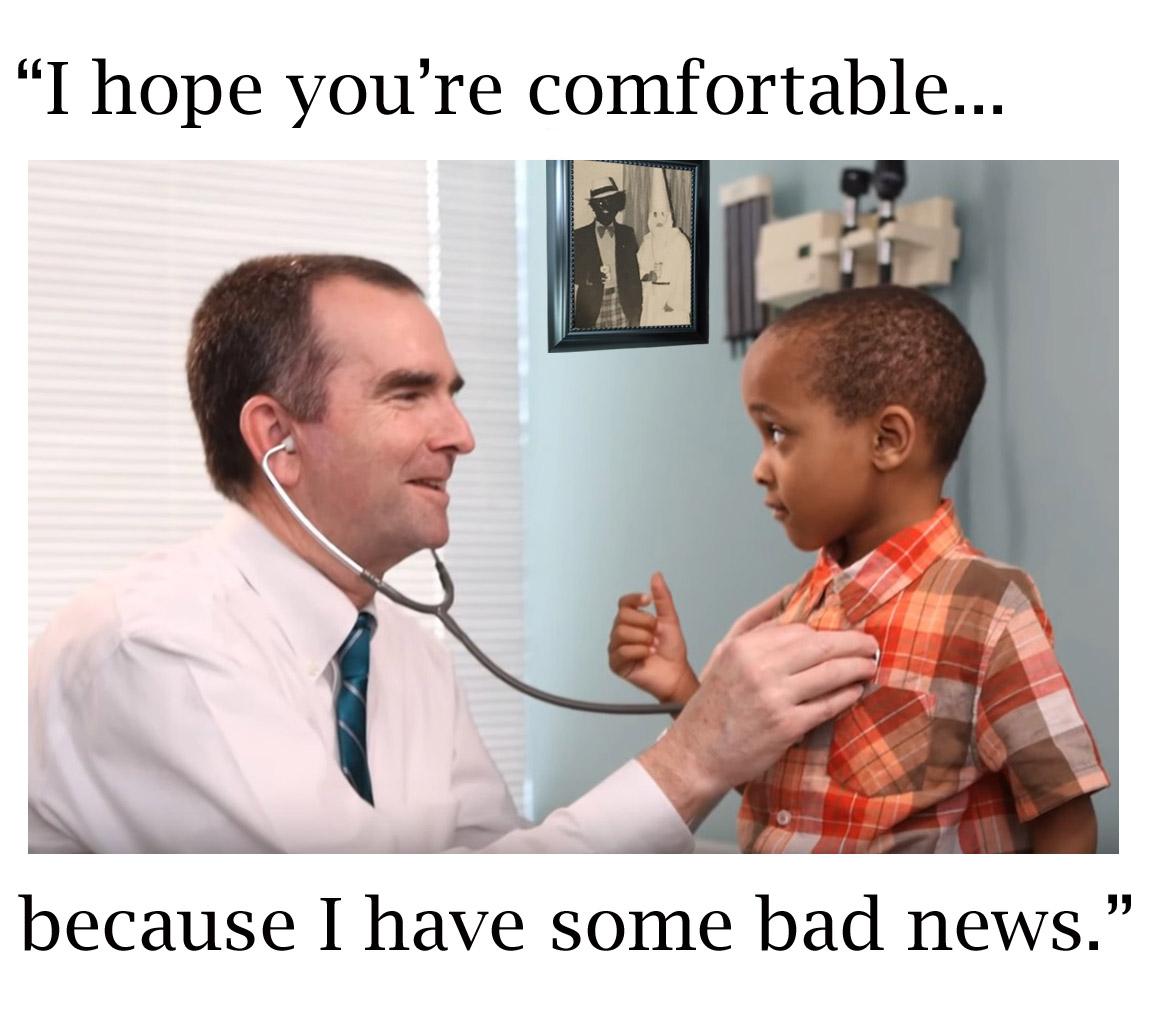 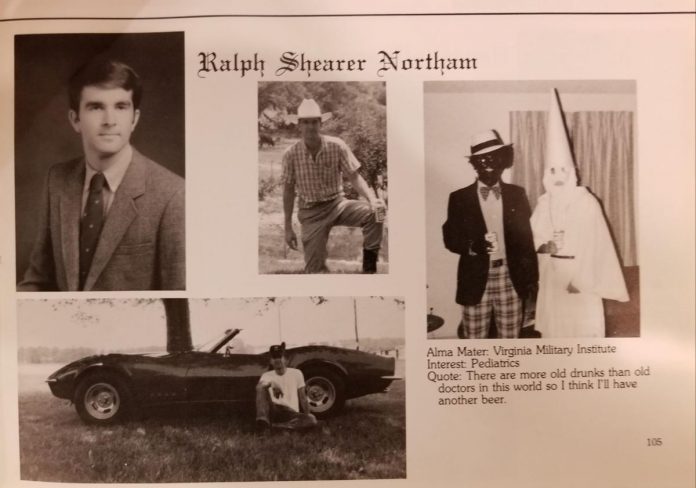 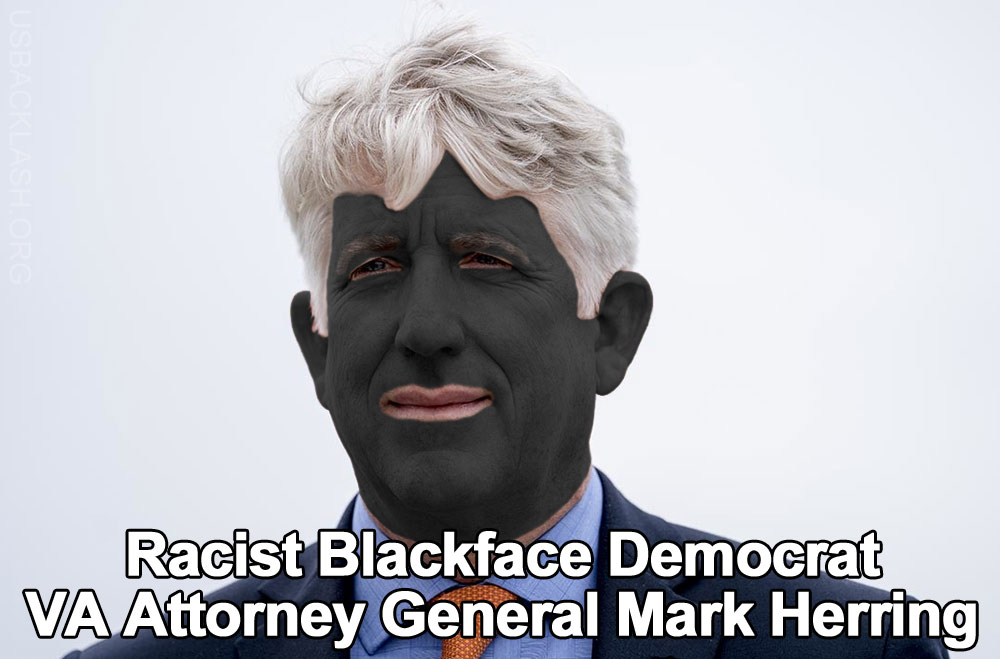 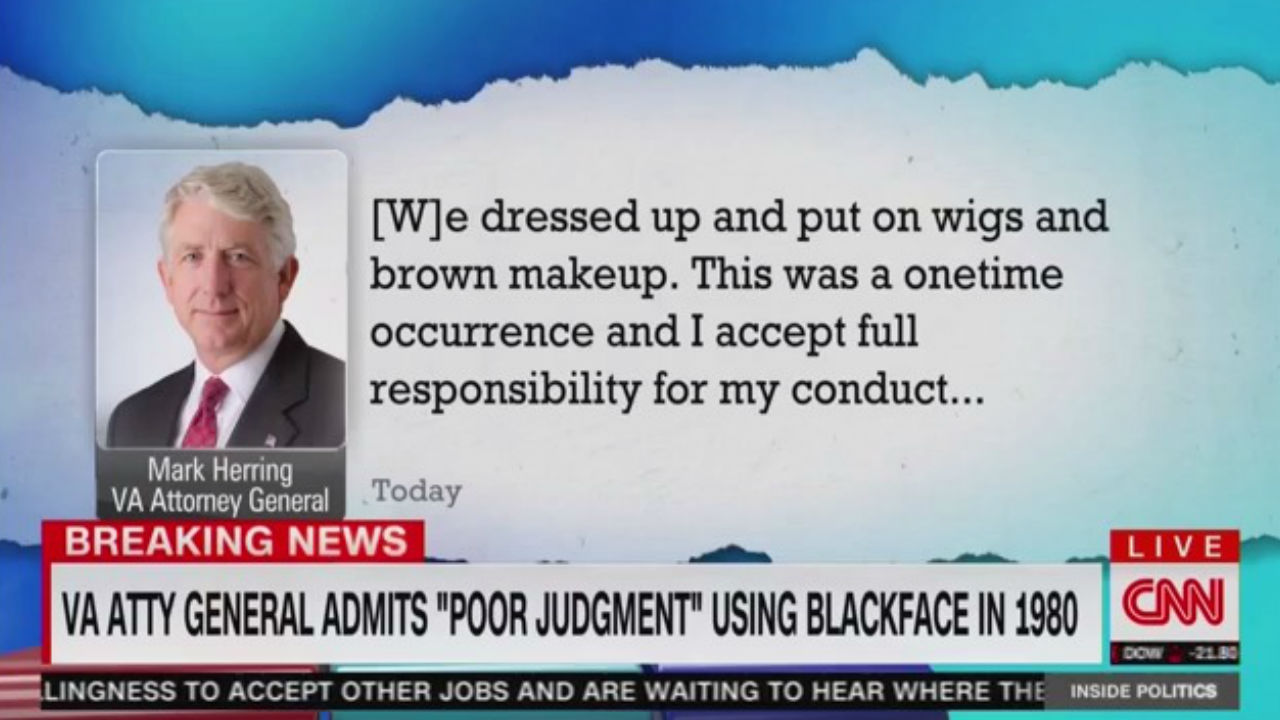 "Oh my brothers, and I say it again, you've been had.
You've been took.
You've been hoodwinked.
Bamboozled.
Led astray.
Run amok!"
They put you in the chains of slavery, fought to keep you there and have held you needing them ever since.
Open your eyes to the harm the DNC has done to you.
Options: Reply•Quote
Re: Governor Klansman, Lt Governor RAPIST, and Attorney General Blackface --- The Ongoing Corruption of Democrats
Posted by: Democrat Rapist ()
Date: July 15, 2019 06:10PM
Vanessa Tyson, a politics professor at Scripps College in California, says she met Fairfax at the 2004 Democratic National Convention, where she walked him back to his Boston hotel room one night and “consensual kissing quickly turned into a sexual assault.”

“Mr. Fairfax put his hand behind my neck and forcefully pushed my head towards his crotch. Only then did I realize that he had unbuckled his belt, unzipped his pants, and taken out his penis. He then forced his penis into my mouth,” she said in a statement released by law firm Katz, Marshall and Banks — the same outfit that represented Christine Blasey Ford in her allegations against then-Supreme Court nominee Brett Kavanaugh.

“Utterly shocked and terrified, I tried to move my head away, but could not because his hand was holding down my neck and he was much stronger than me. As I cried and gagged, Mr. Fairfax forced me to perform oral sex on him. I cannot believe, given my obvious distress, that Mr. Fairfax thought this forced sexual act was consensual.”

Tyson went to the Washington Post with her allegations after Fairfax was elected in late 2017, but the paper ultimately didn’t publish the story at the time, saying this week it couldn’t corroborate either side of the story.
She said this left her feeling “powerless, frustrated, and completely drained.”
In an initial statement denying Tyson’s allegations, Fairfax claimed the paper didn’t go ahead with the story because her allegation had “significant red flags and inconsistencies” — which the paper has subsequently denied, and she now says falsely painted her as a liar.

“Mr. Fairfax’s suggestion that The Washington Post found me not to be credible was deceitful, offensive, and profoundly upsetting,” she said.

Tyson says Fairfax continued his “smear campaign” at a press conference Monday, where he pointed reporters to a 2007 video in which she discussed being the victim of incest and molestation as a kid — and noted that she didn’t mention the alleged Boston assault.

“In that video I did not talk about being assaulted by Mr. Fairfax. This, of course, is not proof that he did not assault me. His reliance on this video to say the opposite is despicable and an offense to sexual assault survivors everywhere,” she said.

"She Must Be Believed", unless the accused is a Democrat. Then the story must be buried.

https://www.youtube.com/watch?v=6vaazQLrytU
Options: Reply•Quote
Re: Governor Klansman, Lt Governor RAPIST, and Attorney General Blackface --- The Ongoing Corruption of Democrats
Posted by: No Place in the DNC ()
Date: July 15, 2019 09:49PM
No self-respecting Democrat should support these three: Recently, Northam wasn't able to bring in a fifth of the money MacAwful brought in during the same time when he was governor. The Dems are cutting the Klansman, the Rapist and the Racist loose.

But then, they largely stopped peddling such claims. Rep. Jennifer Wexton (D) concedes that Fairfax’s accusers, Dr. Vanessa Tyson and Meredith Watson, are telling the truth, and that “Lieutenant Governor Justin Fairfax must resign.”

Even Fairfax’s former political allies began calling for his resignation, realizing that his continued presence in office may anger voters. That could cost the Democrats seats in the upcoming 2019 legislative elections, where they were expected to win control of both houses of the legislature.

State Delegate Lee Carter of Manassas said, “In light of the multiple credible allegations against Lt. Gov. Fairfax, I hereby call for his immediate resignation.”

Even former Virginia Governor Terry McAuliffe also called for Fairfax’s resignation. But Fairfax (the rapist) still won’t leave. In a statement, Rapist Fairfax said, “I will not resign.”

When is this democrat phuckstick going to abandon ship?


So DUMBASS, what you are saying is you got NOTHING!!!!
Options: Reply•Quote
Re: Governor Klansman, Lt Governor RAPIST, and Attorney General Blackface --- The Ongoing Corruption of Democrats
Posted by: Coonman ()
Date: August 31, 2019 10:29PM 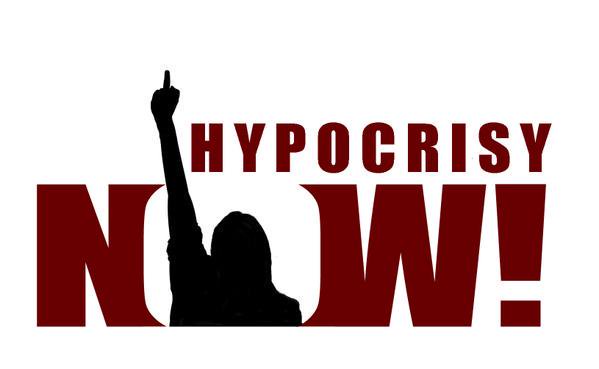 Over 6 months after the Governor Klansman, Lt Gov Rapist, and AG Blackface were outed.
NONE have resigned.
The NAACP said Blackface is OK, if you are a member of the Democrat Party (the party of the former slave owners).
The Leftist Media is SILENT!!!!!!!
Options: Reply•Quote
Re: Governor Klansman, Lt Governor RAPIST, and Attorney General Blackface --- The Ongoing Corruption of Democrats
Posted by: Independent Voter ()
Date: September 01, 2019 10:48AM
DEMOCRATIC CONVENTION SCHEDULE has been released.
Monday July 20, 2020
11:15 AM
Free lunch, medical marijuana, and bus ride to the Convention.
Forms distributed for Food Stamp enrollment.
2:30 PM
Group Voter Registration for Undocumented Immigrants.
4:00 PM
Opening Flag Burning Ceremony
Sponsored by CNN
4:15 PM
Address on "Being the Real You"
Rachel Dolezal, former Head of the Seattle NAACP and
Caitlyn Jenner
4:30 PM
"How to Bank $200 Million as a Public Servant and Claim to be Broke"
Hillary Clinton
4:45 PM
“How to have a successful career without ever having a job, and still avoid paying taxes!”
A Seminar Moderated by Al Sharpton and Jesse Jackson
5:00 PM
Medals of Freedom presentation to Army deserter Bo Berghdal
Baltimore Looters
5:30 PM
Invitation-only Autograph Session
Souvenir photographs of Elizabeth Warren dressed in Native American clothing
5:45 PM
Tribute to All of the 57 States
Congresswoman Nancy Pelosi
6:00 PM
General vote on praising Baltimore rioters, and on using the terminology "Alternative Shoppers" instead of "Looters"
7:30 PM
Announcement of VP Nominee - Stacy Abrams
Former Ambassador to Libya, Chris Stevens, with a quick a post-mortem rebuttal
8:30 PM
The White House "Semantics Committee" Meeting
General vote on re-branding "Muslim Terrorism" as "Random Acts of Islamic Over-Exuberance"
9:00 PM
“Liberal Bias in Media – How we can make it work for you”
Tutorial sponsored by CBS, NBC, ABC, CNN, the Washington Post and the New York Times with Guest Speaker, Don Lemon
9:15 PM
Tribute Film to the Brave Freedom Fighters still incarcerated at GITMO
by Michael Moore
9:45 PM
Personal Finance Seminar - "Businesses Don't Create Jobs"
Hosted by speaker Barack HUSSIEN Obama
10:00 PM
Group Condemnation of Bitter Deplorable Gun Owners.
10:30 PM
Ceremonial “We Surrender” Waving of the White Flag
10:45 PM
A Kneeling demonstration presented by Colin Kaepernick, included will be a lecture by Bernie Sanders on hating America.
11:00 PM
Short film, "Setting Up Your Own Illegal Email Server While Serving in A Cabinet Post and How to Pretend It's No Big Deal"
Hosted by Hillary Clinton
11:30 PM
Official Nomination of Kamala Harris
Bill Maher and Fredo Cuomo
11:45 PM
Applications for reparations including all those who think they’re African American with minimum 1/1024.
12:00 Group bows down to apology for being white
Attachments: 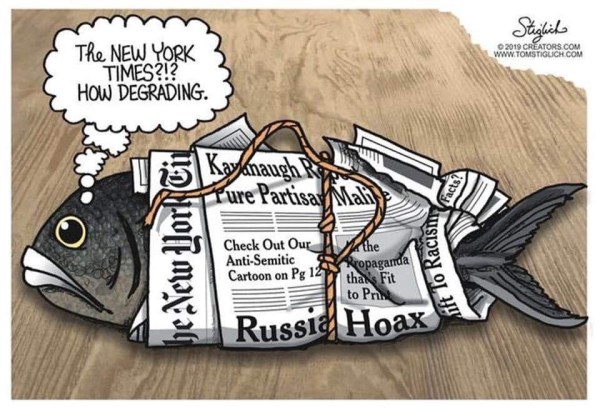 The NAACP said Blackface is OK, if you are a member of the Democrat Party (the party of the former slave owners).

#METOO??? Not a word.
Options: Reply•Quote
Re: Governor Klansman, Lt Governor RAPIST, and Attorney General Blackface --- The Ongoing Corruption of Democrats
Posted by: Coonman ()
Date: November 01, 2019 10:20AM
STILL NO ACCOUNTABILITY FROM THE DEMOCRATS

When a racist photo was discovered on Gov. Ralph Northam’s yearbook page in February, he became an instant pariah among fellow Democrats. A political death watch took shape as the governor used underground tunnels at the Capitol to stay out of sight.

Democrat Governor Klansman Northam …
his nickname is Coonman, wore a Klan outfit to parties, hung out with friends that used blackface. BUT, that's OK, he's Democrat. After all, they founded the Klan.

Democrat Lt Governor Rapist Fairfax …
we all know the women aren't supposed to be believed. Even though these women know exact dates and places the assault took place. BUT, that's OK, he's Democrat. They were just sluts asking for it.

Democrat Attorney General BLACKFACE Herring …
he likes to dress as his favorite black singers (so he says). He admits to at least one time, but we are hearing about more. BUT, that's OK, he's Democrat. After all, they created the whole blackface thing to mock African Americans.