So what HUGE white advantage is it that causes illegals to be violent criminals even compared to other legal immigrants?


Options: Reply•Quote
Re: The truth is that undocumented American workers are vital to the US economy
Posted by: real facts ()
Date: May 19, 2019 10:06AM
Undocumented immigrants less likely to commit crimes than U.S. citizens.

One of the many reasons we should encourage more illegal immigration.
Options: Reply•Quote
Re: The truth is that undocumented American workers are vital to the US economy
Posted by: Common sense... ()
Date: May 19, 2019 10:39AM
It isn't at all necessary that immigration be illegal. That much of it is today is simply the fault of narrow-minded racists and trained-seal right-wing screamers -- the America-hating people that Hillary correctly labeled as DEPLORABLES.

What we actually do need is comprehensive immigration reform than can restore the rational flows of goods and human beings within the major socio-economic zone that has long existed along our southern border
.
Attachments:


It's bullshit 'fact checking' relying on 'studies' intended to reach a forgone conclusion.

First, most selectively intermix data for immigrants and illegals.

Second, most only count incarcerations. Since illegals are less likely identified and less likely to show up after arrest and release, more likely to flee and/or be deported, they'd be greatly underrepresented.

Third, they typically rely on extrapolations of a single data set to represent the whole.

Fourth, and in the best case, they're comparing crime rates against the worst populations of US offenders.

When you actually look at arrests, the numbers begin to change significantly.
When you look at who is sitting in jails, then the numbers are vastly different.

'Comprehensive immigration reform' is just a bullshit talking point.
Options: Reply•Quote
Re: The truth is that undocumented American workers are vital to the US economy
Posted by: Run Jose Run ()
Date: May 19, 2019 11:06AM
U.S. immigration courts recently released their numbers to Congress for fiscal year 2017. These no-shows remain high, with 43 percent of all those free before trial — 41,302 aliens out of 95,342 — disappearing from court in 2017.

Failures to Appear in Court

American immigration courts consistently have the highest failure to appear (FTA) rates of any state or federal courts in the country. From 1996 through 2017, 37 percent of all aliens free pending trial disappeared. From the 2,680,598 foreign nationals that Immigration and Customs Enforcement (ICE) released on their own recognizance, 1,320,000, received deportation orders, 75 percent of them (993,593) for failure to appear. Only 25 percent of this group — some 324,402 people altogether — actually tried their cases.

Contrast this dynamic with accused felons in state court who abscond (i.e., those who jump bail or commit escape) while free pending trial. According to the Bureau of Justice Statistics, 70 percent of these absconders are returned to custody within a year of their disappearance. 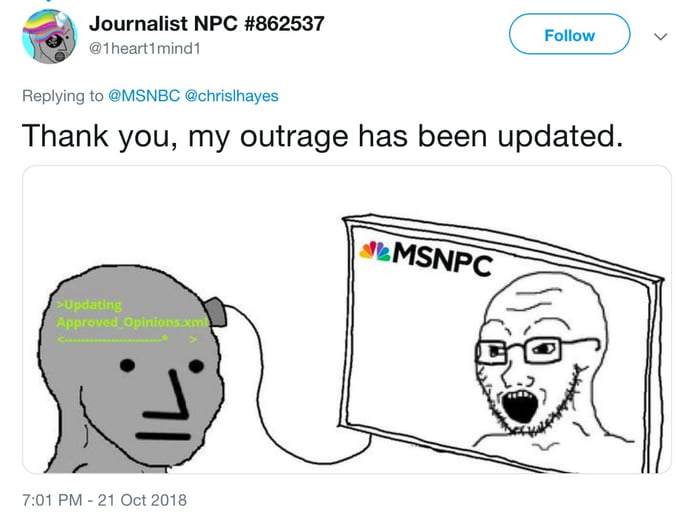 If you happen to run a meat-packing plant, you'll get immigrant Asian and Hispanic applicants plus some native blacks and virtually no whites at all. You'll have to choose from among those as best you can in an effort to build a workforce that can cooperate and work together as is necessary in a meat-packing plant.

Anyone seen FIFY's marbles???
Options: Reply•Quote
Re: The truth is that undocumented American workers are vital to the US economy
Posted by: Found this ()
Date: May 22, 2019 06:33PM Jose Evis Quintana's mugshot on April 17 2017 when he was arrested and deported to Mexico from Castle Rock, Colorado

The father of one of the alleged STEM School Highlands Ranch shooters in Colorado is a serial felon and illegal immigrant from Mexico, DailyMail.com can reveal.

Jose Evis Quintana, the father of alleged 16-year-old killer Alec McKinney was once jailed for 15 months for domestic violence against Alec's mother and 'menacing with a weapon'.

McKinney has been charged alongside his friend Devon Erickson of killing one student and injuring eight others at the school close to Denver, Colorado.

Records show Quintana, 33, who was also deported twice, had a string of arrests in Colorado dating from 2008 to 2017.

Court papers show that despite Quintana terrorizing Alec's mother Morgan Lynn McKinney, 32, he managed to convince her to marry him in 2009, a year before he was first deported.

Quintana, 33, who admitted to having a history of drink and drug problems, was sent back to his native Mexico on December 9, 2010.

Records at Douglas County District Court in Castle Rock, Colorado show Quintana had been jailed for 15 months in August 2009 for 'menacing with a weapon' and domestic violence against hairstylist Morgan.

But just two months later, on August 22, 2008, 5ft 10ins tall Quintana was charged with attempting to kidnap, 'menacing with a weapon', and failing to stop for police.

He was jailed on February 3, 2009, pending his trial, when he failed to see a court official.

Court papers said Quintana 'wishes to stay in custody since he has a problem with drugs and alcohol'.

The court agreed and also allowed Quintana to have supervised visits with Alec and his siblings in jail, on condition Morgan was not present.

On July 29, 2009, with Quintana in jail pending his trial, Morgan successfully gained permanent custody of their three children.

On May 17, Phoenix police arrested 20-year-old Carlos Jacinto Cobo-Perez at his home near 7th Street and Northern Avenue. He was in the country illegally.


https://www.abc15.com/news/crime/pd-man-has-sex-with-11-year-old-girl-outside-her-phoenix-grade-school
Options: Reply•Quote
Re: The truth is that undocumented American workers are vital to the US economy
Posted by: They are the salt of the earth ()
Date: May 25, 2019 01:46PM
An illegal alien from Mexico has been arrested and charged with murdering a beloved 75-year-old grandmother in Houston, Texas.

Marco Cobos, 19-years-old, is an illegal alien from Mexico, a law enforcement official confirmed to Breitbart News. On May 19, Cobos allegedly stabbed 75-year-old Etta Nugent 13 times in her home for 40 minutes to an hour as she begged for her life.


Too bad there are about 25 million in any given year. Only fucking retards still believe that there are 11 - 14 million. That's the number they were throwing around 25 years ago.

Jobs remain vacant because the pay is shit for the work. Those assholes in agriculture, construction, and hospitality need to increase their pay. When they pay just above what someone can get with SSDI, food stamps and other government handouts, the 25% of the perennially lazy simply won't work. Illegals working for $7/hour is a big reason whey the minimum wage has been stuck at $7.25 for over 10 years.

These illegals ship out over $250 billion every year back south (or wherever else they come from) to their first families. That's a quarter of a trillion every year sucked out of the US economy. Almost $40 billion goes to Mexico alone. The Mexican economy makes more money from US to Mexico remittances than they do from their oil. It is a close second to gang cartels as the biggest part of the Mexican economy.

Let me tell you to go fuck yourself, you worthless douche.
Options: Reply•Quote
Re: The truth is that undocumented American workers are vital to the US economy
Posted by: They don't belong here MF ()
Date: May 25, 2019 04:43PM
What happens as more jobs are automated and phased out?

What's the plan then?

Population is the primary driver for climate change.

The carbon footprint of an immigrant increases dramatically by moving to the US.

Immigrants are killing the planet.

Population growth in the US is driven by immigration and the higher rates of birth of immigrants.


If you want to save the planet, then yes.

A person who stays in Central America produces 1/5th the CO2 vs that same person when moved to the US. Not counting the even greater production by their children.

Your brain bucket is full, but what happens to a bucket with a huge hole in the bottom? Go figure it out for yourself!
Options: Reply•Quote
Re: The truth is that undocumented American workers are vital to the US economy
Posted by: Immigrants Cause Climate Change ()
Date: June 16, 2019 08:46PM
The truth is that immigrants are responsible for the increase in US planet-killing CO2 emissions.

Helps if you can do the link correctly. Try the version just above.
Options: Reply•Quote
Re: The truth is that undocumented American workers are vital to the US economy
Posted by: National Report Illegals Day ()
Date: July 13, 2019 10:42PM

You seem triggered. You are a crybaby bitch boy. Maybe you should move back to Europe.
Options: Reply•Quote
Re: The truth is that undocumented American workers are vital to the US economy
Posted by: They do the brutal murders... ()
Date: July 17, 2019 01:05PM
That Americans don't want to do.