Welcome to Fairfax Underground, a project site designed to improve communication among residents of Fairfax County, VA. Feel free to post anything Northern Virginia residents would find interesting.
Goto Topic: Previous•Next
Go to: Forum List•Back to Forum•Post New Topic•Search•Log In•Print View
Weak Woke Democrats Try To Blame Trump For JOE BIDEN'S Colossal Failure In Afghanistan -Its Not Working!
Posted by: JOE OWNS HIS MISTAKES ()
Date: September 13, 2021 09:49PM
Even the Arabs see through the Democrats lame lies as they desperately try to cast blame on the unblameable President Trump'who left office Jan 20 2021 at 1200 noon when Joe took over as US President

Its all JOE BIDENS doing .His colossal failure in Afghanistan leaving Americans behind and losing 80 billion in arms that will be used in the future against our people, JOE had 8 months to deal with it before he acted, where was any line in the sand that said JOE had only 8 months as JOE paid no attention to anything Trump did that was good !

JOE Biden just told the American people "THE BUCK STOPS HERE" Stop the lying JOE BIDEN ! Just like you said "Ill Heal America" when you were worn in .

Joe Biden is the worst US president now of all time as the chants grow larger across this nation F JOE BIDEN !

"Washington, DC – As Democrats in the United States scramble to defend the Biden administration against growing criticism for the country’s chaotic withdrawal from Afghanistan, a new tactic is emerging: highlighting former President Donald Trump’s role.

At a congressional hearing on Monday, US Secretary of State Antony Blinken stressed that President Joe Biden inherited a Trump agreement with the Taliban that stipulated that all US troops would leave Afghanistan by May of this year."

Tough Shit JOE! Its your responsibility since Trump left office there was no treaty deadline there confirmed by the US Senate , you just can't hack it Joe and Blinken , you were far too concerned putting illegal foreign nationals above US citizens and pandering to race for votes .

JOE reversed all types of TRUMPs executive orders so what's he bitchen about now , Its his watch ! Deal With it Democrats your boy is no good !

"Locked-in by the Trump agreement?

Although President Biden makes claims about accepting responsibility for the debacle, he nevertheless almost always follows with statements assigning blame elsewhere. Foremost among these is his insistence that he was, in essence, locked into withdrawal by the 29 February 2020 Trump administration agreement with the Taliban.

This is inaccurate. In the first place, let’s note that President Biden has shown no reluctance to reverse any number of Trump actions, so it is unclear why he believes he could not do so here. Secondly, the agreement itself was a political commitment with a non-state actor that is non-binding under international and domestic law. For our third discussion point, let’s explore the international law aspect a bit more."

IT was not a US Senate confirmed treaty which would have legally bound President JOE Biden to it . It was an political agreement between President Trump and the Taliban to bring peace to Afghanistan ! JOE could have done as he pleased as US President , nothing but weak lies lame attempts to shift blame and propaganda always from DEMOCRATS!
Options: Reply•Quote
Re: Weak Woke Democrats Try To Blame Trump For JOE BIDEN'S Colossal Failure In Afghanistan -Its Not Working!
Posted by: Fuck Joe ()
Date: September 13, 2021 10:05PM
.
Attachments:

Options: Reply•Quote
Re: Weak Woke Democrats Try To Blame Trump For JOE BIDEN'S Colossal Failure In Afghanistan -Its Not Working!
Posted by: Joes Gotta Ask First ()
Date: September 13, 2021 10:23PM
Before he open's his mouth guess someone was on vacation on the Vineyard when Afghanistan went down and I mean down
Attachments:

Options: Reply•Quote
Re: Weak Woke Democrats Try To Blame Trump For JOE BIDEN'S Colossal Failure In Afghanistan -Its Not Working!
Posted by: uvkhp ()
Date: September 14, 2021 09:58AM 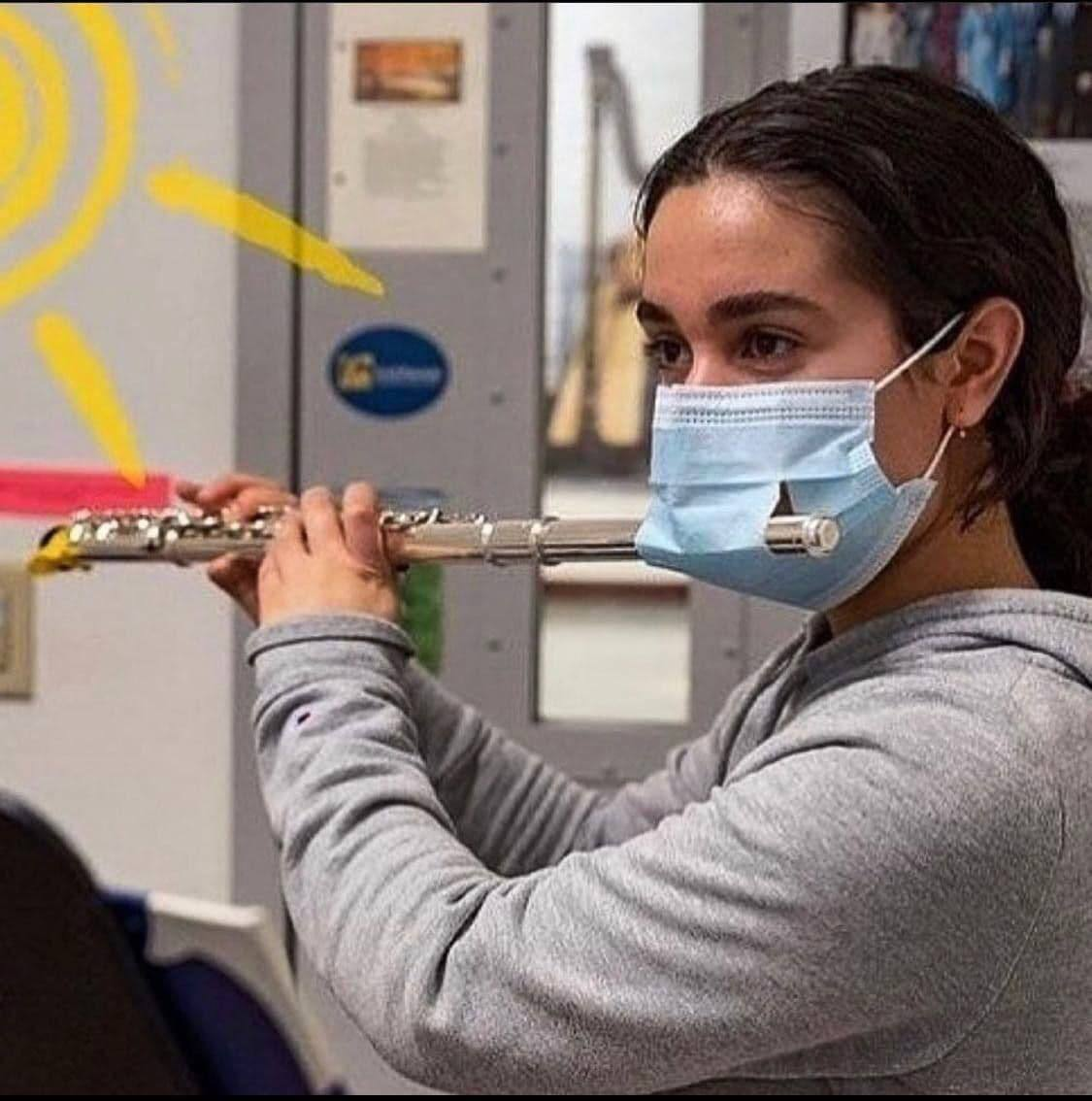 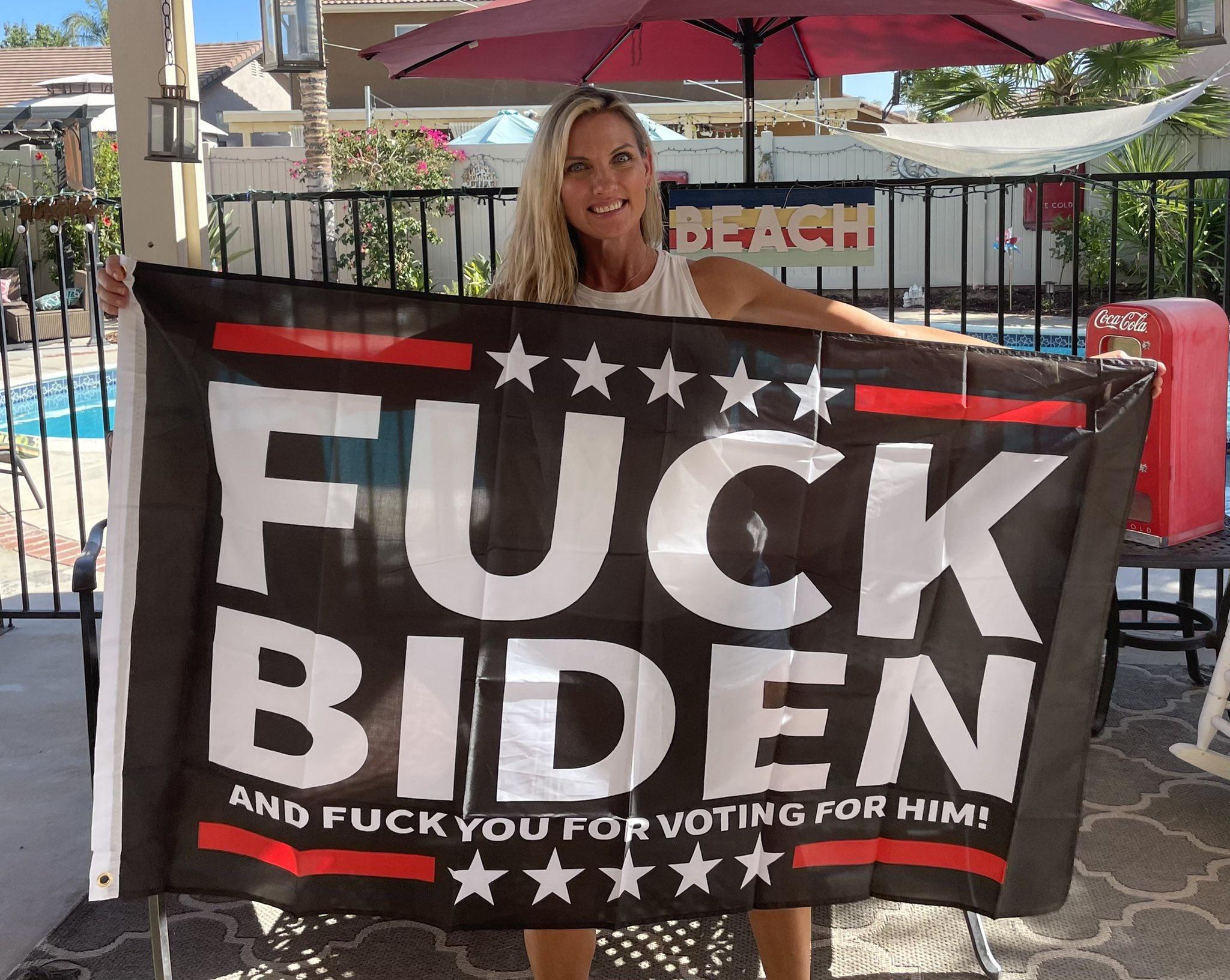 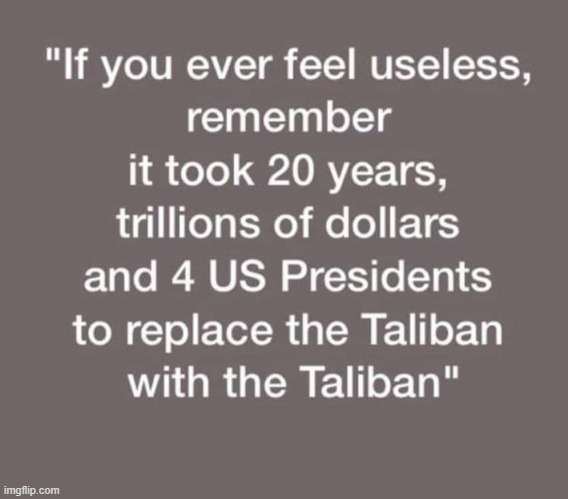 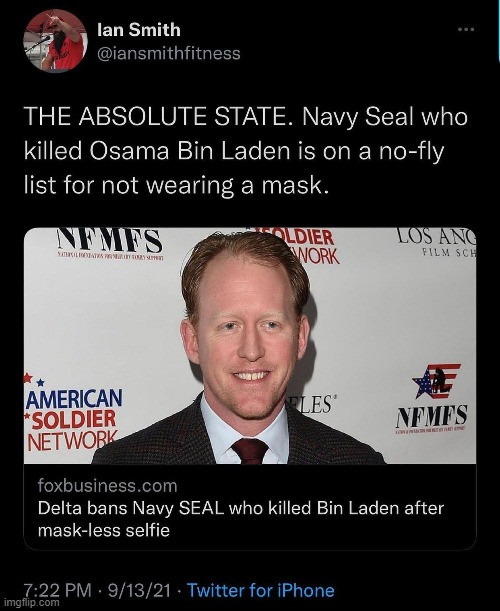 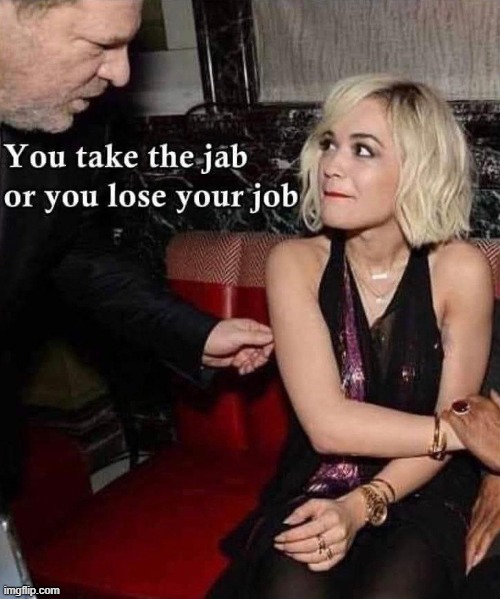 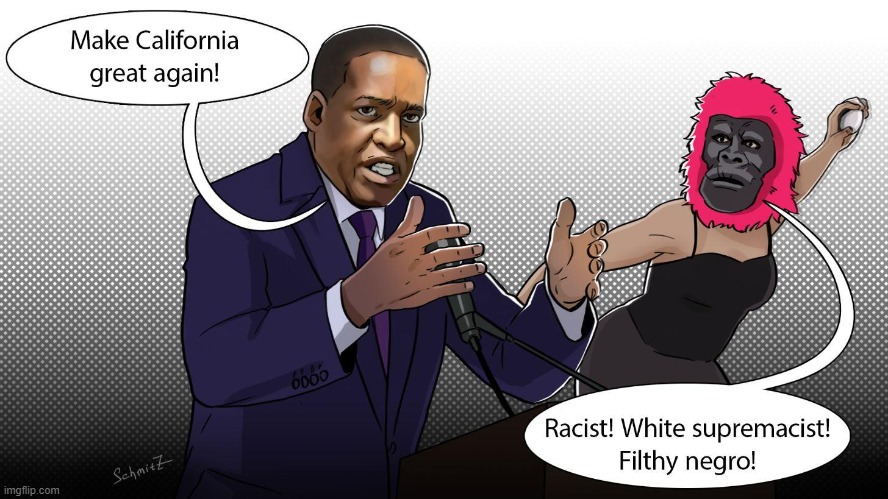 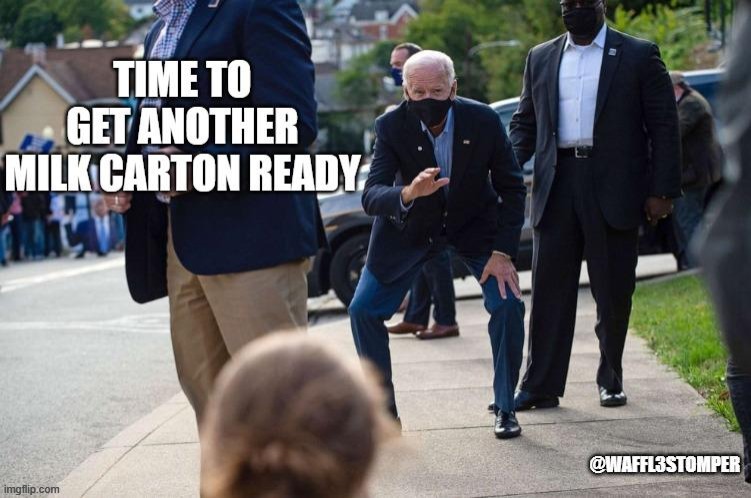 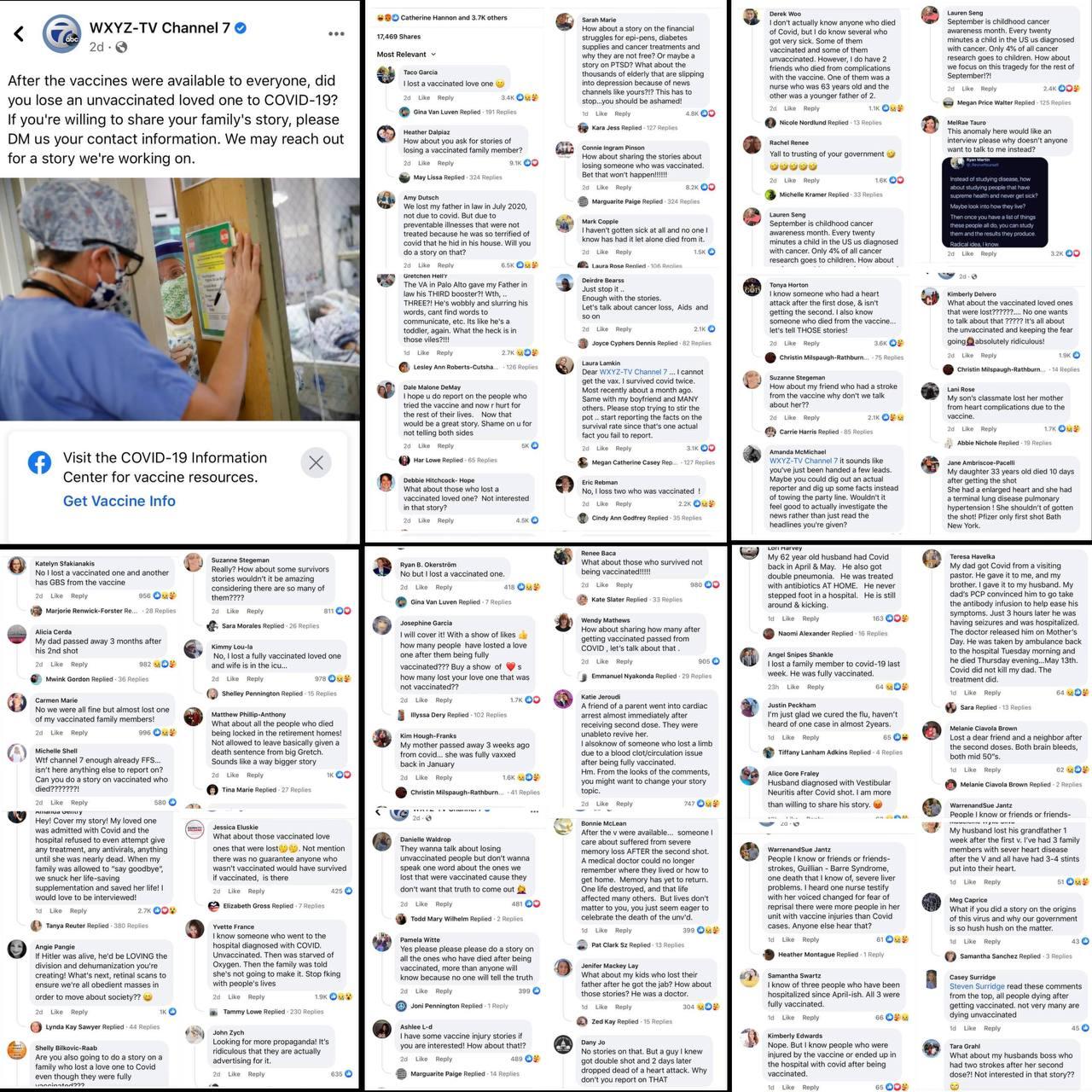 Options: Reply•Quote
Re: Weak Woke Democrats Try To Blame Trump For JOE BIDEN'S Colossal Failure In Afghanistan -Its Not Working!
Posted by: Trump Plan Was Far Worse ()
Date: September 14, 2021 10:03AM
Trump wanted all the Troops to leave by Sept 2020, but the Pentagon fought back and said that would lead to complete chaos in Afghanistan.

The Pentagon refused to do it.
Options: Reply•Quote
Re: Weak Woke Democrats Try To Blame Trump For JOE BIDEN'S Colossal Failure In Afghanistan -Its Not Working!
Posted by: Get Real Information, Not Lies ()
Date: September 14, 2021 10:07AM
President Trump’s promise to abruptly pull all U.S. troops from Afghanistan generated confusion Thursday, as the Pentagon indicated it had received no orders to alter plans for a conditions-based withdrawal and Afghan negotiators voiced concern that a hasty exit would intensify challenges to peace talks.

The president’s suggestion on Twitter that thousands of troops would depart within less than three months injected a new element of uncertainty into efforts by diplomats and military officials to usher nascent peace negotiations toward a potential settlement ending the nearly two-decade conflict.

“We should have the small remaining number of our BRAVE Men and Women serving in Afghanistan home by Christmas!” he wrote on Twitter on Wednesday evening.

It was not immediately clear whether the president’s pronouncement signaled a lasting change in policy or constituted an appeal to voters weeks before the Nov. 3 election. Bringing back troops from costly overseas wars has been a central element of Trump’s foreign policy since before his election in 2016, and Afghanistan, now America’s longest conflict, has figured chief among them.
Options: Reply•Quote
Re: Weak Woke Democrats Try To Blame Trump For JOE BIDEN'S Colossal Failure In Afghanistan -Its Not Working!
Posted by: What A Fucking Lier ()
Date: September 14, 2021 10:12AM
Trump Plan Was Far Worse Wrote:
-------------------------------------------------------
> Trump wanted all the Troops to leave by Sept 2020,
> but the Pentagon fought back and said that would
> lead to complete chaos in Afghanistan.
>
> The Pentagon refused to do it.


This is yet one more flat out lie from you.

Trumps 21 page agreement had the U.S. pulling out in May. The tally bon
didn't hold up their end. Biden was given a plan and a date from Trump.
Biden threw the entire thing out and instituted HIS own. The outcome
was highly predictable when a dementia patient plays president.

The pentagon brass is responsible though, for agreeing with Biden on this cluster fuck
Options: Reply•Quote
Re: Weak Woke Democrats Try To Blame Trump For JOE BIDEN'S Colossal Failure In Afghanistan -Its Not Working!
Posted by: Bill.N. ()
Date: September 14, 2021 12:43PM
Joe Biden is not to blame for the timetable of the American withdrawal or for the collapse of the Afghan government and Taliban takeover. The timetable for the American withdrawal was set by Donald Trump. That the Afghan government would collapse once the American military was withdrawn was foreseen even before Trump signed the deal with the Taliban. That Trumptardz refuse to acknowledge these facts shows how utterly deluded they are.

No Bill that was a agreement with Trump and the Taliban , nothing was set in stone here with our military , there was no US treaty binding Biden to anything , its his entire fault , remember the "BUCK STOPS HERE", Joe is a typical Democrat hypocrite Bill .

Biden's slate was clear to do what he wanted in Afghanistan he reversed so many of Trumps orders for spite why did he let one get in his way, Joe Biden failed that's all there is to it , Democrats impeached Trump after he was out of office they defiled Trump with attack after attack Its all Joe Biden's doing , he made his own tough luck

Bill time?? Biden is the president , He sets the time table since Jan 20 2021 after 1200 noon !
Options: Reply•Quote
Re: Weak Woke Democrats Try To Blame Trump For JOE BIDEN'S Colossal Failure In Afghanistan -Its Not Working!
Posted by: FUV ()
Date: September 14, 2021 10:30PM
People are waking up.

Worst thing is coming here.
Not helping anyone.
Get out of the spiral and get yourself help.
Tell the therapist you can’t stop coming to this site.
For a fight.
Fix shit and look at the real world.
Out your window.
Options: Reply•Quote