They lied to you by not telling you they had passed "that law".

They lied to you when they sold the car (when legally: obvious flaws MUST be disclosed, commercial law is quite clear about that)

ALSO - YOUR CAR'S ENGINE CONTROL IS BY REMOTE CONTROL. A COP OR EVEN SOMEONE WHO ORDERS THINGS ILLEGALLY FROM CHINA: CAN DISABLE YOUR CAR REMOTELY. Perfect for the car dealership without enough business, niggers planning on doing a robbery, and dishonest cops. 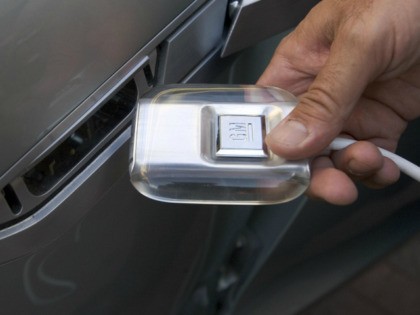 now you know! it is a bitch of democrat congress mandated to be put in cars
Re: Pro Hacker Reveals How Cars Spy on You… Obama traitor asian ware that's in your car
Posted by: breitbart ()
Date: December 27, 2019 02:50PM
legitimate question: does this have to do with car maintenance?

NO. the basic system was initialy for firing control and diagnostics.

HOWEVER CONGRESS'S MODIFICATIONS went well beyond the scope of what the mechanic wants or desires. it is NOT part of a normal maintenance system a mechanic uses.
Re: Pro Hacker Reveals How Cars Spy on You… Obama traitor asian ware that's in your car
Posted by: breitbart ()
Date: December 27, 2019 02:52PM
also - there are various Televised news reports on "government ware" showing it can disable a car remotely and that congress demanded it be installed

Barack Obama departed the White House with an approval rating of over 50%. However, in spite of his image as a “progressive” president, his legacy includes precarious work, increased racial tensions, a new impoverished generation that is drowning in debt and the deportation of millions of immigrants.

Although he intends to present his legacy on foreign policy as that of a President who reestablished trade relations with Cuba and attempted to put in place a policy of dialogue with Iran, his presidency was marked by trade wars with Europe and an escalation of the crisis in Syria and Iraq.

The last few days of his administration have been loaded with highly symbolic gestures such as the Medal of Freedom awards to progressive figures and celebrities or the commutation of the sentences of political prisoners, like the Puerto Rican Independence activist Óscar López Rivera and the former soldier Chelsea Manning who leaked documents to WikiLeaks. Yet, Obama did refuse to commute the sentence of Leonar Peltier, a Native American activist convicted of killing two FBI agents in the 70’s, despite evidence to the contrary.

In spite of these last gestures, Obama left Washington with a dire record on immigrant deportations and drone strikes and without having fulfilled his campaign promise to close the prison at Guantanamo Bay.

During his presidency, unemployment dropped to its current 4.9 % (about 7.8 million people). But what the mass media does not report is that the great majority of the 14 million jobs created after the 2008 economic crisis are precarious jobs, mostly in the service sector, with low wages.

The emergence of the Fight for 15 movement is, in part, a response to the creation of low-paying jobs under Obama’s administration. Despite the enormous pressure to increase the minimum wage, only a few increases were approved at a local and state level. The federal minimum wage remains stagnant at $7.25 an hour.

Although the US government spent over 3 trillion dollars in financial stimulus packages, the beneficiaries were not those who most needed it. Banks and corporations were bailed out while workers’ wages remained at the same level and poverty increased to up to 13.5 % of the population. As a result, from 2009 to 2012, the income of the richest 1% increased by 31 % while that of the rest of the population remained the same.

The resistance against this enormous transfer of resources towards a minority of multimillionaires led to the emergence of the Occupy Wall Street movement, which denounced the increasing inequality between the income of the 1% and that of the rest of the population. Obama was the architect of the policy of instituting bailouts of banks, the financial sector and large corporations.

Millennials (born after 1980) are the first generation in the US that will have worse living conditions than their parents. With precarious jobs and almost no possibility of establishing financial independence from their families, many also do not have access to higher education.

A large portion of the population has been denied this possibility or is graduating with increasingly onerous debts. The last generation that graduated broke records with an average debt of $35,000 per student.

This issue was one of the reasons that millions of young people supported Bernie Sanders’ candidacy in the Democratic primaries, where he presented a program to provide free higher education for all. Obama had made no change whatsoever to this perverse for-profit education system, and Clinton only began to address the matter once it became clear from Bernie’s campaign that it was an important issue among democratic voters.

The last two years saw an increase in racist police brutality which led to waves of protests throughout the country, beginning in Ferguson and spreading to cities like Baltimore, New York, and Charlotte.

With regard to income, the racial disparity is overwhelming. While the average income of white families was $58,000 a year in 2007 and dropped to $55,000 in 2013 while this figure dropped from $41,000 thousand to a disproportionate $34,000 for non-white families. The racial gap has clearly widened during the Obama Presidency.

The emergence of the Black Lives Matter movement is a profound reaction to institutional and historical racism. The end of the illusion that a post-racial society was possible in the United States is part of the increasing discontent due to Obama’s unfulfilled promises.

Obama’s healthcare reform, which had been announced with great fanfare during the campaign and implemented in 2014, was custom-made for the benefit of healthcare corporations. Although there was an increase in public coverage for the poor in the form of Medicaid, most of the newly insured are covered under the “individual mandate” that forces all individuals to buy health insurance on the market. Nevertheless, about 30 million people still have no coverage, not including undocumented immigrants, who are not included in the statistics.

While Trump’s xenophobic and racist statements may make Obama look like a champion of immigrant rights, he will be remembered as a serial deporter of undocumented immigrants.

In 2014, Obama announced an executive order that would grant temporary residence to 4 million immigrants who came to the United States as minors, a policy that left out 7 million undocumented immigrants. Implementation of the order has been prevented by various state governments. But this measure did not stop Obama from deporting 2.5 million people, more immigrants than any other president in the history of the United States. G.W. Bush only deported 23% of that number.

Obama’s legacy also includes his responsibility in the crises and wars in various Middle Eastern countries. In spite of a reduction in the presence of US troops in Afghanistan and Iraq, Obama maintained US military intervention in those countries and expanded the use of drones, which has reduced US casualties, but increased those among the civilians of other countries. The clearest case of this exists on the border between Pakistan and Afghanistan where “collateral damage” is a constant.
Obama bombed more countries than President Bush- seven against Bush’s four. Obama dropped 72 bombs a day, the equivalent of three an hour in 2016.

As part of the “war on terrorism,” Obama supported the Saudi monarchy in its bombing of Yemen and directly financed the development of weapons by the Israeli army. The United States also led the coalition against the Islamic State in Syria in the civil war that has cost the lives of over 350 thousand people in the past five years. This policy has sunk the region into a humanitarian crisis of historic proportions, which has taken shape, among other ways, in the current European immigration crisis.

Who Occupies the White House

There is no doubt that Donald Trump and the Republican majority in both the House and Senate are preparing to put in place a series of reactionary policies. They have even threatened to roll back previous gains such as women’s right to to reproductive health, including the right to choose, and to implement stricter measures against immigrants, among other policies.

The next White House occupant will be no friend to workers, immigrants, African Americans, or women, which is why massive marches were organized against Trump the moment the results of the election were announced. But beyond his gestures and speeches, Obama’s two terms made it clear that the White House occupant is always the representative of the imperialist bourgeoisie and, the leader of the world’s top military superpower.
Attachments: