Welcome to Fairfax Underground, a project site designed to improve communication among residents of Fairfax County, VA. Feel free to post anything Northern Virginia residents would find interesting.
Goto Topic: Previous•Next
Go to: Forum List•Back to Forum•Post New Topic•Search•Log In•Print View
Cheap Easily Picked Locks On Mail In Vote Ballot Drop Boxes = Vote Fraud
Posted by: Fraud Alert Fraud Alert Fraud Al ()
Date: August 07, 2020 12:28AM
Take a look at this cheap tin mail ballot drop box in a picture on mail in vote mailbox security in the Wash Post article on ballot box security two cheap locks that can be easily picked or opened by jiggling common desk type keys in it . Its a flimsy desk type lock or cheap fake "fireproof" metal box lock where cheapskates' keep money , these cheap locks can't keep kids out of the candy wives out of hubbys cash or lib teens out of the weed , no less the votes of US citizens.

Pick the doors cheap locks , take out all the ballots lock the door ,go to another location use a computer to sift through voters names of registrations by party and remove the Republican voters ballots reopen the box replace the Democrat voters ballots , and relock the door simple as 1 2 3 4 Fraud !

This is not A US Mail box with a special lock that is used on all mail equipment , but if it was that's no reason that it will not happen with Democrat activists in US Mail uniforms with a postal key doing the dirty work , just a touch of the various ways that Democrats can cheat to steal this election which is why Democrats want mail in voting so very bad it hurts !

Mail in votes should be outlawed by SCOTUS or by executive order of the president and let Dems take it to SCOTUS to lose . Election day is November 3rd set by the constitution , Congress can change the day to later but mail in votes are a guaranteed way to cheat legal voters out of their lawfully cast vote with so many ways to cheat its mind boggling such as the lazy low IQ Antifa method , just drop some gas into the box and torch it , Will everyone who voted get the word that "their ballot" went up in flames ?? OR just Dems ? Too many twists and turns and evil vote thieving snakes slithering around with this Democrat concocted mail in vote SCHEME! They ought to stencil VOTES FOR JOE on the box

https://www.washingtonpost.com/ Not a subscriber you'll have to look for the story to get the full URL
Attachments:

Vote early, vote often.
Options: Reply•Quote
Re: Cheap Easily Picked Locks On Mail In Vote Ballot Drop Boxes = Vote Fraud
Posted by: picked locks? ()
Date: August 07, 2020 12:40PM
No locks to pick there, if I see a Biden sign in their yard the mailbox gets a free cleaning 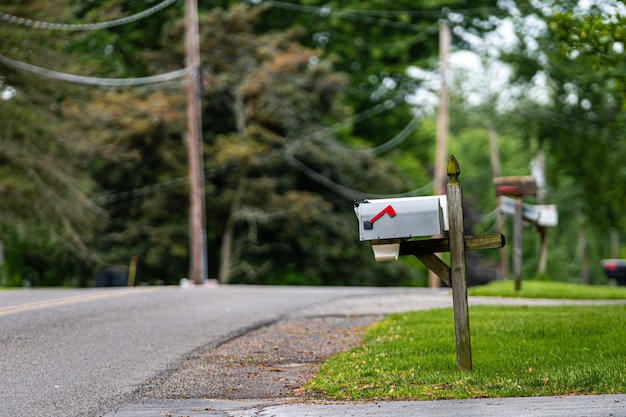 Options: Reply•Quote
Re: Cheap Easily Picked Locks On Mail In Vote Ballot Drop Boxes = Vote Fraud
Posted by: Sure Illegals Need A SS Number ()
Date: August 07, 2020 04:12PM
My SS number and anyone else's they can come up with nullifying legally cast votes of American citizens

Oh JOE will fix that with Free heath care for illegals as you swelter it out with Democrats tax raises and in your face laws taking away your rights as they reward illegals with amnesty and social programs for those public charges that should have never been allowed into the USA for its welfare
Options: Reply•Quote
Re: Cheap Easily Picked Locks On Mail In Vote Ballot Drop Boxes = Vote Fraud
Posted by: 9807dsfjf ()
Date: August 09, 2020 02:17PM
we all already know "the real danger"

(1) voters banging on the doors not let in

they can steal the election and release fake news while FOX 1/2 heartedly "disagrees", congress will swear to prosecute and 10 yr down the road have maybe one conviction