In June 2017, Fairfax County Police detectives were assigned to investigate a report of sexual assault stemming from ads placed on Craigslist. Rauf, posing as an employer seeking applicants for a secretarial position in Reston, would arrange to meet female applicants at an office building in Reston.

When the applicants arrived, they would be advised that the building was under construction and the interview would be taking place in Rauf’s vehicle. Detectives were able to trace the IP address of 50 similar Craigslist ads back to a business in Sterling and Rauf was positively identified in a photo lineup.

He is the brother of MUMTAZ RAUF, who was charged months ago with illegally filming girls in the Fair Oaks dressing room. Sounds like a sick family with perversion in their bloodline. Deport their Mama.
Attachments:

Options: Reply•Quote
Re: IMTIAZ RAUF, a 45 yr old "Gainesville Man" Sentenced to 6 yrs in prison for child pornography
Posted by: Gerrymanderer2. ()
Date: March 16, 2019 10:26PM
None of this is a suprise to anyone. As muslims are the worlds leading pedophiles. 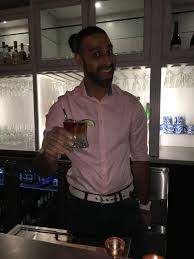 this is why camel jockeys should get deported. send 'em back 2 the shithole countries they came from.

Of course, now the libs R in charge in VA, so they'll encourage this kin d of thing from towelheads & MS-13.
Options: Reply•Quote