Home•Fairfax General Forum•Arrest/Ticket Search•Wiki new•Pictures/Videos•Chat•Articles•Links•About
Don't use a space heater until you check your outlet, a fire could result.
Posted by: fire safety ()
Date: January 21, 2019 11:15AM
A fire today was due to someone using a space heater on an extension cord, it was said.

If a space is on an outlet then you can't plug anything else on that outlet or any tied outlet either. It uses 12.5A, your outlet is 15A max however 80% of 15A is the maximum "continual load" which is 12A - so your already done when you start.

You can find that out by snapping off a breaker and seeing what outlets no longer work: all of these are together, meaning ONLY ONE "amp eater" can be on them. 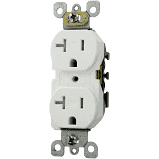 Light bulbs and lighting do count as "amp eaters" unless they are low wattage LED ones (say, 9W - not 60W).

you can feel the wire: it should be mildly warm to touch (at most 120-140 deg, a little warmer than body temperature) but not "warm" (it should not be able to heat your hands) and definitely not hot.

the same goes for any insulated wire going into your electrical box (with the warning don't touch any exposed metal). you can't feel the wires behind the wall and that's a shame because it's true one leg may be hot but the tail near the box is not - due to poor conductivity (wires not making good contact, about 15-24 ft/lb of pressure pressing copper together is needed - which wire nuts and outlets screws are meant to apply).

breakers throw if the amps spike above the rating only - they are NOT designed to throw due to excess heating from having too many appliances on the same breaker (the same circuit). you as the human about are supposed to know better.


This post is racist because it it too technical, and requires the ability to read.
Re: Don't use a space heater until you check your outlet, a fire could result.
Posted by: fire safety ()
Date: January 21, 2019 11:55AM 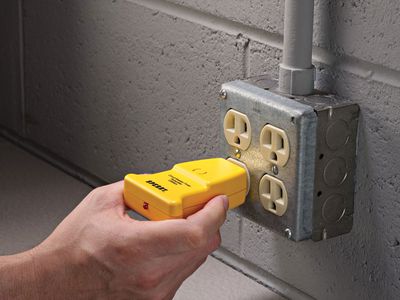 you should regularly check or replace your (rough housed) outlets

an outlet broken in any way (say, plastic broken or rattling) should be replaced immediately (unless a an electrician can say there is no inner damage - which is difficult to say because the brass inside an outlet can have intermittent bad contact if an outlet cracked)

older homes should be particularly aware that the screws holding on wires may already be loose in the outlet, and these need to be checked in a safe manner - all of them - even if they appear to be working "fine".

Re: Don't use a space heater until you check your outlet, a fire could result.
Posted by: fire safety ()
Date: January 21, 2019 11:58AM
the above tester is cheap and everyone should have one

OFF TOPIC. but these can be dangerous

but THAT NEWS may be fake news: these "new" ones are made cheap as possible all in china - they have "small fasteners". small fasteners and heat done mix: they pop off. a heater which is "unraveling itself" is a fire waiting to happen and big business isn't going to give you those warnings (it would reduce their import markup sales). there's a reason old stoves are not thin metal but iron with heavy fasteners: it's because small fasteners and rust holes in thin metal caused fires.

big media is never going to tell you if homes caught on fire due to failures in these imports. you can't sue a china company either: they are in another country why would you think you could sue them? which caught fire first - the oil heater or the surrounding material?

A SAFE WELL MADE STOVE OR HEATER HAS TWO LONG PIPES, one to bring in fresh air for the flame (so you dont' have a window open letting the warm air out), the other so exhaust gasses done choke the people indoors.

UNFORTUNATELY, MOST DO NOT CONSIDER IT NECESSARY TO HAVE TWO SUCH PIPES WHEN HOMES ARE BUILT - infact many home hvac have no oxygen intake pipe and letting in fresh air at times is necessary for safety if your house is "well sealed"

What You Must Know About Kerosene Heater Repair - HomeQuicks - they're a disposable product from china - the idea you can fix it is wrong - if you merelate take one apart and re-asseble it you may have made it unsafe - if you don't have to break it to achieve doing that
Re: Don't use a space heater until you check your outlet, a fire could result.
Posted by: what could go wrong ()
Date: January 21, 2019 02:26PM
you have a 2,000 degree hot box sitting on top of a tank of keroscene fuel, which if gets looks, will run onto the floor flaming - and it won't matter if bricks are under it at that point it would set the floor and probably ceiling on fire 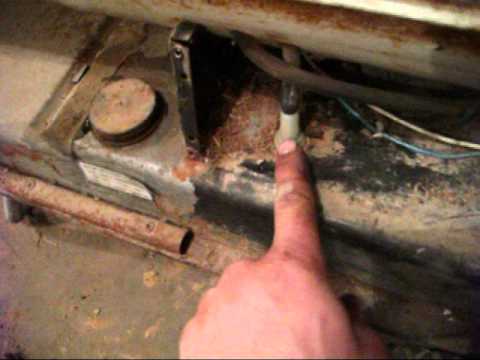 this guy things a fuel filter may be his "issue" with performace. to the right of his finger (outside of camera shot) is a network of 120V wires the chinese unit uses. this guy has yet to realize he has 120V wires on his rusty frame and rusting fuel tank right below the hot exhaust of a keroscene flame. he'd better hope the fan doesn't fail: if the wires melt they could burn an elecgtrical arc hole through that flimsy tank very easily. if the wiring is loose it could cause the same even if keroscene heat doesn't cause the problem.

chinese smart: run your wires between an oil tank and a 2,000 degree hot box with no protection whatsoever - rusty frame ready to break if dropped, and etc.

if you ever (still) have had a home oil furnace you'll probably remember it had no wires! gee wonder why? against the law is why, actually.
Re: Don't use a space heater until you check your outlet, a fire could result.
Posted by: xxb9w ()
Date: January 21, 2019 02:40PM 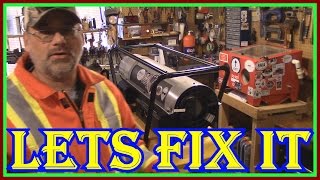 
I don't trust the Chinese. They have been the ones (along with India) who have been using carcinogens in blood pressure medications. So far, there have been many drug recalls over the past 6 months to this issue.

Re-wire any outlets using those shitty push-in connections to use the screw terminals instead. This would go a long way towards improving safety and reliability.
Re: Don't use a space heater until you check your outlet, a fire could result.
Posted by: ArthurBrent ()
Date: July 23, 2019 10:46AM
Standard electric heaters are really unsafe, especially if the house has old wiring. However, there are more modern infrared heaters that are more compliant with safety regulations. You can hop over to here to watch this model. I took one for the garage, but it could well be used in the house.
This forum powered by Phorum.