Home•Fairfax General Forum•Arrest/Ticket Search•Wiki new•Pictures/Videos•Chat•Articles•Links•About
Re: NBC4's Erika Gonzalez
Posted by: have a good day ()
Date: August 15, 2014 11:05PM
who said anything about blacks.> A great ass is natural to the latin women whereas on a white or other race women it is due to being overweight or unnaturally grown such as ass implants (nicki minaj, kim kardashian) or grown thru excercise.< 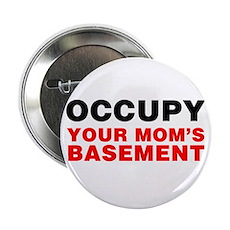 Aaron Gilcrist makes Jim Vance look like Malcom X. Seriously, though, he is really smooth at this.
Re: NBC4's Erika Gonzalez
Posted by: erika pet peeve ()
Date: August 21, 2014 11:48AM
She definitely toned down on the last name, but, I cant understand for the life of me why she cant say Gonzalez in a native english pronunciation. She speaks english very well.

rant
Re: NBC4's Erika Gonzalez
Posted by: 395runner ()
Date: August 28, 2014 06:56AM
I was googling to see if she has an employment page and found this instead. I don't speak Spanish well enough to tell what is wrong with her voice on the news items, on weather she sounds fine.

Re: NBC4's Erika Gonzalez
Posted by: Are we too hard on Erika? ()
Date: September 01, 2014 08:19AM
Maybe I am not that experienced with watching news anchors, but, I was watching the weather channel and Adaris Rodriguez says her last name with an accent,( &, too my surprise I had no problem with it like I do Erika).


Who is that suppose to be??
Re: NBC4's Erika Gonzalez
Posted by: Polo ()
Date: September 21, 2014 07:32PM
I REFUSE to watch NBC news when Erika is on saying GOONZALLES. Why can't she just pronounce it normally? She is a good anchor but is annoying when she over annunciates! It's SO obvious that she is going out of her way!

All we're saying is, she is totally capable of speaking perfect English, but she insists on pronouncing Spanish words with an accent. Do you hear Pat Collins (of Irish decent) pronouncing words like "leprechaun, shillelagh or tam-o-shanter like he is the Lucky Charms leprechaun? Hell no. He speaks 'Merican.
Re: NBC4's Erika Gonzalez
Posted by: MrQRO ()
Date: December 23, 2014 10:11PM
Pat is an American, you fuk-Tard, born, and raised here! Of course he doesn't pronounce words with a brogue.... I'm of German decent, but was born and raised here, so I don't sound like Coronel Klink!

Well stated. There are days when she is extremely hot and there are days when you go, "what happened". Unfortunately for her, she is a second tier talent. She speaks out of the side of her mouth. Watch the left side of her mouth twitch back whenever she speaks. Once she says something off scripts it screams local cable news.
>
> She is a solid 7 not an 8 especially being latina
> she might be a 6.
>
> P.S. I just wanted this to sound good, her ass is
> flat as "h". Her zumba video says it all. Really
> depends on what she wears. I am sure nothing is
> there nude.
Re: NBC4's Erika Gonzalez
Posted by: BBQIguana ()
Date: December 31, 2014 09:44AM
BBQI is very upset that Erika is off the market. I now have a new favorite:


Attitude directly detracts from "hotness". Bowser is so full of herself any other redeeming quality is gone.
Re: NBC4's Erika Gonzalez
Posted by: stephen e mcconnell ()
Date: January 02, 2015 06:13AM
looks like pat muse is wearing boots in that pic. that doesnt happen often
Re: NBC4's Erika Gonzalez
Posted by: giddyup ()
Date: January 02, 2015 10:31AM
Erika's reaction when she learned of Fairfax Underground's existence.

I like when she says it honzalez her mouth opens up nicely
Re: NBC4's Erika Gonzalez
Posted by: Brownies ()
Date: November 02, 2018 11:29AM
I haven't seen Erika nipping out. I've seen almost all the others will high beams on, but never Erika. She must wear some serious undergarment protection to protect those massive, brown nippolas.
Re: NBC4's Erika Gonzalez
Posted by: Code Breaker ()
Date: November 04, 2018 01:01PM
Some days she pronounces her name Gonzalez and other days she says Honzalez. Is there a rhyme or reason to this?


Yes - When she says "Honzalez" she is secretly calling out to all her fans here on FFXU.
This forum powered by Phorum.